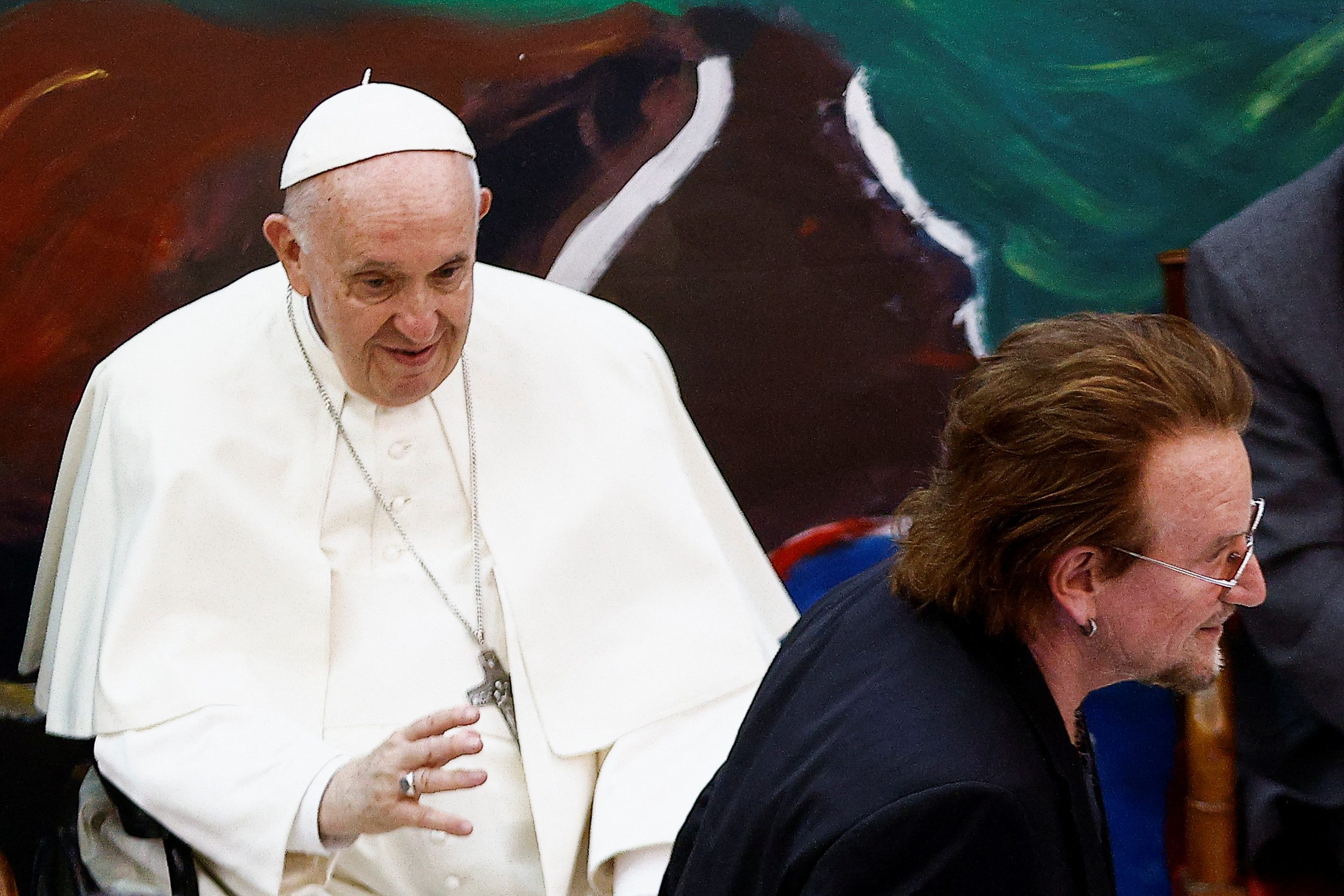 U2's frontman Bono walks next to Pope Francis during the inauguration of the 'Laudato Si' School in Rome, Italy, May 19, 2022.

ROME, Italy – They didn’t sing together but U2 frontman Bono and Pope Francis were in harmony about their concern for the planet and the power of women to change the world when they met in Rome on Thursday, May 19.

Bono, 62, and the 85-year-pope shared star billing at an event organized by Scholas Occurrentes, a worldwide network of schools that promotes virtual and in-person encounters and aims to boost educational opportunities.

The movement was founded in the pope’s native Argentina when he was still archbishop of Buenos Aires and has since spread to more than 70 countries, many in the developing world. In a question-and-answer session at a Rome university, Irishman Bono asked the pope:

“Girls’ education is a superpower in fighting extreme poverty and I would like to ask His Holiness if he thinks that women and girls play the same powerful role in tackling the climate crisis.”

The pope, who has often called for more respect for the environment and warned of the dangers of global warming, responded:

“We always speak of Mother Earth and not Father Earth,” drawing laughter from Bono and the whole audience.

“Women know more about harmony than men,” said the pope, who remained in a wheelchair throughout the event because he is suffering from knee and leg pain.

Bono, whose birth name is Paul David Hewson, sat in the front with students and later greeted the pope. He said he had given students music lessons earlier in the day.

The pope told the young people to live lives full of courage and poetry and “to go beyond what is politically correct”.

At one point, an organizer said there was a surprise.

Brazilian soccer star Ronaldinho walked in and gave the pope a keen fan of the sport – a jersey with his name and the number 10 on it. – Rappler.com