Regine Velasquez and Moira dela Torre put their own spin on the beloved hits of Up Dharma Down as they performed on ASAP Natin ‘To on Sunday, November 8.

Moira opened the performance with her rendition of the band’s song “Oo” from their 2006 album Fragmented. 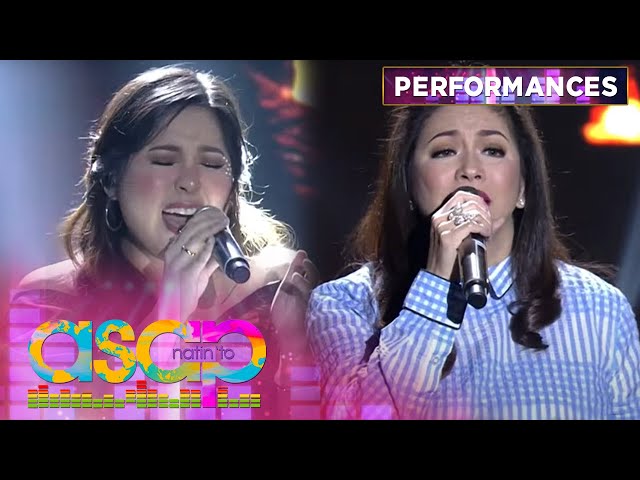 Regine then jumped in, singing “Tadhana” from the band’s 2012 album Capacities in a way only Asia’s Songbird can. Moira joined her towards the end of the song.

A video of their performance was uploaded on ABS-CBN’s YouTube and has since gained over 28,000 views.

The episode of ASAP Natin ‘To aired on free TV via A2Z channel 11, and on cable TV via the Kapamilya Channel. – Rappler.com