MANILA, Philippines – K-pop girl group VIVIZ made their highly-anticipated debut on Wednesday, February 9, with the release of “BOP BOP!,” the title track of their album Beam of Prism.

The “BOP BOP!” music video features VIVIZ in a colorful, retro-inspired set as they sing about celebrating their emotions. Beam of Prism carries a total of seven songs. 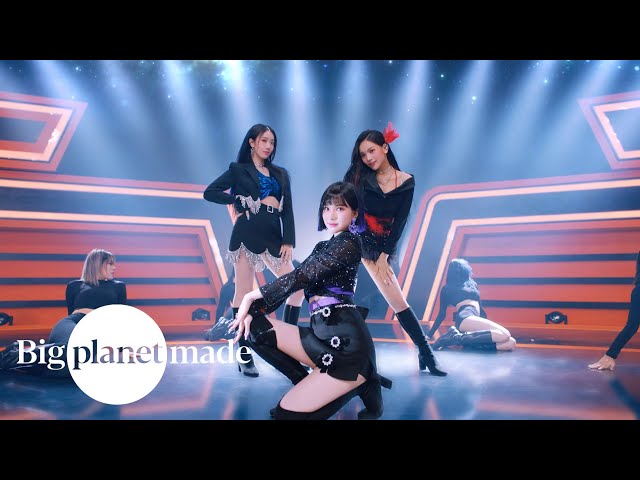 Composed of former GFRIEND members SinB, Eunha, and Umji, VIVIZ admitted that this re-debut means a lot to them.  “It’s our second debut, so I trained even harder than when we did as trainees. Because we’ve debuted once, we know what it feels like so there’s the pressure that we have to do better. We told each other that we have to do our best, not just try our best,” SinB said in a press conference, according to The Korea Herald.

In May 2021, GFRIEND left their agency, Source Music, six years after their debut. Since then, members Yerin, Sowon, and Yuju have signed with Sublime Artist Agency, IOK Company, and KONNECT Entertainment, respectively.

Only SinB, Eunha, and Umji have decided to sign with Big Planet Made and re-debut as a trio. They added, though, that their former GFRIEND members are supportive of them.

“[They] told us, ‘I know you’ll be great,’ and coming from people who have watched us for a long time, it meant a lot and it really helped,” Umji shared.

Even though viewers are already familiar with them, the VIVIZ members assure fans that they’ll be showing a different image of themselves. Eunha said, “If GFRIEND’s music had been more sentimental, touching upon the heart, VIVIZ’ music is a bouncy sort that will make you shake to it.” – Rappler.com