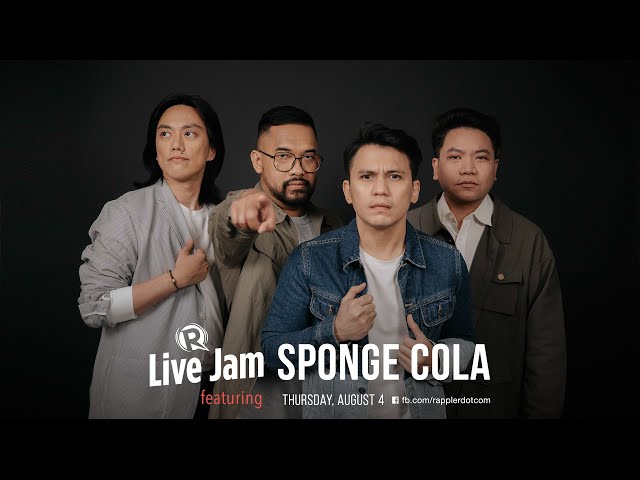 MANILA, Philippines – Rappler Live Jam is back in the studio after over two years, and Sponge Cola is opening the show!

The rock band has been together for two decades, and has become a mainstay in the Filipino music scene, with hits like “Jeepney,” “Gemini,” “KLSP,” “Lunes,” and “Tuliro” and seven studio albums.

Made up of Yael, Armo, Gosh, and Tedmark, the band continued to make music throughout the pandemic, releasing a string of singles including “Siguro Nga,” “Labis-Labis,” “Jairah,” “Kung Ako ang Pumiling Tapusin Ito,” and their most recent single, “Laman ng Panaginip.”

The band is currently working on their eighth full-length album, set to be released in 2022.

Catch up with Sponge Cola as they perform at the Rappler HQ on Thursday, August 4. Bookmark this page or head over to fb.com/rapplerdotcom. – Rappler.com