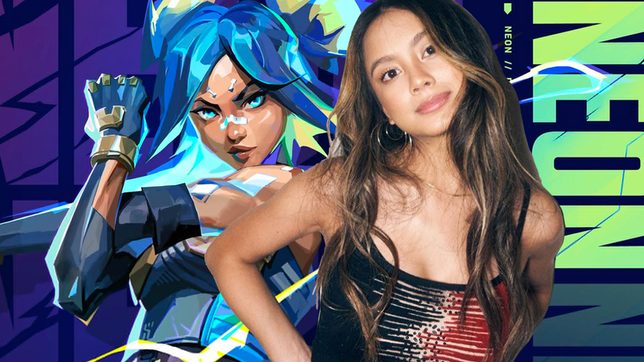 MANILA, Philippines – Valorant players from the Philippines have been waiting for the much-hyped reveal of Neon, the first Manila-born agent of the hit first-person shooting game by Riot Games, and there’s no better singer than Ylona Garcia to welcome Agent 19 with!

Ylona released her newest single, “Entertain Me,” on Wednesday, January 5, as part of Valorant’s newest trailer, which introduces Filipina agent Neon and her superpowers and special abilities.

In the two-minute trailer, duelist Neon is introduced to her new room as Valorant’s new special agent. As she fixes up her space, we see Neon taking a break in bed and playing Ylona’s newest song on her phone on full blast. Aside from showcasing her electrifying skills in battle, Neon is also seen singing along to Ylona’s new synth-pop, catchy, dance bop with a hairbrush.

“SURPRISE! Excited to finally announce my partnership with Valorant! Thank you very much for helping me keep my mouth shut until now, @PlayVALORANT! NEON IS SO COOL! LOVE HER TASTE IN MUSIC,” Ylona wrote on Twitter.

“Our newest Manila-born Agent is sprinting onto the scene with Episode 4: Disruption. Lace up and get ready,” Valorant said. Neon has the ability to sprint and slide, emit concussive charges, create double firewalls, and shoot out lightning finger guns as her Ultimate. She is voiced by Filipina voice actress Vanille Velasquez, who is also just as “unbelievably honored, stoked, and PROUD AF” to be part of the Valorant team.

“This has been such a dream come true. I’m kind of at a loss right now. This doesn’t feel real. I can’t believe I’m really saying this right now,” Vanille said.

Ylona, 19, is a Filipina-Australian singer and actress who rose to fame as part of Pinoy Big Brother in 2015, where she placed first runner-up. She released her first music video “Walk In My Timbs” with Jay-R in May 2020.

Ylona released her latest single “Don’t Go Changing” in November 2021, a slow, sultry track that blends R&B and doo-wop. The song will be part of 88Rising’s compilation album Head In The Clouds 3. Ylona has been signed with Paradise Rising, the Filipino label of 88Rising, since February.

88Rising is the same music collective that has helped bring talents such as NIKI, Rich Brian, and Joji to the world stage. – Rappler.com