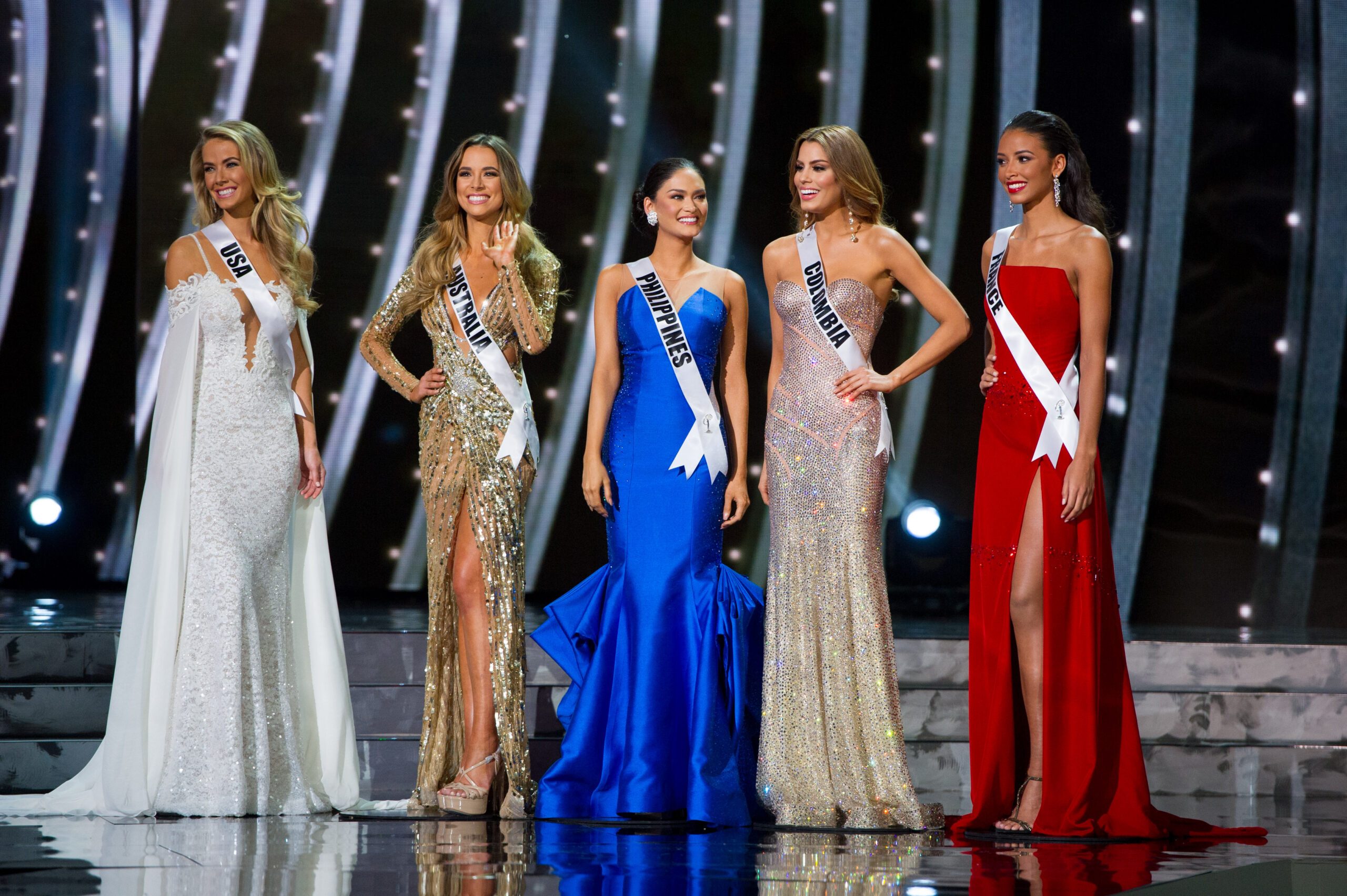 These are topics that are not normally expected in a beauty pageant, but they were front and center at the 2015 Miss Universe contest, held in Las Vegas, USA, on Sunday, December 20 (Monday, December 21 in Manila).

Although this is not the first time terrorism has been brought up in a Miss Universe final – last year’s Miss USA was asked what she wanted to say to a global terrorist – substantive questions are generally tied to women’s issues.

Last year, candidates were asked what women could learn from men, whether the bikini portion of the pageant had value, what changes should be made for young women, and what can be done to lower the numbers of domestic violence against women.

In 2011, Tony-award winner Lea Salonga, criticized as to the relevance of her question to Miss Angola – “If you could change one of your physical characteristics, which one would it be and why?” – revealed that judges do not write their own questions. They are written instead by pageant organizers.

This year’s candidates were asked about issues specific to their countries, and were arguably the most locally polarizing. None of the questions asked of the 5 were gender-specific.

The questions for the top 5 finalists – Australia, Philippines, Colombia, USA, and France – were far from the usual, and instead focused on pressing political and social issues.

Here are the questions for the top 5 finalists, and the candidates’ answers.

Answer: “I think that the United States and the Philippines has always had a good relationship with each other. We were colonized by the Americans and we have their culture in our traditions even up to this day, and I think we are very welcoming with the Americans, and I don’t see any problem with that at all.” (READ: Pro-US bases? Miss Universe Pia Wurtzbach should get a briefing, say activists)

Question: “Having experienced terrorism firsthand yourself, what is the best way for governments to combat this rising threat?”

Answer: “Good evening, lovely guests. Hello, world. In my opinion, to fight terrorism, first we have to know where the problems are coming from. We have to listen to the people who are committing these attacks so we have to find the problem at its heart and for us French, we have to find a way to be happy and to live among ourselves.”

Question: “Australia is taking the first steps towards legalizing marijuana. Do you think that’s a good idea, and why?

Answer: “Now this topic has its positives and negatives and it’s quite debated. I believe that in certain circumstances legalizing marijuana does have definite benefits. It has been found to be really amazing in treating cancer and has really, really helped those very, very sick, so in that circumstance, I definitely do think yes, we should, but the government should definitely weigh both options.”

Questions: “Drug abuse continues to be one of the world’s most serious social problems. What do you think is the best way to handle this issue?”

Answer: “Good evening everybody. The ideas that I have that we could use to eradicate the problems that unfortunately are affecting our world is in our homes to incentivize education for these problems because they continue to be large problems for the world. Thank you.”

Question: “Few issues in the United States are more polarizing than gun ownership. The argument really heats up after major tragic events such as San Bernardino and Sandy Hook. What’s your position on gun control?”

Answer: “Incredibly difficult issue. I think it’s incredibly important that all individuals have the right to protect themselves and feel safe, but I also think that sometimes we need to look at the safety of a whole more than our own personal safety. I think we need stronger regulation, specifically I think we need to pay attention.” – Rappler.com