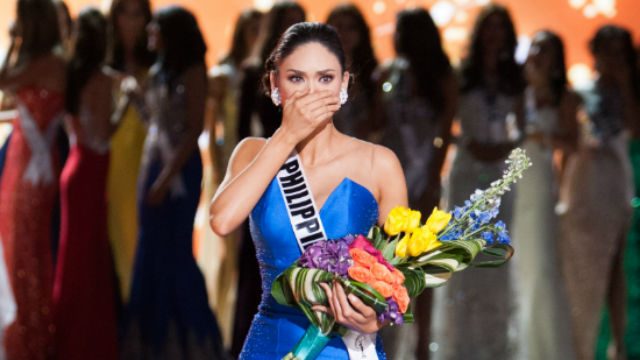 This piece was first posted in Norman Tinio’s blog. It is republished here with his permission.

MANILA, Philippines – Call it fate. Call it a most controversial turn of events during the winning moments. Call it whatever you like. The essence of Miss Universe is who rightfully won the DIC crown.

Ariadna Gutierrez of Colombia had her brief shining moment. But it wasn’t meant to last, because in less than 5 minutes, the real winner was announced, and the crown transferred ownership in a flash. Pia Alonzo Wurtzbach of the Philippines is Miss Universe 2015.

But Pia’s victorious moment should have been there in the first place, instead of an abrupt cutting of the live telecast and a delayed upload of glorious crowning pictures. These led a lot of pageant fanatics to holler in disgust as they couldn’t get over the fact that Miss Universe 2015 was robbed of her true victory announcement on worldwide TV.

Host Steve Harvey blamed it on human error, but time couldn’t be turned back. Thus, he rectified the matter immediately for damage control. He owned up to his mistake and showed the card that said the Philippines was the true victor. I have to pinch him hard for taking away the most genuine image of our queen getting the crown from Paulina Vega, complete with a beautifully stunned face.

It really spoiled the extremely long 42-year wait – to have the crown handed to our representative in such a fashion, and at the embarrassing expense of the Colombian lass. But we need to move on from here and treat the events as part of destiny’s deal. After all, Pia experienced serendipity at its best. And Filipinos are going crazy everywhere, regardless of how things turned out in the end.

Personally, I can take the twists. If there is one spot I wouldn’t want to be in now, it’s that of real first runner-up Ariadna Gutierrez, because she is the one who had to go through an excruciating minute or two of having to give up what was already planted on her head, and step down accordingly.

If it’s any consolation, the Philippines’ victory was hastily announced right before the live telecast was cut short because of the awkward scenes happening onstage.

All told, we now have a proud 3rd member of the sisterhood, which only Gloria Diaz and Margarita Moran were members of for more than 4 decades. They have a new recruit and she is Miss Universe 2015 Pia Alonzo Wurtzbach!

What a wonderful start for Christmas Week indeed! – Rappler.com

Norman Tinio started blogging about pageants in 2009, but he had been a pageant enthusiast since the early ’70s. Apart from that, he is an industrial psychologist by profession, movie addict by nocturnal choice, and an ex-seminarian who can pray in Ancient Latin. You can find him and his daily musings at normannorman.com.