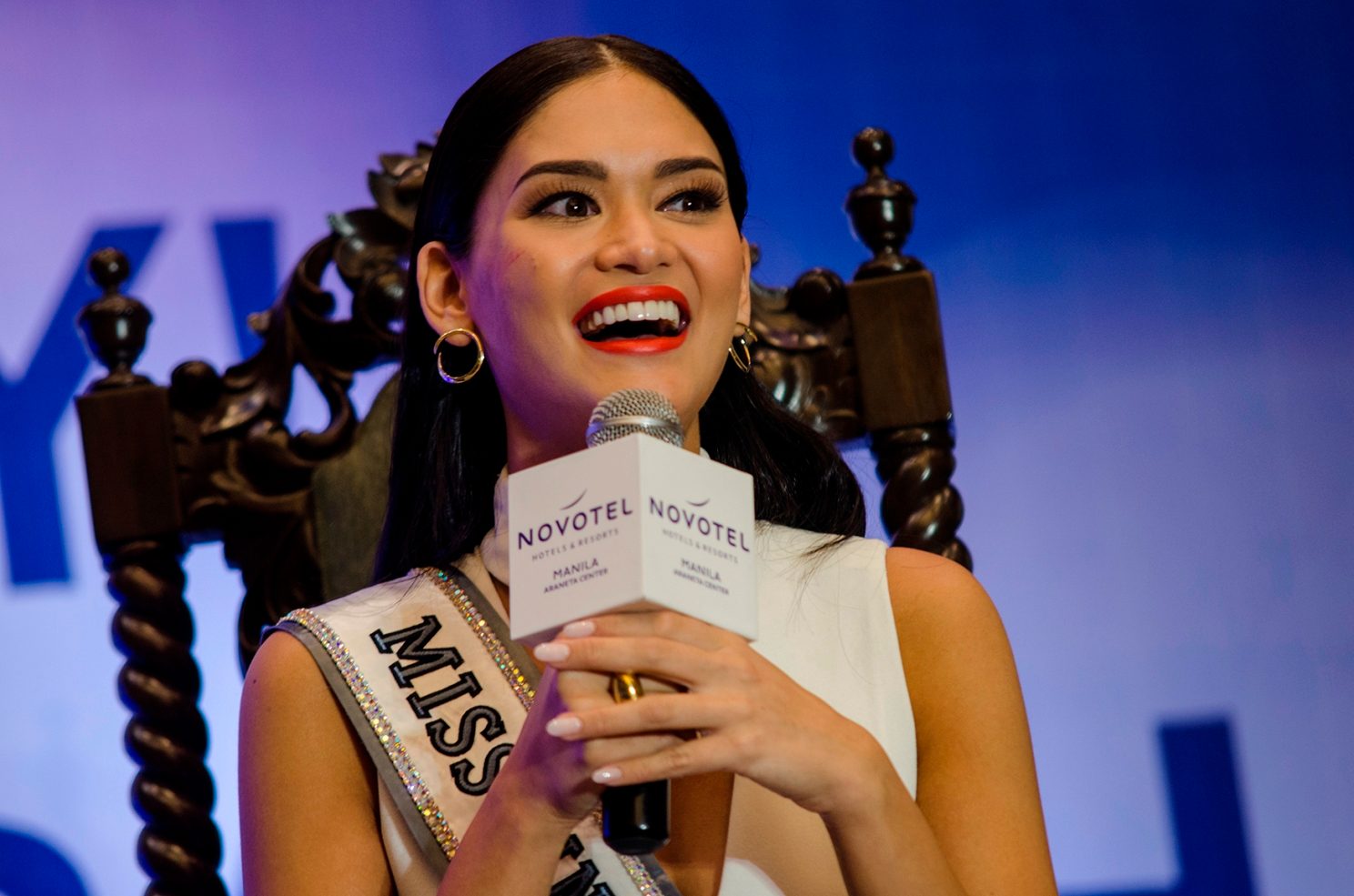 MANILA, Philippines – The world was stunned as a mistake initially crowned the wrong Miss Universe winner, via a gaffe by host Steve Harvey – and then Filipinos everywhere rejoiced when the country’s own Pia Alonzo Wurtzbach took home the crown.

Was it destiny? Perhaps. Months earlier, when fellow Filipino, boxing legend Manny Pacquiao, lost his match to Floyd Mayweather Jr, Pia took up the mantle for Filipino pride and promised heartbroken Pinoys a world-class performance at Miss Universe. She tweeted:

Now back in the country to crown the next Miss Universe Philippines at the upcoming Binibining Pilipinas coronation night, Pia is shedding light on all the emotions behind her tweet – and why she was compelled to say what she did.

(If only you knew what I looked like at the time, I was in Cagayan de Oro.)

“I was at the edge of my seat, in tears, and I was just so sad, disheartened, and disappointed. It’s Filipino pride! I want our Manny Pacquiao, our Pacman to win so bad! I’m a big fan of his, I’m a big fan.

“So when he didn’t make it, I took my phone out, emotionally tweeting – never doing it again, think before you tweet! – and I said, ‘Kalma lang guys, babawi tayo sa Miss Universe.’

(‘Calm down guys, we’ll make up for it in Miss Universe.’)

Pia actually met Manny for the first time on the same day as this press conference, Thursday, April 14. He gifted her with a pair of hot pink boxing gloves, in the Miss Universe color. The reigning Miss Universe shared that she did indeed bring up the tweet when she met him:

(I mentioned it again. I told him, ‘Congratulations on your victory, we’re very proud of you. I don’t know if you know this, but I tweeted before, saying ‘I’ll make up for it in Miss Universe’ for you, because I’m such a big fan.’ I’m a big fan of Manny Pacquiao as a boxer. He replied, ‘Yes, I know.’)

(He was telling me about how emotional they were, he and his wife, Miss Jinkee, when I won first runner-up initially but then eventually announced as the winner. It was like a roller coaster of emotions… and then suddenly, ‘Ay! She won!’)

Pia did not directly comment on one of Manny’s most recent controversies – the boxing legend landed in hot water after his comments that couples in same sex relationships were worse than animals. But she did mention in passing that the two have “differing opinions on some things,” and that she respected him as a boxer. Pia has previously said that she supports gender equality. (WATCH: Pacquiao apologizes for calling gay couples more disgusting than animals)

“Even up to this day, I’m still a fan of him as a boxer, although we might have different opinions on some things, but we’re both still Filipinos. And as a fellow Filipino, I am proud of his victory for the Philippines,” said Pia.

“To me, I was very happy to be in his presence earlier. I admire him as a boxer. I think that if this is indeed his last fight – great way to end it,” she said of Manny’s recent victory against Timothy Bradley. Manny has also announced his retirement, though he later said he was “50-50” on whether he’ll stay retired.  – Rappler.com