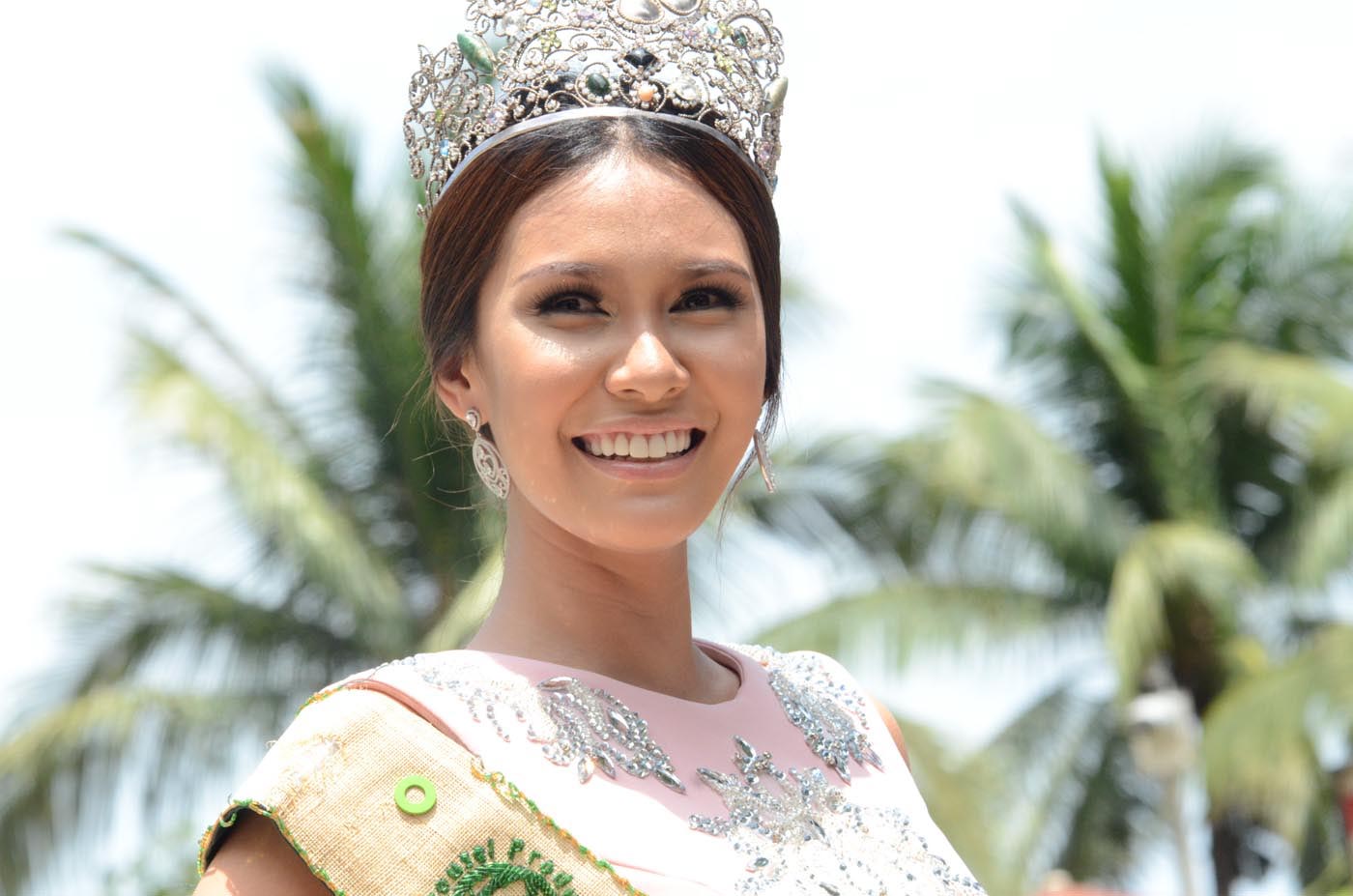 MANILA, Philippines – It has been a busy and exciting 6 months so far for the reigning Miss Earth, Angelia Ong, after winning a back-to-back title for the Philippines last December in Vienna, Austria.

“Since winning, it has really been amazing. We’ve been doing a lot of projects for Miss Earth, partnering with a lot of people and organizations,” she said in an interview with Rappler at the press presentation of the Miss Philippines Earth 2016 candidates at the Diamond Hotel last May 16.

She also shared that she’s excited about travelling to different places as part of her duties. “What really excites me the past few weeks naman (on the other hand) [are] the travels,” she said.

Angelia recounted the time that she flew to Réunion Island to crown the French territory’s own Miss Earth: “I stayed there for a week and they treated us like royalty.”

“I was able to share my travel with my Miss Earth Air Dayana Grageda from Australia,” she said, adding that she also went to Vietnam for another event with Miss Philippines Earth Air Chanel Olive Thomas.

Miss Philippines Earth Air @chanelolivethomas and I posing at the entrance of the grand opening of @adoraclinic.luxuryspa with the lovely owners Ms. Cuc and Ms. Quynh here in the beautiful city of Saigon. #MissEarth #ME2015inVietnam #AngeliaAdventures #lyquikhanhfashion #AngeliaStylingAngelia

She also shared her thoughts about the country’s winning streak in the pageant scene last year.

“Alam mo, naniniwala ako na parang inaani namin yung tinanim namin. (You know, I believe that it’s like we’re reaping what we have sowed). In the Philippines, beauty pageants are really a big thing. And we started training years ago, and the winners last year, everybody [was] not a first timer.”

Aside from Angelia, Ann Colis was crowned as Miss Globe, Leren Bautista as Miss Tourism Queen of the Year, and of course, Pia Wurtzbach as Miss Universe.

“It means we have experiences prior to winning, and I think it was a magical year for all of us winning all those crowns for our country, putting us undoubtedly as a power house for beauty pageants.” 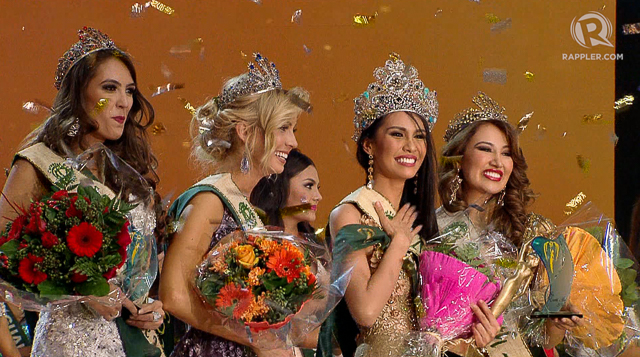 “It was the first time for a back-to-back,” she later said about her own triumph. “Like I always said earlier, it always seems impossible but you know what, it’s just difficult talaga (really).”

Angelia also suggested that during the competition in Vienna, Austria – after the Philippines’ Jamie Herrell had won in the previous year – she wasn’t in the radar to win the crown, but she proved everyone otherwise.

After her win, she was the subject of criticism, as some even accused the Miss Earth Organization of being biased towards Filipino candidates.

Angelia said, “I have to say I got hurt too. But I understand. It’s expected. Not everyone will get to see the hard work I put into the competition. So I don’t expect them to be all smiles for me.”

“I would get a lot of criticism, but at the end of the day, the crown is with me and it’s not going anywhere,” she later added. “I just remind myself I worked hard for this, I prayed for this and it [was] given to me.”

The next Miss Philippines Earth 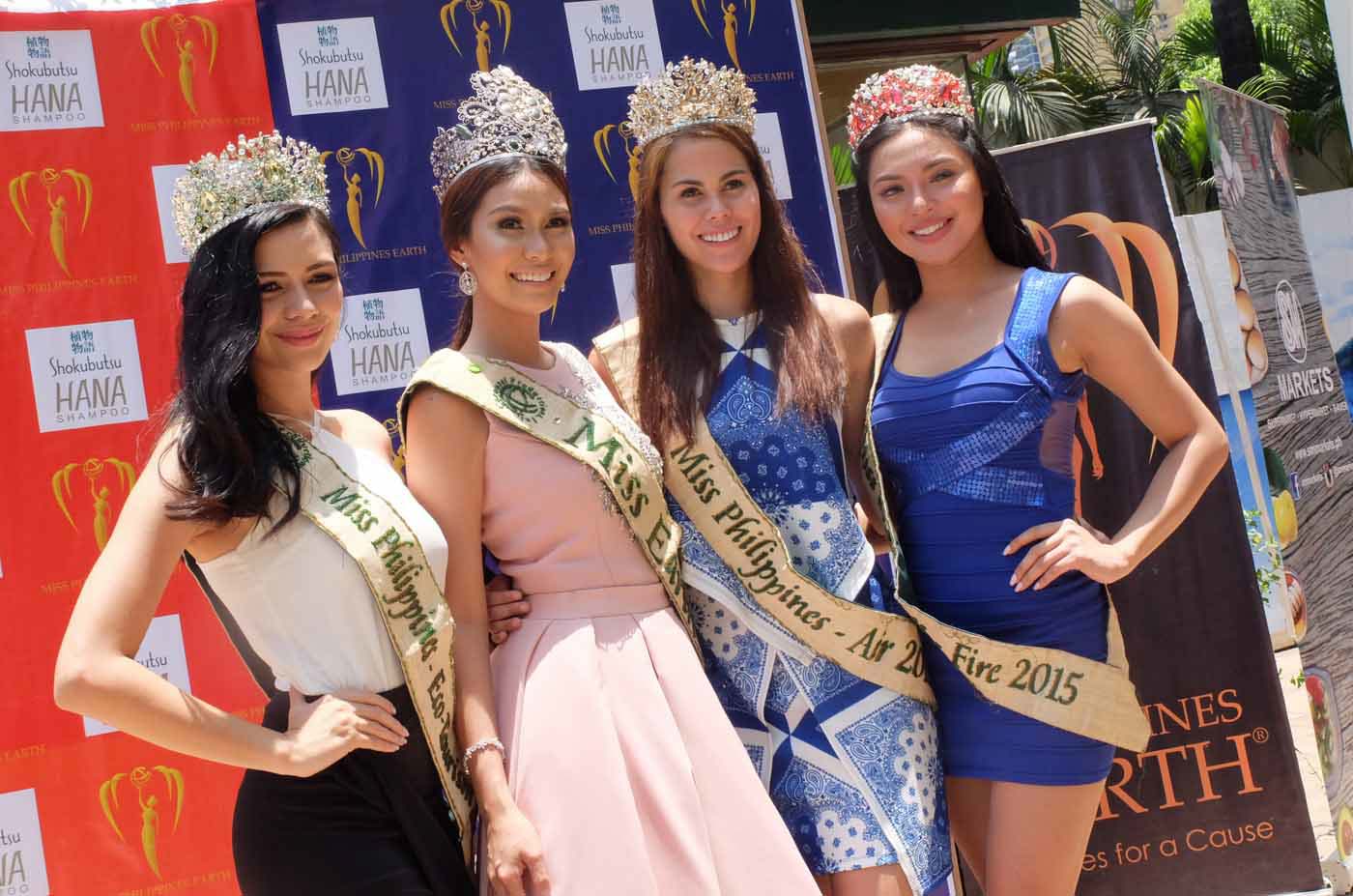 “I haven’t really done my farewell speech yet, but thinking about it also gives me goosebumps. I think it’s very nice to put it in a very historical place just for a change also,” she said.

“For the future winner, I would love to tell her that I am here like how Jamie was there for me when I had nobody, especially when I was in Vienna.”

Angelia also said that even after passing her crown, she will still support the organization’s projects. She also said that while they have yet to secure a full partnership with the United Nations, they assured their support to the UN.

“We’re still waiting [for] the United Nations. We cannot have a firm partnership yet because it takes time, of course. But right now, what I told them is that they have our 101% full support in terms of their existing projects […] which involves the environment, of course,” she said.

As the Philippines is now in the process of a transitioning to a new government with president-elect Rodrigo Duterte, Angelia is hoping to have a meeting with him about environmental issues.

“I hope I get to have a sit down meeting with him, I guess, a courtesy call. I wasn’t able to do that during the past administration, and hopefully this administration, I would really be able to share [with] him to prioritize environmental issues kasi (because) all of our growth as a nation will be put to waste if we don’t prioritze and take care of the environment.”

“What’s left for us if we don’t take care of Mother Earth? Sayang lang lahat nung pinaghirapan nila kasi mawawala din. (All of the hard work would be wasted if it just disappears). So I want to be the person to inspire him to do the right thing and to prioritize Mother Earth,” Angelia said. – Rappler.com