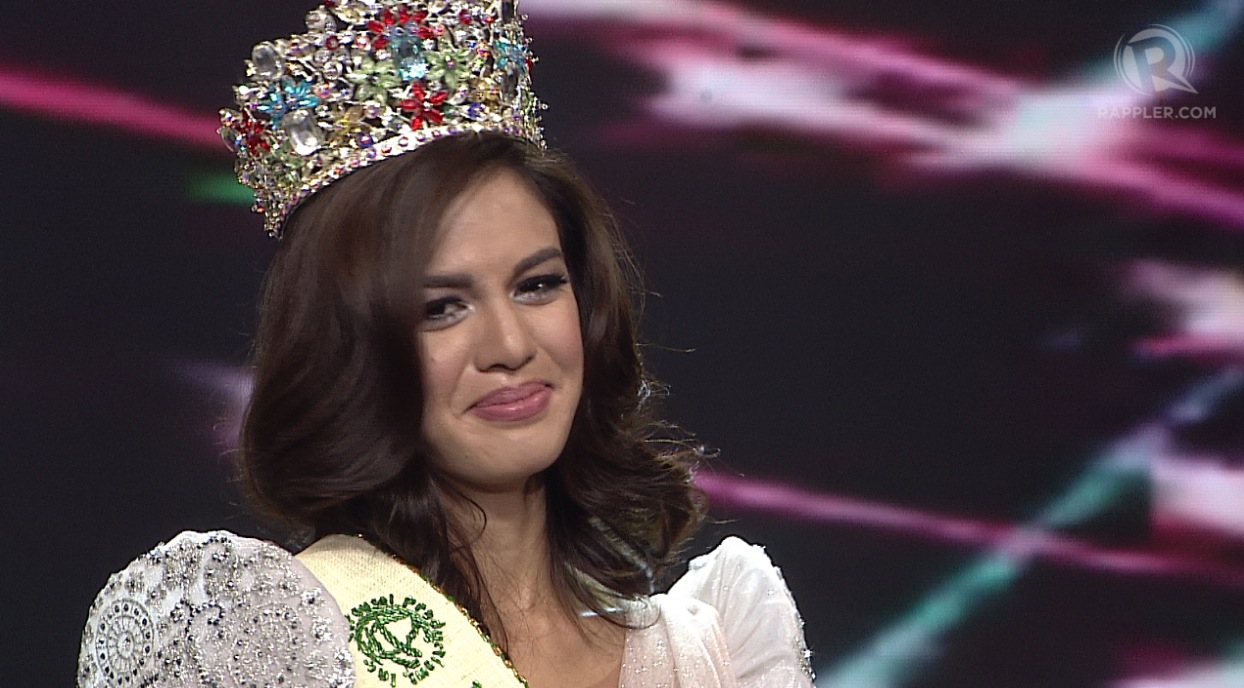 MANILA,  Philippines (UPDATED) – Imelda Schweighart was crowned as the new Miss Philippines Earth on Saturday, June 11, at the UP Theater in Diliman, Quezon City.

Imelda succeeds Miss Philippines Earth 2015 and reigning Miss Earth Angelia Ong. She will represent the country in the 2016 Miss Earth pageant and will be getting another shot at winning the country’s 4th Miss Earth crown.

At coronation night, there were two question and answer portions. For the first one, each of the Top 12 finalists picked a hashtag from a bowl and spoke about the issue that the hashtag stood for.

Imelda picked the hashtag #TunayNaDiwaNgKalayaan (the true meaning of freedom), and said:

“Tunay na diwa ng kalayaan ay ang pagpapalawak ng isipan (The true meaning of freedom is opening up our minds). First of all, we must open our minds and do our research about the world in order to find the solution to what is already happening to what is around us. Yes, there is a problem, but there is a solution as well. Let’s all fight together, because we are the people of now, and we will help each other to save the planet Earth.”

For the second question and answer portion, the Top 5 candidates were asked, “If you had the chance to talk one-on-one with president-elect Duterte, what assistance would you ask from him on your climate change advocacy?”

Imelda answered: “My climate change advocacy is banning genetically modified organisms (GMO) and genetically modified seeds, because I believe in natural food in order to feed our mind, body, and soul. So if we really want to feed our minds and become smarter, let’s support banning GMO, [president-elect] Duterte. At the same time, I would like to encourage him to put bike lanes here in Manila, and I would take him to Puerto Princesa and I would show him how clean our place is.”

The other winners of the pageant are: