Jul 30, 2016 10:34 AM PHT
Rappler.com
Facebook Twitter Copy URL
Copied
Tourism undersecretary Kat de Castro says Harvey will still be the host of the pageant as per the Miss Universe Organization 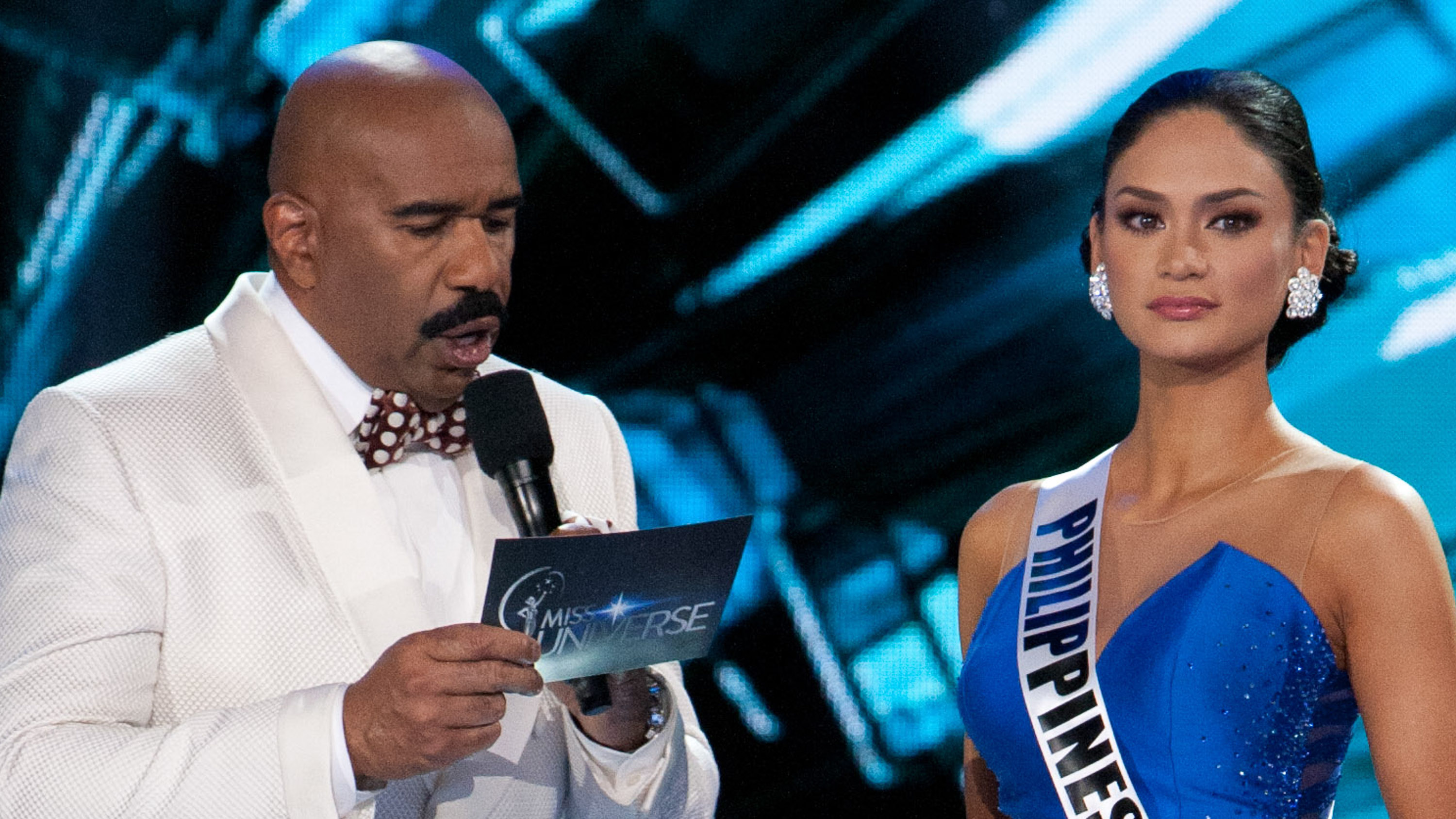 MANILA, Philippines – TV host Steve Harvey will still host the Miss Universe pageant in the Philippines on January 30, 2017 despite his infamous mistake in the 2015 pageant.

The news was confirmed by Department of Tourism undersecretary Kat de Castro, in an interview with DZMM, Friday, July 29.

“He wants to apologize to the Filipinos who were hurt because of what happened,” de Castro said adding that President Rodrigo Duterte was surprised about the news.

(He was surpried about it. He said ‘Why?’ He added, ‘He is a disaster.’ The president told me that. I just said, ‘Sir, that’s the decision of the Miss Universe organization.’ He just laughed.)

The Miss Universe Organization has yet to give any other details about the country’s hosting of the pageant.

In December 2015, Harvey, known for his hosting Family Feud and his own talk show committed a blunder when he announced Colombia’ s Ariadna Gutierrez as the winner. He later went back on stage and apologized, saying it was the Philippines’ Pia Wurtzbach who was the winner of Miss Universe 2015. (READ: Steve Harvey releases first statement on Miss Universe 2015 mix-up)

Both Wurtzbach and Gutierrez appeared in his show in January to speak to him after the mistake, where both said they have forgiven him for what happened. – Rappler.com