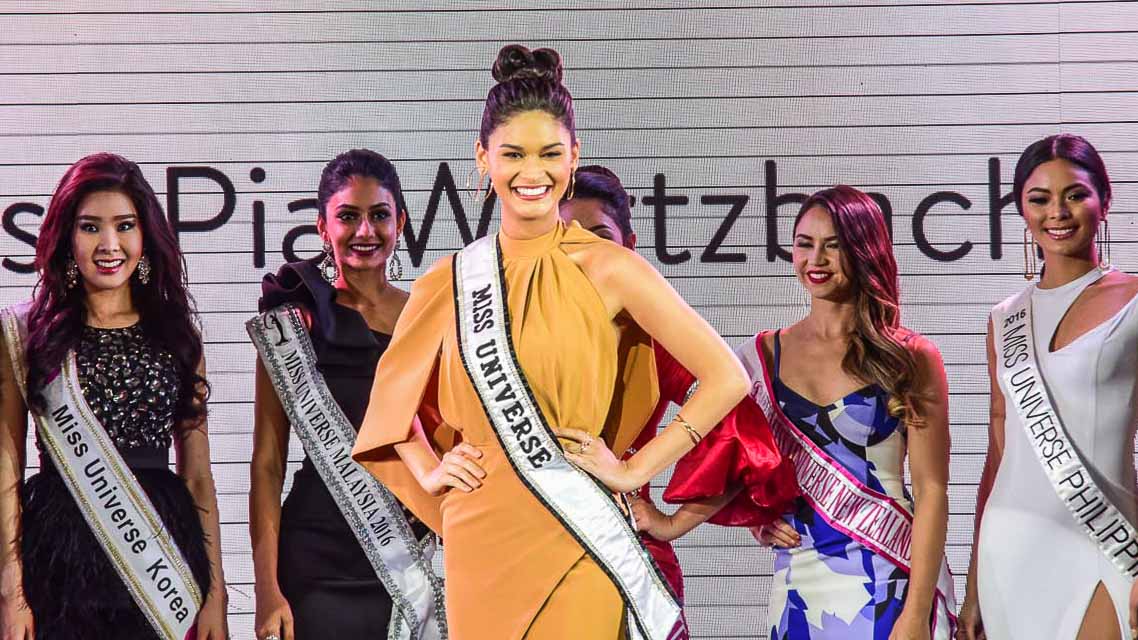 On the day, tickets went on sale at 10 am through smtickets.com and over-the-counter at SM Tickets outlets.

During the press conference at the Department of Tourism office in Makati on Monday, December 12, Teo gave some details about the ticket prices.

Teo also mentioned that some VIP and lower box tickets are actually reserved. An ABS-CBN report says that these are for candidates’ families.

Hours after the press conference with Teo, a post on the official 65th Miss Universe Facebook page said that official ticket prices will be announced on December 18. Any announcements on the prices before that day are false and unofficial, they said.

Meanwhile, Miss Universe president Paula Shugart said that Steve Harvey will definitely be back to host the pageant and that a co-host will be helping him.

“As he said, it was 4 minutes of absolute hell for him, but he is one of the most popular people in the United  States – around the world. He’s so excited to be coming to the Philippines…I think it’s going to be very interesting and I’m still not ready to announce the co-host, but Steve’s the main host,” Paula said.

She also clarified about the possibility of President Rodrigo Duterte being one of the pageant judges.

“We established a policy a long time ago not to have government officials as judges because its very hard on everybody because a government official, they’re gonna have to be neutral. So it’s very hard. I think there’s a lot of pressure when you’re the host country like right now.  So that’s a policy that we really have to enforce,” she said.

The candidates meanwhile shared that they had a good time in their trip to Siargao, where they had photo shoots and were able to spend time at the beach.

“Well I sent Pia pictures today because I finally tried mangoes, fresh mangoes,” Deshauna said. “She continues to bring dried mangoes to the apartment every time she’s back from the Philippines, so that’s one expectation that’s been exceeded. The mangoes are very sweet as you said. Everyone’s been so friendly,” she said, thanking everyone for the hospitality given to them.

The candidate will be going on a tour to Intramuros on Monday afternoon before heading to Cebu for their next set of activities. – Rappler.com