Miss Universe PH representatives: Where are they now? Miss Universe 2015 Pia Wurtzbach is set to crown her successor on January 30, but already has a string of projects, including a guesting on Asia’s Next Top Model cycle 5.

Rappler compiled some information on past Miss Universe Philippines title holders to see what they have been doing after life as a beauty queen. Pilar Pilapil represented the Philippines in the Miss Universe 1967 held in Miami Beach, Florida. She became one of the country’s top actresses and continued to be active in TV and movies.

In April 2011, the actress was stabbed by unknown men in Marikina but survived the attack. She has released a book entitled, The Woman Without a Face: The Life Story of Pilar Pilapil and has established the Pilar Pilapil Foundation, dedicated to abused women. She teaches acting to aspiring actors via the PIlar Pilapil Production and Performing Arts Academy. Maria Isabel Lopez was the country’s representative to the Miss Universe in Peru back in 1982. Her reign as Miss Philippines Universe became very controversial, when it was discovered that she was a Gerard Peters model, or a model of sexy lingerie. It was reported that she was asked to resign, but she was able to keep her title and still represented the country in Peru.

Maribel, as she is known, also starred in a number of sexy films after her stint as a beauty queen. She is still active in showbiz and does painting and arts in her spare time.

In 1994, Charlene Gonzales represented the Philippines in the 1994 Miss Universe pageant in the country. She won Best in National Costume and was part of the Top 6.

During the question and answer portion, Charlene was asked about how many islands the country is composed of.

“High tide or low tide?” she asked. It later became one of the most memorable Miss Universe answers.

After her reign as Miss Universe Philippines, Charlene entered showbiz and did TV hosting and movies. She is married to actor Aga Muhlach, with whom she has twins Andres and Atasha. In 1999, the universe took notice of Miriam Quiambao when she accidentally slipped during the preliminary competition. She went on to become part of the top finalists in the pageant held in Trinidad and Tobago and emerged as 1st runner-up.

After her stint as a beauty queen, Miriam entered showbiz, hosting shows such as Extra Challenge with Paolo Bediones and even did movies. She married Italian businessman Claudio Rondinelli in 2004 but they divorced. She is now married to entrepreneur and author Eduardo Roberto Jr.

This past month has been super busy with talks and out of town trips almost every week but we finally got to put up our Tree tonight with Christmas carols playing in the background and the three of us working together. Loving this family tradition! It gives me a warm feeling all over. So grateful to God for giving me this family! Grateful to God for giving us the GIFT of SALVATION & ETERNAL LIFE through JESUS CHRIST. #JesusIsTheReasonForTheSeason #JesusIsTheGreatestGiftOfAll #FamilyTime #SundayFunday #FamilyTradition #ForeverHoneymooners #LuckyMeInstantMommy Bianca Manalo represented the Philippines in the Miss Universe pageant in the Bahamas in 2009.

After her stint as Miss Universe Philippines, Bianca entered showbiz, starring in shows such as Juanita Banana, Aryana, On The Wings of Love, and My Super D. She also does modeling on the side.

Bianca is currently in a relatonship with Brazilian-Japanese actor and model Fabio Ide.

Yes of course i could survive on my own. I could swim, run, think and break without the help of other people. I love myself and I have always looked out for myself the best way I know how. But I swear, sometimes I feel the urge to be held, understood and loved in the sweetest way. Sometimes I do need someone to talk to, to hold on to, to love and to live with as well. Sometimes I just need someone to lean on over and whisper: “I can't see another day without you in my life just as much as you need me in yours.” The year 2010 is a “major major” turning point for the Philippines in the Miss Universe pageant courtesy of Venus Raj. The Filipino-Indian beauty almost did not represent the country in the pageant in US, when she had problems with getting a Philippine passport. After ironing out the issue, she flew to Las Vegas, and became one of the candidates to watch out for. She emerged as 4th runner-up, with Ximena Navarrete of Mexico winning the title.

Venus has since been active in modeling. She went back to school for her master’s degree and has been doing hosting jobs.  She is set to be the backstage host for Chi Lounge in the Miss Universe pageant during coronation night.

Join me during the #MissUniverse Competition – I will be hosting the Backstage CHI Lounge during the show & will interview the newly crowned Miss Universe immediately following! Watch it on the Miss U App and Miss Universe Facebook. After her reign as Miss Philippines Universe, Shamcey went back to being an architect. She is doing some TV hosting and corporate events. She is also a fashion model. She is married to businessman Lloyd Lee, with whom she has daughter Nyke. They run the Pedro ‘N Coi restaurant.

In 2012, Janine Tugonon came close to winning the country’s 3rd crown but was beaten by Miss USA Olivia Culpo. After her reign as Miss Universe Philippines, Janine went to the US to try her luck in modeling. She lived in California, before moving to New York last year. She was recently in the headlines for scoring an advertisment for Victoria’s Secret Pink and a calendar modeling gig with Nu Muses. Ariella “Ara” Arida competed in the 2013 Miss Universe pageant, where she placed 3rd runner-up in Moscow. She is currently hosting Wowowin with Willie Revillame and modeling for ramp, commercial, and print. 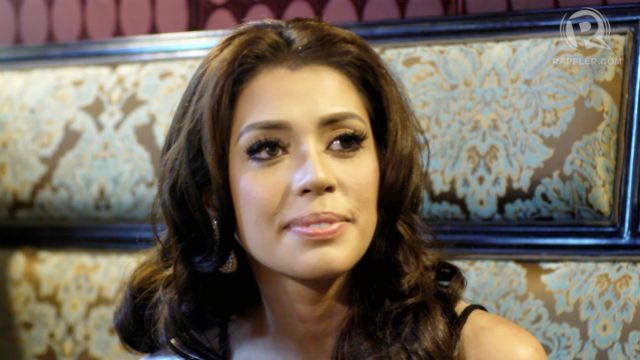 Before Pia Wurtzbach, it was Mary Jean Lastimosa who proved that third time’s the charm to join the pageant. She went on to represent the country in the Miss Universe pageant in Doral, Miami, where she emerged as part of the Top 10 finalists.

After her stint as Miss Universe Philippines, MJ entered showbiz, and appeared in a number of shows, such as her life story in Maalaala Mo Kaya and All of Me. She also did corporate hostings for brands such as PLDT and Smart.