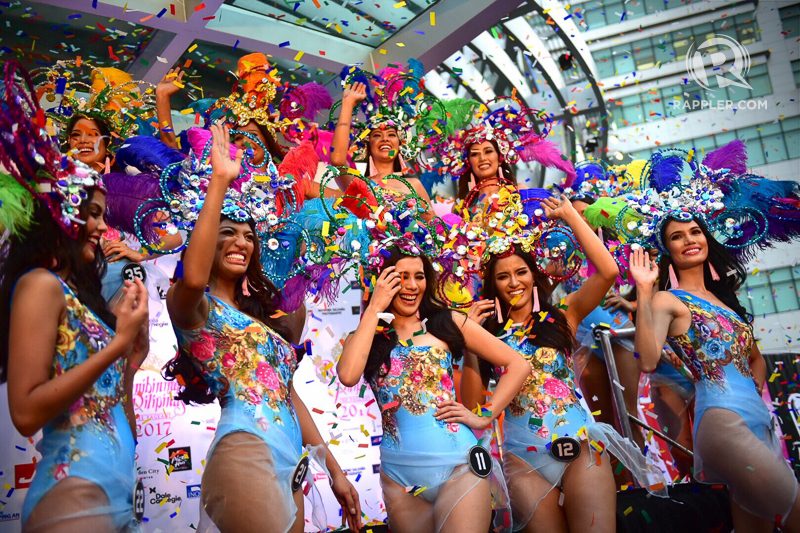 Facebook Twitter Copy URL
Copied
Other media outlets are barred from doing live updates, and will only be allowed to post updates after ABS-CBN's delayed telecast

MANILA, Philippines – ABS-CBN has the sole and exclusive rights to the live coverage of the Binibining Pilipinas 2017 coronaton night on Sunday, April 30, banning all other media outfits to post live text, photo, or video updates of the pageant.

This is in accordance with the media’s accreditation agreement with Binibining Pilipinas Charities, Inc (BPCI), the organization that owns the pageant.

The agreement, signed by accredited media on Friday, April 28, states that BPCI has granted ABS-CBN the sole and exclusive rights to the live coverage of the coronation night. ABS-CBN is BCPI’s sponsor and broadcast partner for the event.

The network is also set to air a delayed telecast of the show from 10 pm Sunday. The broadcast is scheduled to end 3 hours later, at around 1 am on Monday, May 1.

In an email sent to accredited media on Saturday, April 29, BPCI Communications and PR said that the limitations to other media networks were put in place to avoid any losses ABS-CBN might incur because of others’ live updates.

“The big issue here is we are trying to curb anything that would pre-empt whatever will happen on Coronation Night and the subsequent telecast,” they said. “More specifically, the real time text and image updates pertaining to the Coronation itself, live video feeds and streaming of the event online. This is only to prevent our broadcast partner from suffering any losses.”

They added later in the email: “We understand how limiting this is and we request for your understanding and cooperation. Please know we hope to devise a better way to do this in the next pageant.”