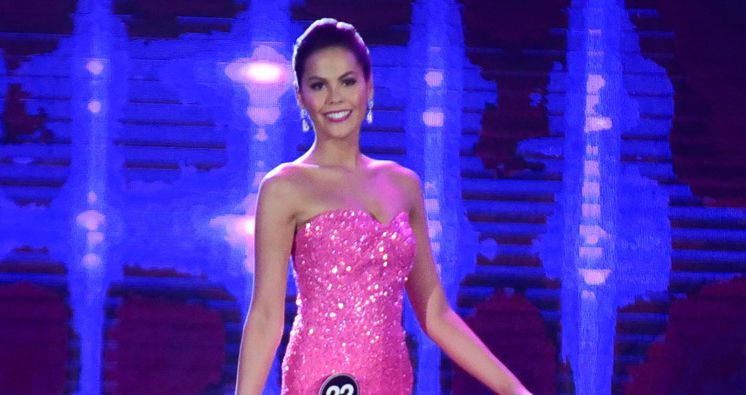 She certainly caught the judges’ attention on coronation night, and now Chanel is the Philippines’ 2017 bet to win the Miss Supranational title.

Should she win, Chanel will be the second queen from the Philippines to get the Miss Supranational title, as the country’s Mutya Joanna Datul crowned in 2013.

Read on to get to know more about Chanel before she heads to Europe to compete this year!

1. Before Binibining Pilipinas, she competed in Miss Philippines Earth.

In 2015, Chanel made waves in the pageant scene when she announced that she was going to be joining Miss Philippines Earth. She represented her mother’s province, Nueva Ecija, and placed as Miss Philippines Air to winner Angelia Ong. Angelia went on to win the international title in Vienna, Austria. (READ: Runner-up Chanel Olive Thomas on Miss PH Earth experience) 2. She has a twin brother named Charles.

In an interview with CNN Philippines, she shared that she asked him to give her speech for her at a wedding. “I saw a video of his speech. He was pretty much exactly like me – very expressive and I’m like, ‘This is perfect, I don’t have to be there. My twin will be me for me.’ I love it,” she said.

Having grown up in Cairns, Australia, Chanel loves the nature and the beach. Check out some of her photos on Instagram.

Stay true to you and you will end up incredibly happy. #ChanelOliveThomas

A post shared by Chanel Olive Villamayor Thomas (@chanelolivevillamayorthomas) on Aug 21, 2016 at 3:01am PDT

It is in the still silence of nature where one will find true bliss.  #ChanelOliveThomas

4. She wants to promote positivity and empowerement.

In an interview with Rappler during the Bb Pilipinas press presentation in March, Chanel was asked why she decided to join the pageant.

“I really believe this is an amazing platform for me. My advocacy, really, is about empowering and inspiring young girls and women to wholeheartedly believe in themselves and to follow their dreams. It’s an amazing opportunity to work really hard and represent the country.”

Watch Chanel’s Bb Pilipinas video, where she talked about promoting positivity and empowerement, plus, who she would choose as a co-star with in a movie.

5. She moved to Manila to try her luck at modeling.

In an interview posted on the SM blog, Chanel said that it was a vacation with her mom that gave her the opportunity to start modeling in the country.

“I’m so grateful for all the experiences that I have had so far in the Philippines, I am very proud to be Filipino,” she said.

6. Chanel is a devout Christian.

Chanel is very open about her faith and often posts quotes on her Instagram account. She told Rappler: “I always start my day with God by praying, listening to worship music or listening to an online talk.”

Will you be cheering for Chanel when she competes later this year? Let us know what you think about her in the comments! – with reports from Voltaire E. Tayag/Rappler.com