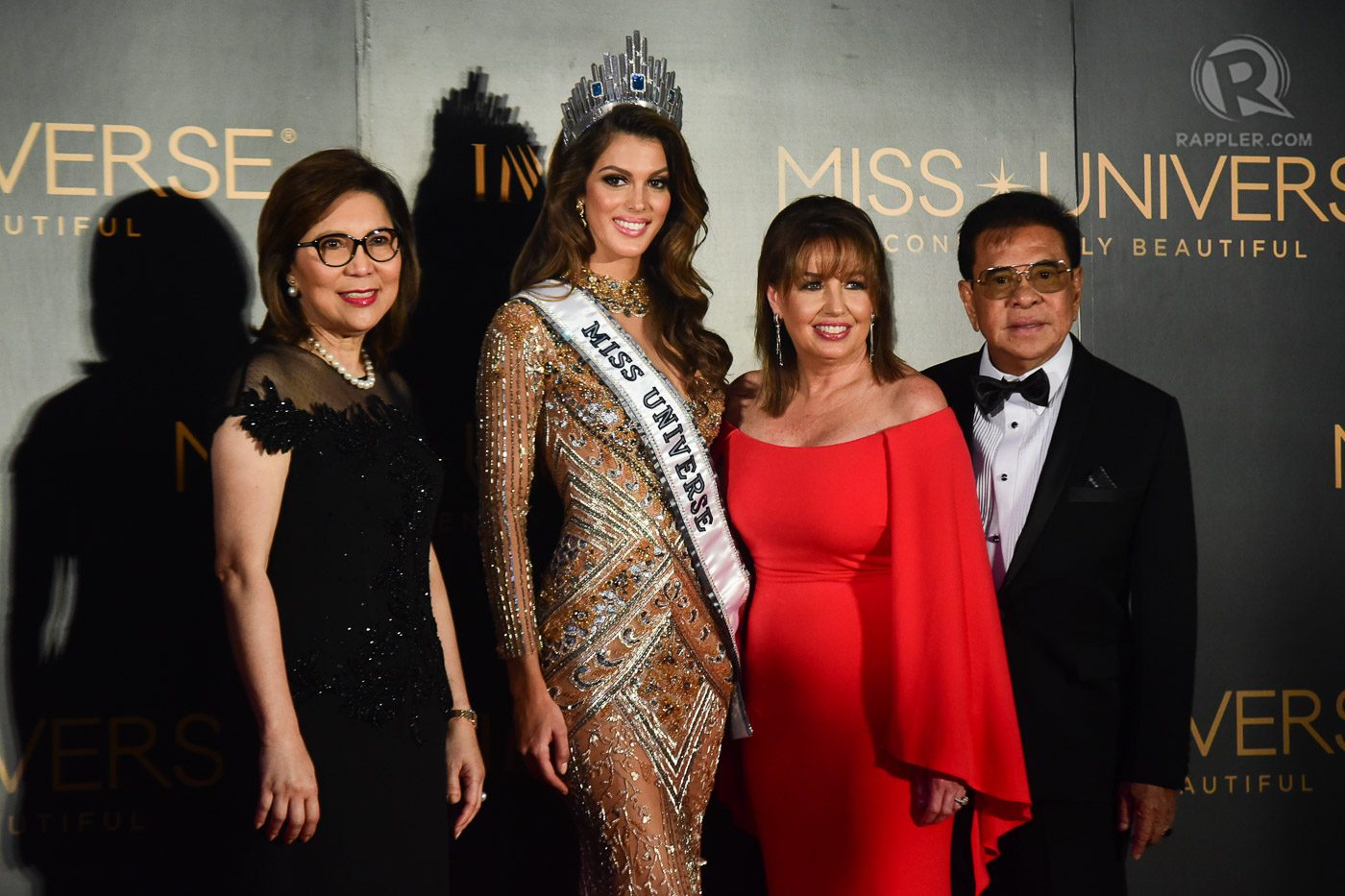 According to a report on ABS-CBN, Department of Tourism Secretary Wanda Teo announced during the International Conference on Sustainable Tourism for Development on Thursday, June 22 that the country will not host the prestigious pageant at the end of the year.

“No Miss Universe this year. Baka (Maybe) next year,” she said.

Teo’s statement confirmed an earlier report on Push.com, where fashion designer Renee Salud said that Teo had told him the pageant will not push through because Solar Entertainment’s Wilson Tieng and other investors advised against it.

(Wilson [Tieng] advised Sec not to hold the pageant yet, because of the success of Miss Universe last year, [it’s] hard to… hard to get even with. If we can’t hold an event that is at par with 2016’s, if we can’t surpass that, especially now that there’s a Marawi incident, there might be a lot of people who will be offended.)

Salud, whose designs were featured at a Mindanao fashion show with some Miss Universe contestants in January, was referring to the ongoing clashes in the Lanao del Sur capital.

In May, Teo confirmed that the Miss Universe organization had asked if the Philippines could host the pageant again. At the time, she said that the DOT will still discuss the proposal with other officials and President Rodrigo Duterte.

Officials of the Miss Universe Organization (MUO) led by Miss Universe president Paula Shugart, were in the Philippines on June 10 as guests of a charity event by San Miguel.

Teo previously told Rappler that the DOT would discuss the pageant with the MUO officials while they were in the country.

The country has hosted the pageant 3 times in the past. The most recent Miss Universe pageant was held in the Philippines in January. – Rappler.com