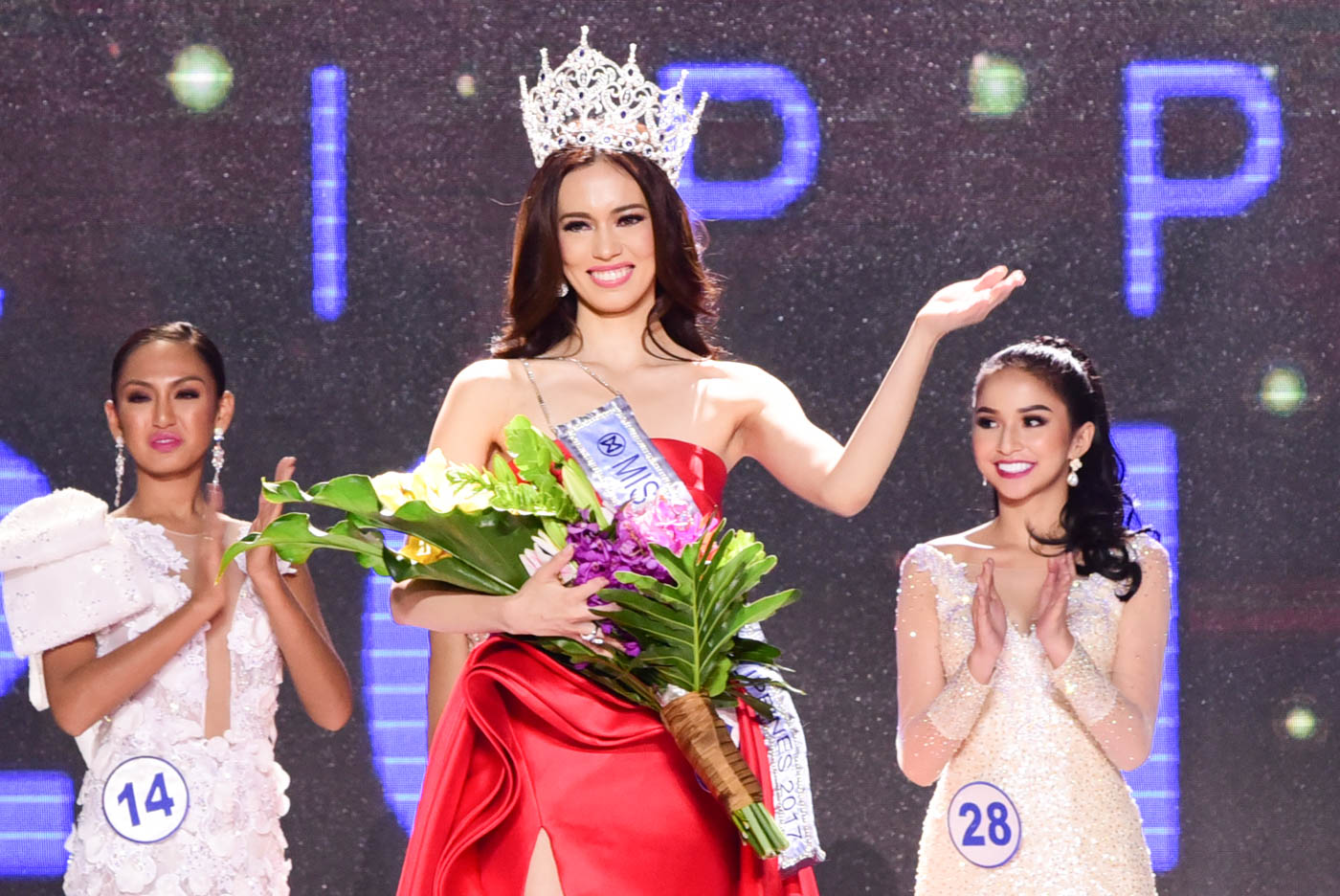 MANILA, Philippines – Laura Lehmann was crowned Miss World Philippines 2017 on Sunday, September 3 at the Mall of Asia Arena, which earned her the right to represent the country in the Miss World pageant in Sanya, China in November.

She succeeded Catriona Gray who finished in the Top 6 of the 2016 Miss World pageant.

The former sports courtside reporter of Ateneo is not new to the pageant scene. In 2014, she placed 1st runner-up at the Binibining Pilipinas pageant.

In an interview with reporters after the Miss World Philippines pageant, Laura said that after her 2014 runner-up finish, she already had thoughts of competing again.

“I always wanted to go back to pageantry after 2014. But I chose Miss World specifically because I really believed in what Miss World does. And as I mentioned, Miss World is the pageant that really justifies pageantry because you don’t just have a crown on your head, it’s not just about looking good, it’s really about giving back and that’s the focus of Miss World,” she said.

Laura said that she enjoyed the experience with the Miss World charity work, and she also talked about her own personal advocacy.

“It’s called PREP – Promoting Rural Education in the Philippines. Basically what we do is we visit rural elementary schools sa Tagaytay, Batangas provinces, and we interact with the kids. Sometimes, we teach them lessons that aren’t available in their curriculum…but what I think that makes it sustainable is we donate books and we build libraries, so even after we’re gone, even after we left the schools, there’s a library for them to enjoy,” she explains.

(4/4) To this day, PREP has donated close to 1 million children's books.  If you would like to donate and help us in this journey, you can send the books to either address below. Beauty With A Purpose is the greatest thing about Miss World Philippines. 🙂 #MWP2017 #LauraForTheWorld Cambridge Circle, North Forbes Park, Makati City (OR) 888 Yale St, Wack Wack Village, Mandaluyong City.

With regards to her 2014 Binibining Pilipinas journey, Laura said that she still considers it as a wonderful experience. In fact her pageant sisters from the 2014 batch – Bianca Guidotti, Hannah Ruth Sison, Kris Janson, Parul Shah, and Yvethe Santiago came to cheer for her.

@iamlauralehmann We just couldn't be more proud of you. Your Bb. sisters will always be here for you

“I think with 2014, I saw what a beautiful experience the winners received and I want to have the same experience, and they [the 2014 Bb Pilipinas queens] made so many people happy even though they didn’t win any international crown. The Filipinos were just so proud that they were there in the national pageants representing them, and I think that’s what inspired me to join again.”

She also said that the support of her pageant sisters indicates that they still remain close despite their busy schedules.

“It’s just another indication that pageantry solidifies friendships because as you can see it’s been years but we’re still in contact. They still watched this pageant, they still supported me,” Laura said.

Laura said that the recent win of the Filipino athletes in the SEA Games in Malaysia was inspiring for her. Her boyfriend, former Ateneo Blue Eagle Von Pessumal is part of Gilas Pilipinas.

“Well I think the SEA Games were inspiring also because the Philippines won gold medals there – I want to show the Filipinos that we can win gold medals not only in sports but also in pageantry.” – Rappler.com