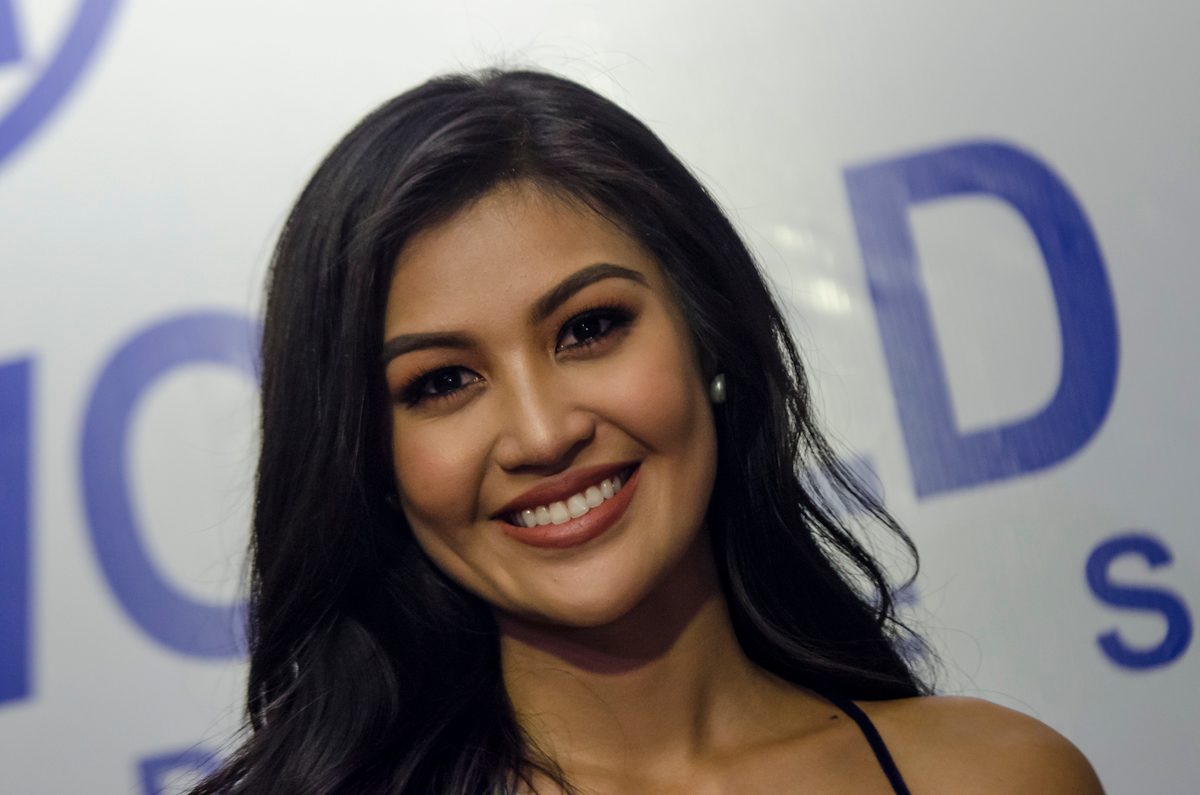 Facebook Twitter Copy URL
Copied
Wyn, who is already in Bolivia for the pageant, says that her not speaking Spanish should not be an issue

“It’s going to be a challenge for me because it’s a land full of talented girls. We all know that Latinas are very good in pageants and very good in dancing… but I wouldn’t wanna put myself down because I’m standing for my country and I’ll do my very best,” she said during the send-off for her and Miss World Philippines 2017 Laura Lehmann last Wednesday, October 18.

Wyn added that language is not an issue for her, since pageant organizers are aware that she does not speak Spanish.

“Language can be learned… but the determination to give honor for my country cannot be learned. So iyon ang hawak ko pagpunta ko ng (So that’s what I will carry with me when I go to) Bolivia… The heart to perform and to bring honor to the country [are the things] that we have to consider first… I hope to make you proud,” she said.

After the send-off, Rappler was able to talk to Wyn about her preparations. She shared that her aunt, Miss International 1979 Melanie Marquez, reminded her to just be herself.

“She told me that you have to be who you are – be confident of who you are and ‘yung walk mo naman, kahit anong walk iyan, kung confident ka sa sarili mo at kilala mo ang sarili mo, makikita iyan ng tao (your pageant walk, no matter how you walk, if you’re confident and you know yourself, people will see that),” Wyn said. Though Wyn doesn’t consider the language barrier an issue, she’s aware that there will always be critics.

“I don’t think that they (the bashers) will keep quiet because they have their own opinions and I respect that. But I also just had to speak up for myself because I don’t want them to [have unrealistic expectations]. So I just said straight that I won’t speak Spanish, I won’t answer in Spanish, but I’m willing to learn it and to say a few words and learn the greetings,” she said.

As for her parents, actors Alma Moreno and Joey Marquez, Wyn said they have been very supportive of her dream. Her friends such as Rocco Nacino, Enzo Pineda, Jay-R, Aicelle Santos, and Rodjun Cruz also threw her a going-away party.

TIKI NIGHT!!! i missed you guys so much and sobrang saya lang kagabi! thank you sa pa send off  thank you sa mga sinabi niyo saakin thank you for making me feel like a reina! basta thank you!  and ofcourse congrats @rodjuncruz and @dianne_medina  see you guys soon.. love you guys!

“They made me feel like a queen that day,” Wyn said of the party organized for her. “And they gave me words of encouragement and every day they would message me on our group [chat], and simple things like that are very important to me.”

Since her arrival in Bolivia, Wyn has posted a few pictures on her Instagram account, including a photo of her meeting the other contestants.

Lunch with the girls! @rhispanaoficial