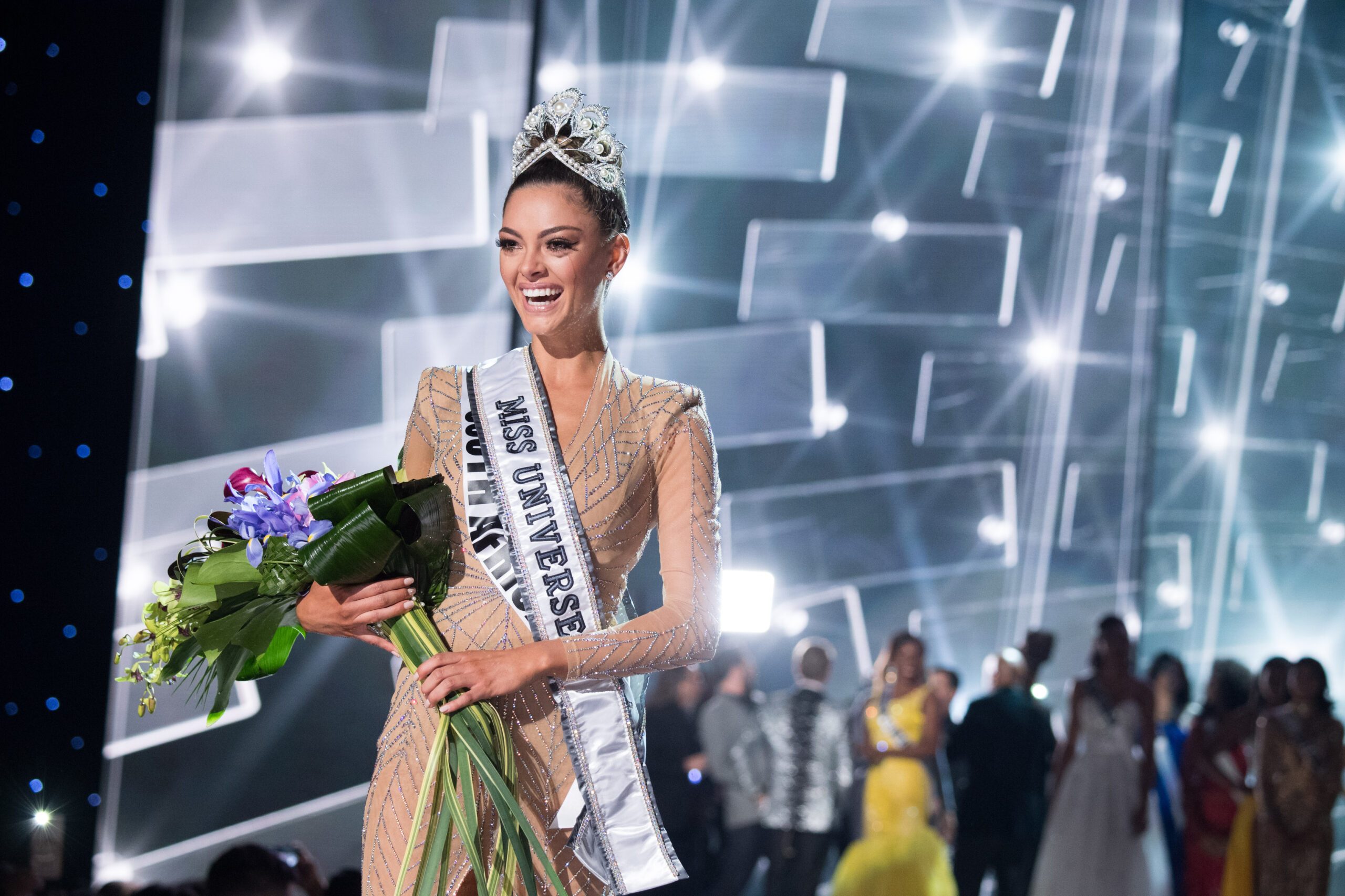 MANILA, Philippines – During the telecast of the Miss Universe 2017 in Las Vegas on Sunday, November 26 (November 27 Manila time), a familiar crown made its comeback.

The Mikimoto crown was in the spotlight as Miss Universe 2016 Iris Mittenaere put the crown on South Africa’s Demi-Leigh Nel-Peters.

The crown was last used in 2007 by Japan’s Riyo Mori. It was first worn in 2002 when Oxana Federova of Russia was crowned. It has since been kept by the Miss Universe Organization after switching to the crowns by Diamond Nexus Lab and the Diamond International Corporation (DIC). (IN PHOTOS: Miss Universe crowns through the years)

In August 2017, it was reported that the WME/IMG, the mother company of Miss Universe, sued the Czech company Diamond International Corporation for breach of contract. According to Reuters, IMG Universe canceled the contract after the company failed to make two payments.

Iris was the last to wear the DIC crown. Since the canceling of the contract with DIC, Iris has been  wearing the Diamond Nexus crown.

In an article, Rappler beauty pageant columnist Voltaire Tayag said the crown “depicted the phoenix rising, signifying status, power, and beauty. The crown has 500 diamonds of almost 30 carats (6.0 g), 120 South Sea and Akoya pearls, ranging in size from 3 to 18 mm diameter and is valued at $250,000.” The Mikimoto crown is considered by fans as one of the most beautiful crowns in Miss Universe history.

Miss Universe 2015 Pia Wurtzbach got the chance to wear the crown during one of her final shoots as Miss Universe. She even got giddy when it was placed on her head.