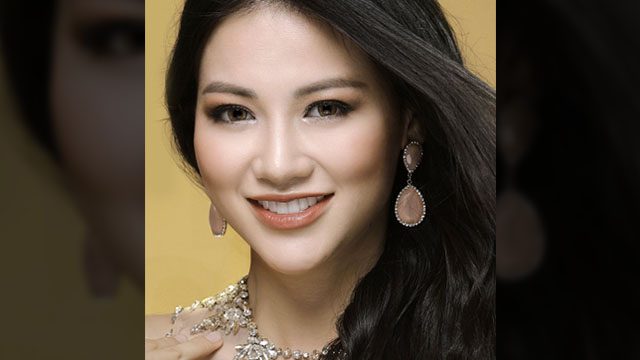 MANILA, Philippines – Phuong Khanh Nguyen was only 15 years old when she first watched the Miss Earth pageant held in Vietnam back in 2010.

But right then and there, she was hooked, and it became her dream to represent her country in the pageant.

“Our land has stood the tests of times thru history. We, the Vietnamese treasure freedom, shrugs off trials, patience in learning and developing thru the phases of growth. Being one of its citizens, young and eager to contribute my share in helping Vietnam to be progressive nation,” she had said.

Eight years later, Khanh’s dream came true – and then some. Not only was she able to wear Vietnam’s name proudly, she also brought home the crown during Miss Earth 2018 held in Manila, Philippines.

Who is the 23-year-old stunner?

Here are a few fast facts about her:

She’s a marketing student and is fluent in both Vietnamese and English. That she cares about the environment isn’t surprising. After all, she hails from Bến Tre, a coastal province located in the Mekong Delta.

The Mekong Delta, in fact, took the spotlight in her eco video for the 2018 pageant. In the video, Khanh spoke about a project launched to protect the Mekong river and the people who depend on it for their survival.

She also has beautiful memories of the river from when she was growing up.

“The enormous responsibility that has to be undertaken for a seed of rice before becoming a plateful of nourishment to my countrymen and sharing it with our Asian neighbors and internationally. I can still feel the bruises on my knees and feet every time I would climb up trees, racing against my siblings through the green rice fields,” she recalled in a Q&A on the Miss Earth website.

“Why do I like them? Because they are intelligent animals that [have] the ability to adapt to [their] environment and situations. Cats are very sociable and just like humans observe [their] surroundings.”

Here are her answers during the Miss Earth 2018 “hashtags” and question and answer portions:

QUESTION: Being a millennial, what do you think is the most pressing issue of your generation?

ANSWER: Good evening, everyone. My answer is our ignoring. We have so many technologies, and we just use social media and only care about ourselves. We should spend our time to think and feel with what’s happening with the Earth right now. And one small action multiplied by a million people can transform the world.

Khanh is the first Vietnamese contestant to win the Miss Earth crown. – Rappler.com