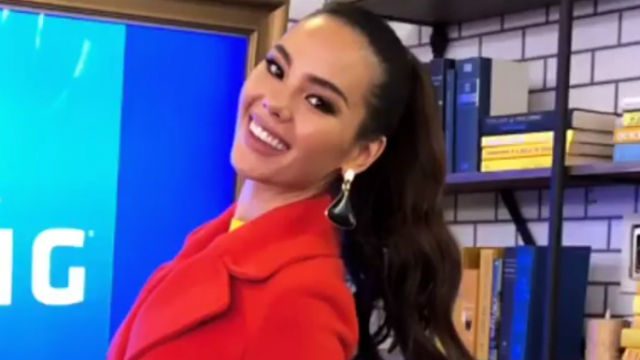 Binibining Pilipinas Charities Incorporated (BPCI) earlier announced that the country’s 4th Miss Universe titleholder will arrive in Manila on February 20. Catriona and her team, however, arrived in Manila much earlier than announced. She flew in late Friday, February 15

Catriona will be welcomed by two victory parades – one on February 21 around Pasay, Manila, and Makati, and another on February 23 at the Araneta Center in Quezon City. The float is designed by Fritz Silorio.

Aside from the two parades, Catriona will be visiting various organizations such as Love Yourself, the organization she’s been working with on HIV/AIDS education awareness, and Smile Train, which helps underprivileged children in need of cleft-repair surgery.

She is also expected to visit Tondo, Manila as part of her work with Young Focus Philippines, an organization that supports children’s education in the area.

According to an ABS-CBN report, a commemorative stamp in Catriona’s honor will be unveiled. A song titled “Filipina Girl” written by Marcus Davis, Billy Crawford, and James Reid will be performed on It’s Showtime on Friday, February 22.

A fan appreciation event for her supporters will also be held on February 24.

She is scheduled to meet with selected media and VIPs before she heads back to New York.

Catriona has been based in New York since January, following her victory in Bangkok, Thailand, on December 17, 2018. She has appeared in various TV and radio shows, where her communication skills have been praised. (READ: Catriona Gray talks about social media and the PH vs Aus ‘debate’)

She recently flew to Indonesia, where she filmed a commercial for a vitamin C brand. – Rappler.com