Facebook Twitter Copy URL
Copied
'This is really where it all began. This is where I was given a chance to represent the Philippines,' Catriona says on crowning the next queen

MANILA, Philippines – Miss Universe 2018 Catriona Gray is back in Manila, and one of her first activities was the “Frontrow and Universe Give Back” charity gala held at the Marriott Hotel on Tuesday, June 4.

At the red carpet, reporters asked Catriona how she felt about passing the Miss Universe Philippines crown to her successor on June 9.

“I am going to feel a little bit emotional because this is really where it all began. This is where I was given a chance to represent the Philippines,” said Catriona, who wore a gown by Jearson Demavivas.

“So to be able to pass that amazing honor to the next Filipina representative, and to see how it’s going to be represented this year is very, very exciting,” she added.

Prior to Miss Universe, Catriona competed in the Miss World 2016 competition, where she finished in the Top 5.

As for the quality that a representative must have to compete in Miss Universe, Catriona said: “Really someone who makes the Philippines proud, to really share with the international audience our culture. Everything that we have to offer to the world and of course put  the best foot forward and show people what the Philippines has to offer.”

WATCH: @catrionaelisa on coming back home and relinquishing her Miss Universe Philippines crown. | via @alexavillano pic.twitter.com/aVFf9gFaDE 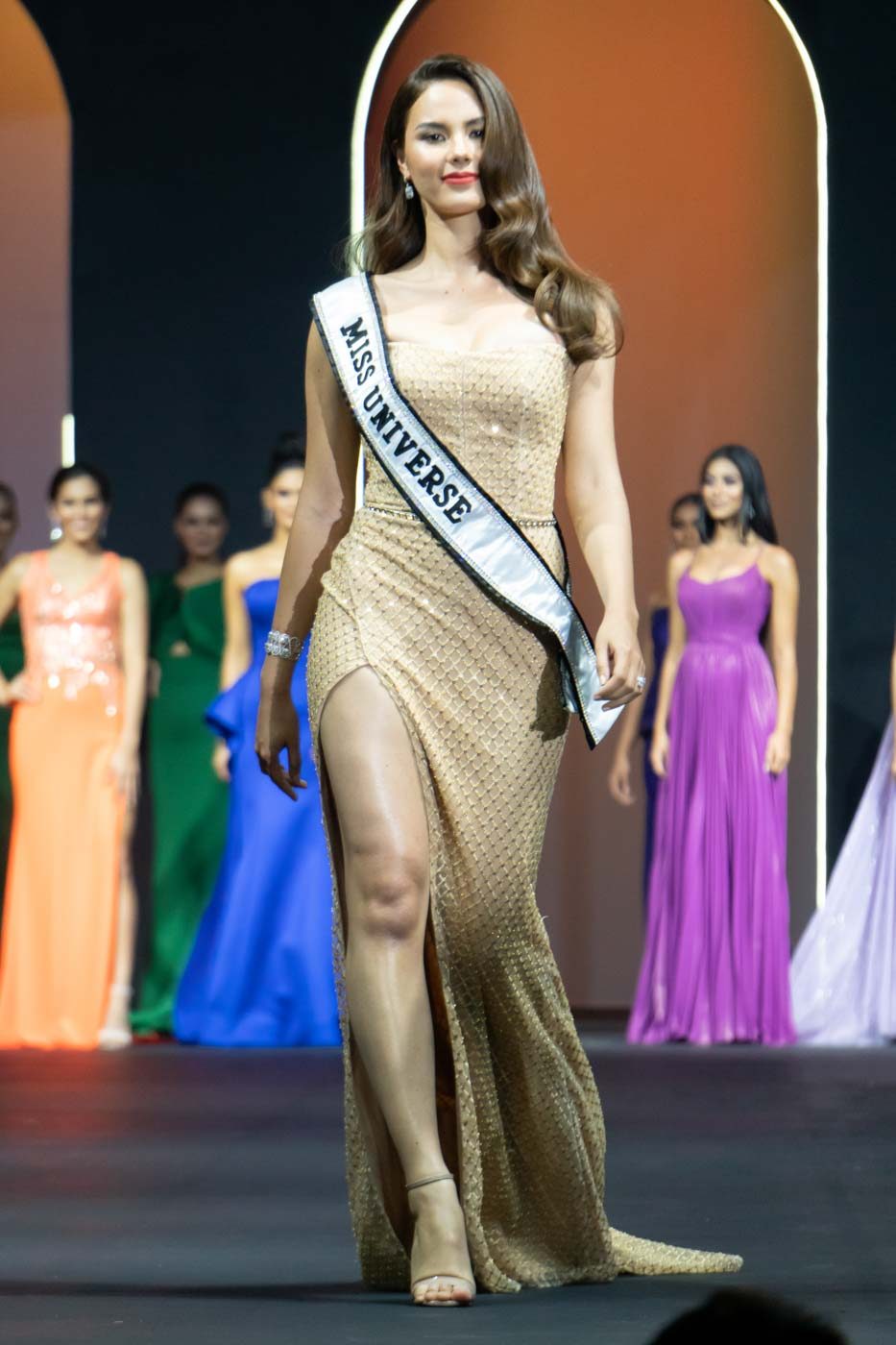