Pia Wurtzbach defends Vickie Rushton: Nerves can happen to the best of us 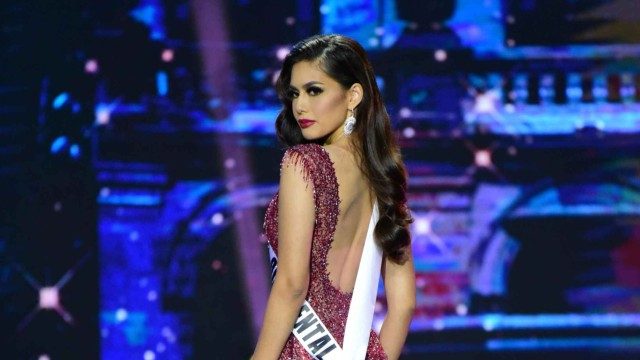 Facebook Twitter Copy URL
Copied
'My heart also breaks for Vickie. I hope she can try again. I believe this girl is smart,' says Pia Wurtzbach in an Instagram story

“My heart also breaks for Vickie. I hope she can try again. I believe this girl is smart. Nerves can happen to even the best of us,” said Pia in an Instagram story. Pia was unable to attend this year’s pageant finals since she was shooting a movie.

“It’s not easy to compete. Keep your chin up, Vickie,” added the former Miss Universe, who herself had to join Binibining Pilipinas thrice before finally bagging a crown.

Vickie was first runner-up during last year’s pageant – that means she did not win a crown, nor did she represent the Philippines in an international pageant. She entered this year’s contest as an early and heavy fan favorite.

She bagged at least 6 special awards during the competition but fumbled during the pressure-packed Q and A portion. Actor Daniel Padilla asked her: “Why is mental health as important as physical health?”

To this, Vickie answered: “Mental health is as important as physical health, because of our inner being. Having self-love is important. As a woman, I can inspire and empower the people to take care of themselves, to take care of their mind as well as their health. They will be as effective.”

The Binibining Pilipinas 2019 pageant saw 40 women competiting for 6 crowns. Pageants are wildly popular in the Philippines – an obsession that’s only been fueled further by Catriona Gray’s win as Miss Universe 2018. – Rappler.com