Who are Aya Abesamis and Samantha Bernardo, Binibining Pilipinas runners-up 2019? MANILA, Philippines — The runner-up positions in Binibining Pilipinas may seem like “spare tires” to many, but for Samantha Bernardo and Maria Andrea “Aya” Abesamis, being part of the circle of 8 is a huge honor in itself.

Both second timers in the pageant, Samantha got the same place as last year — 2nd runner-up, while Aya, who was part of the Top 15 in the 2018 edition, got 1st runner-up.

Maria Andrea or Aya, had a lot of challenges to overcome following her first try in 2018. The daughter of Miss Universe 1984 3rd runner-up Desiree Verdadero-Abesamis, Aya, a member of the Professional Models Associaton of the Philippines (PMAP) carried with her the burden of being the daughter of a “pageant royal.”

In her media day interview last May, Aya said: “I think compared to last year, I am more trained right [now] and that you really need that determination and time to be able to push yourself, and challenge yourself in everything that’s coming in. And that brings out the best in you every single day.” 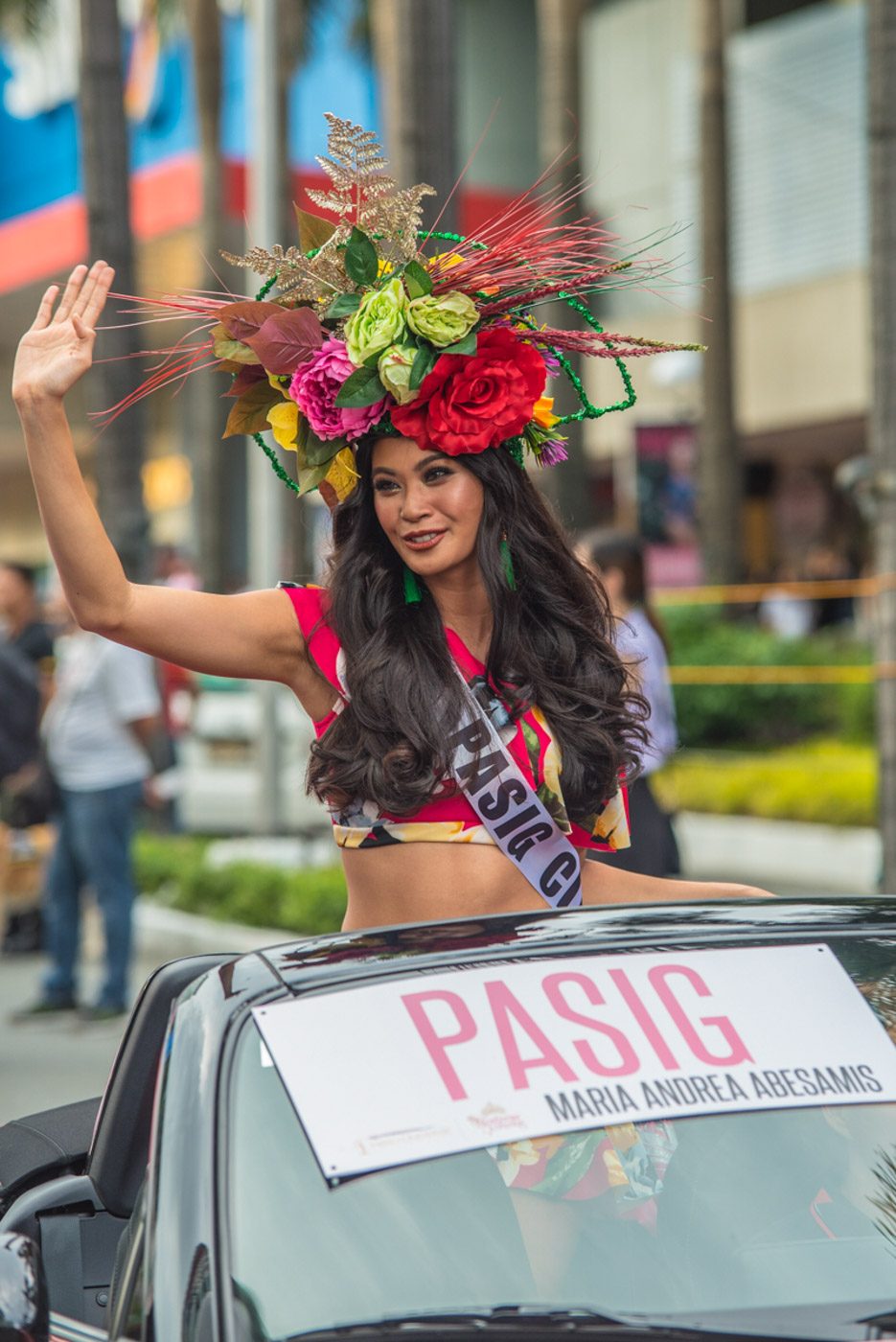 In her video during coronation night, Aya, a Fine Arts graduate from the University of Santo Tomas, spoke about her love for the arts. “As an artist, I believed that this can empower, enable, and also inspire a lot fo people or anybody at least, especially the youth and the vulnerable members of society.”

She was criticized for her communication skills, particularly during the Free Speak portion of the pre-competition. Come Sunday night, she proved her detractors wrong when she was able to answer the Q and A.

The results gave her the 1st runner-up position, which she took well. On her Instagram days after the pageant, she wrote: “I have so much to be thankful for. To my ever supportive family, relatives, friends, co-candidates, past queens, Team Aya , Aces & Queens, Trainers, and my #AYAMAZING family and more —will be tagging you. I appreciate your taking time out of your busy days to help me out and mold me to who I am today. Thank you for your patience, support and for believing in me all through out.

“My life is blessed with amazing people like you. Thank you for being part of my journey. This is for you. Maraming Salamat po! “

Samantha Bernardo was last year’s 2nd runner-up. She ended getting the same place this year. This came as a surprise to many, since she did well in many of the pre-pageant activities.

The candidate from Palawan, at 26, has worked with various charities. She is active in the campaign to eradicate malaria in her province. During the media day, Samantha talked about the cause, saying it was close to her heart.

“I want to spread more about awareness for malaria control and elimination and hopefully we can achieve a Malaria-free Philippines by 2030,” she said.

Samantha is also a dancer and gymnast. She showed her dancing skills in the talent competition of the pageant in March. She was judged as one of the top 3 in Best in Talent. During pageant night, Samantha was asked about her thoughts on rape jokes. She answered: “It’s so sad that people are making jokes of this, about rape. It is not normal for us Filipinos. We should all stand up as women to use our voice for sexual harassment. I think it is nice of our government to do the Safe Spaces bill, so that women around the world, especially here in the Philippines, can have a safe environment in school, in economy, and in everything.” After the judges’ deliberation, Samantha was called for the second time as the 2nd runner-up. A day after the pageant, she posted a message for the new queens on Instagram.

“No words can express how I feel right now. I just want to extend my deepest gratitude, love and positivity to all of you especially to my new reigning queens of @bbpilipinasofficial @gazinii @patchmag @raebaaee @samantha_ashley_lo @emmatiglao@lerenmaebautista @ayabesamis. May we always find beauty, substance and purpose in everything that we do.”

It’s unclear if Samantha will give Binibini another try. But for now, she’s ready to help the 2019 batch and lend them the support they need. — Rappler.com