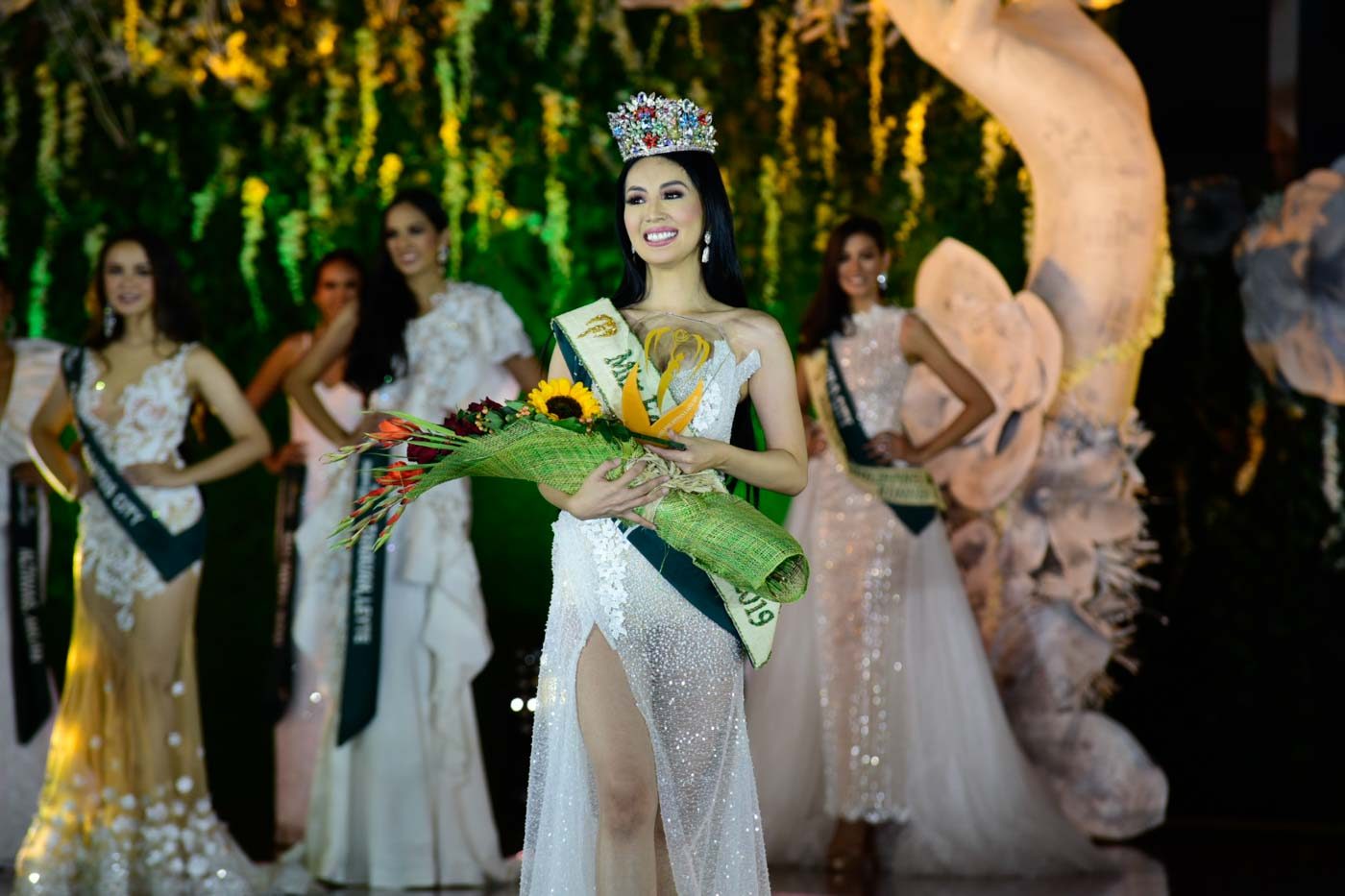 MANILA, Philippines — On Wednesday, July 10, Janelle Tee of Pasig City was crowned Miss Philippines Earth 2019. She will represent the Philippines in the upcoming Miss Earth pageant scheduled sometime in the end of the year.

It’s a sweet win for Janelle – she did, after all, fail in her first try in the pageant back in 2014. In an interview with Rappler after the finals on Wednesday, she said so many things have happened since then.

“It changed a lot in terms of experiences in life,” she said. “And I think that made me fight again and compete again here in Miss Philippines Earth. And I actually said goodbye to pageantry before because I was working as a TV host in GMA.”

Now 28, Tee said that she thought about the times she could have joined again. Thankfully, she got a chance again when the Miss Philippines Earth organization increased its age limit to 28.

“Ayoko na ng what if sa buhay ko (I don’t want to think of what ifs anymore). Win or lose, I’ll give it another shot.”

Tee said that prior to the competition, she paid a courtesy call to Pasig City mayor Vico Sotto, with whom she shares an interest in promoting health care. She also said that aside from her advocacy, she would like to travel around the Philippines and promote eco-tourism.

Aside from hosting on GMA, Tee also hosted Chinoy on ABS-CBN News Channel (ANC) and worked with the Lingkod Kapamilya Foundation. As for the competition proper, Tee said that she will definitely be seeking tips from the country’s 4 Miss Earth title holders — Karla Henry (2008), Jamie Herrell (2014), Angelia Ong (2015), and Karen Ibasco (2017), who were present at the event as hosts.