Facebook Twitter Copy URL
Copied
Leren, who won the Miss Tourism Queen of the Year International in 2015, says she will use her previous pageant experience as motivation

MANILA, Philippines —Binibining Pilipinas Globe 2019 Leren Bautista is now in Albania to compete in the Miss Globe pageant happening in Montenegro on October 21. But before she left, the media got a chance to speak with her during the send off for her and Bb Pilipinas Grand International 2019 Samantha Lo.

Leren was asked if her previous pageant experience will be an advantage or an added layer of pressure heading into Miss Globe. Prior to Binibini, Leren joined Mutya ng Pilipinas and won the title of Miss Tourism Queen of the Year International in 2015.

“I think [it’s] both an advantage and pressure. But then I will use that advantage as my learning experience from the international pageant that I joined before. And pressure, yes it is still there but I will make that pressure into motivation to bring my second crown here in the Philippines. And I will be proud to bring that here. So I am ready.” 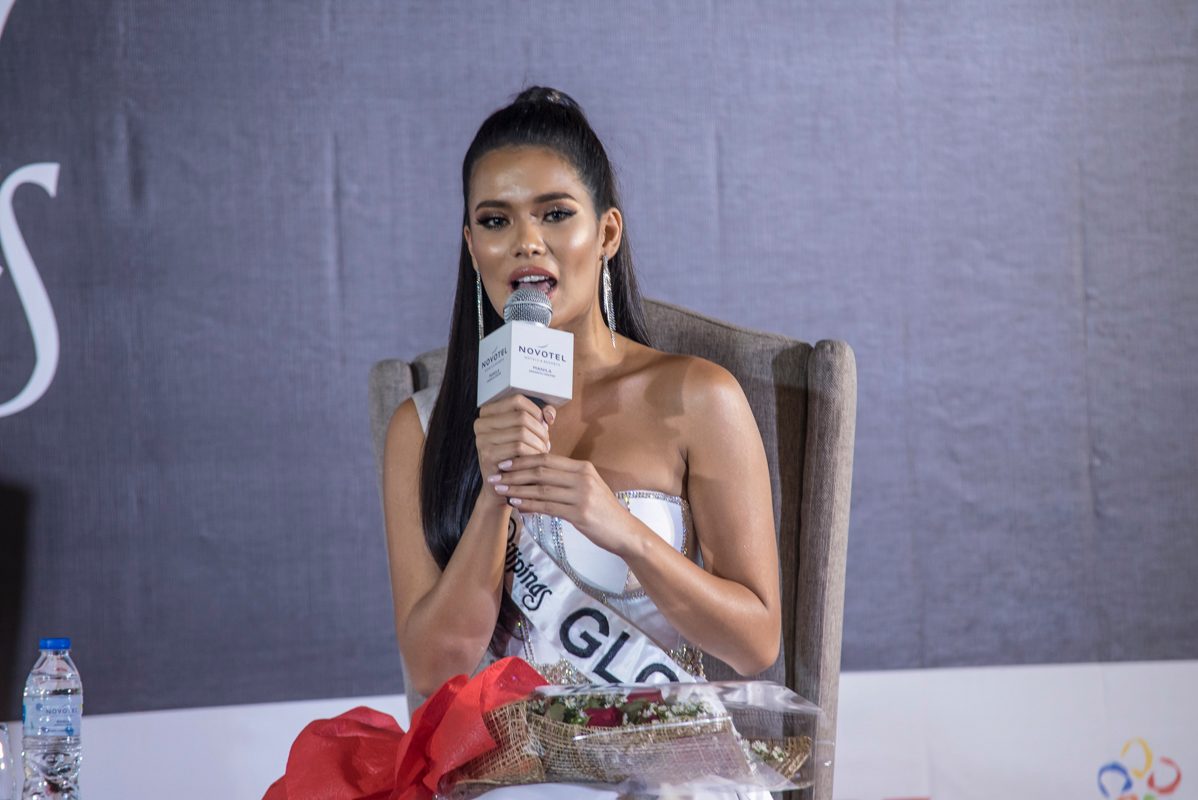 Leren said that pageant fans know the hard work that goes with being the Philippine representative.

“The Philippines works hard for this pageant, for every pageant that we are into. We’re preparing not only mentally but also physically…the Filipinos are very supportive. I think that would make us stand out in the international pageant,” she said.

Aside from training, Leren believes that being in Bb Pilipinas alone has honed her for the international competition.

“In addition to that, more on preparing myself mentally because i know it’s going to be hardwork, it’s going to be a hard competition. So just keeping me sane with the help of my family and my friends,” she said.

On Monday, October 7, Leren posted on her Instagram stories a thank you message.

“I’ve been reading all of your messages and I can’t help myself but feel grateful and proud that I am a Filipino. Thank you all so much.”