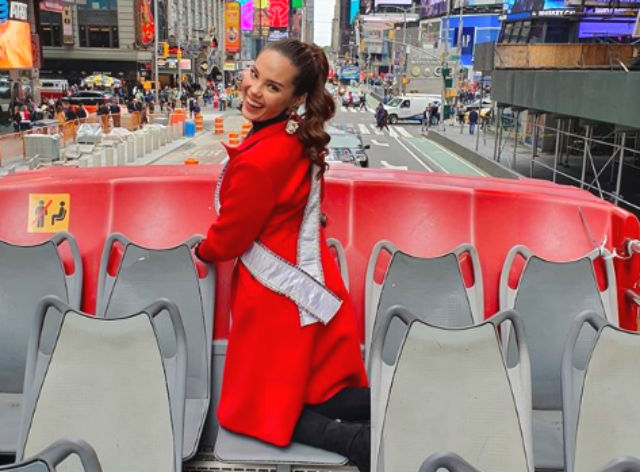 MANILA, Philippines – Miss Universe 2018 Catriona Gray made her final goodbye to New York City, her home for almost a year after winning the crown last year in Thailand.

On Sunday, December 1, Catriona shared on Instagram that she is in Atlanta for the 2019 edition of the pageant.

“Atlanta here we go! This is also my official goodbye to New York! Feeling super sentimental about it all! I walked into this lobby in these exact boots earlier this year, now we’re 9 days away from welcoming a new queen! Join me for one last trip as your reigning #MissUniverse.”

In another post, she shared a picture of herself with New York’s skyline behind her.

“Will forever remember the year I called this concrete jungle, home. Thank you, New York.”

Since winning Miss Universe, Catriona has travel to various countries and parts of the United States to raise awareness on many causes. She became the country’s 4th Filipino to win the title, the last being Pia Wurtzbach in 2015.