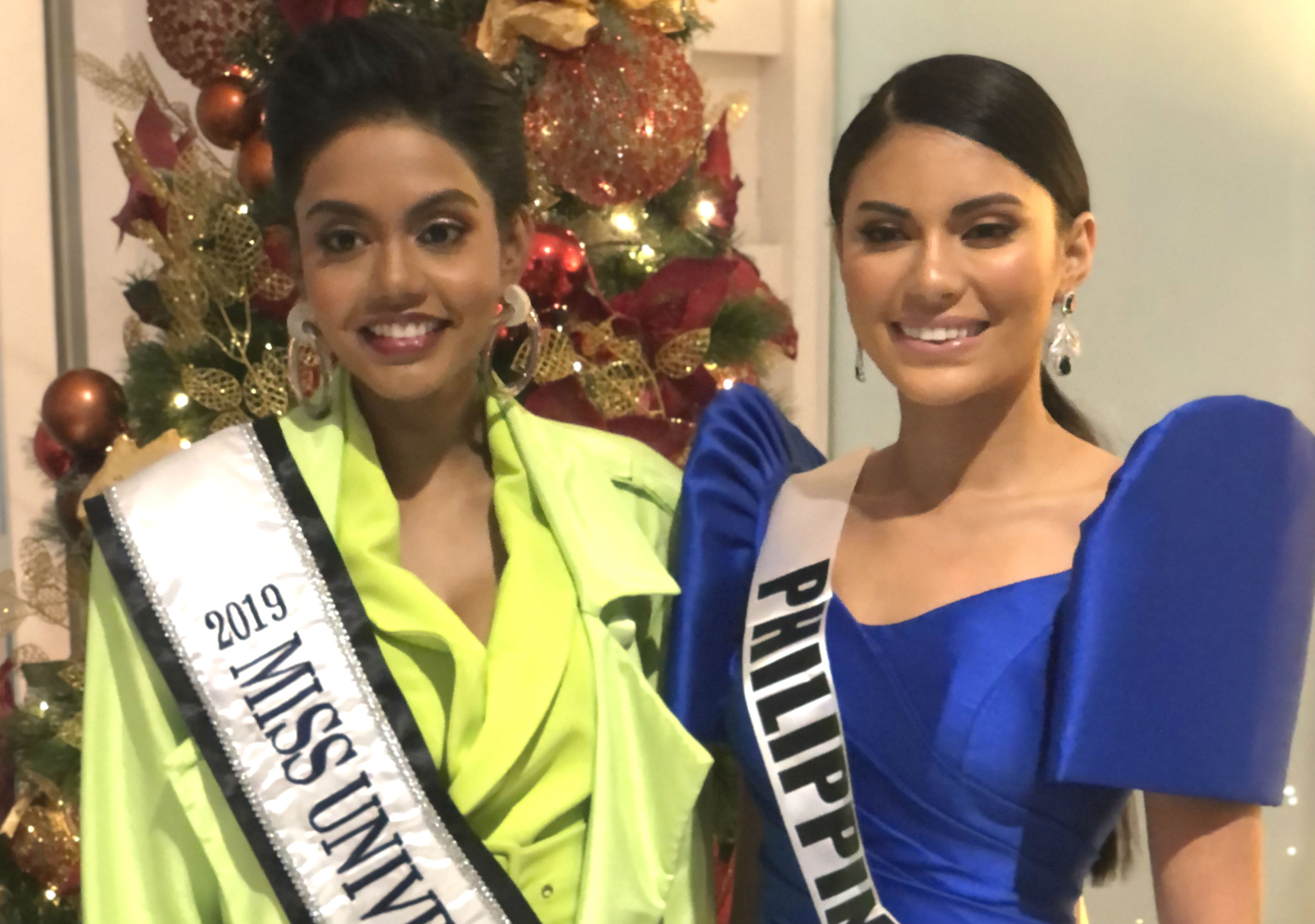 A lot of pageant fans have been wondering why the two have been so close – even accompanying each other in events ahead of the competition. We talked to Miss Universe Philippines creative director Jonas Gaffud via e-mail, for a chat about the Filipino and Singaporean representative to the pageant.

“Mohana arrived in November. Aside from training Gazini, we had other things to do for her like management wise, schedules with BPCI (Binibining Pilipinas Charities Inc), shoots, events etc. My Empire team was there for support all the way,” he said.

Jonas also heads Empire and Mercator Talent Agency. He said that even before Miss Universe, their team explored opportunities for the two ladies pre- and post-pageant.

The meet and greet for Oskin Care by Olivia Quido in Los Angeles, for instance, was originally set just for Mohana.

“I asked BPCI if they can also move Gazini’s flight to be the same as Mohana’s so they can be together. When the sponsor (Oskin Care by Olivia Quido) learned about it, I asked her to let Gazini join too. It was just great to see them both in the activities.”

Although both ladies are under his watch, Jonas said the bulk of preps have been focused on Gazini. After all, Gazini won her crown in June while Mohana was crowned in October.

“Attention to Gazini was given since she won. She had more time with the Jonas group. I only met Mohana late August and was able to train her along with other Miss Singapore contestants in September, then only in November when she arrived. And both have different road managers at Empire. So whatever they need, the managers let me know, and we act as swiftly as possible.”

Jonas said he wasn’t sure how long he’d be consultant for Miss Universe Singapore. It’s a tough job, especially since pageants are not popular with Singaporeans. “It is so difficult to promote pageants in Singapore compared to the Philippines. That’s why we had fashion shoots and women talking about their advocacies to change the image of pageants there,” he said.

With an expanding role in the Miss Universe Philippines brand and as he continues to train girls from other countries, Jonas said he and his team have a lot of work to do.

“When I put myself into something, I do my best no matter what. Because you learn so much from everything. You gain so many business ideas, creativity and life in general. The difference lies on the support and the perception of each audience.” – Rappler.com