Facebook Twitter Copy URL
Copied
After 55 years, the Miss Universe license is no longer with the Binibining Pilipinas Charities Inc

MANILA, Philippines – Binibining Pilipinas Charities Inc (BPCI), the organization behind the annual Philippine pageant, said it would push through with pageant even after losing the Miss Universe franchise.

“Binibining Pilipinas Charities Inc (BPCI) and its ExCom headed by Ms. Stella Marquez de Araneta, Ms. Conchitina Bernardo, Ms. Betsy Westendorp Brias, Mr. Raymond Villanueva and Ms.Irene Jose, wish to inform everyone that after 55 years of nuturing and protecting the brand, Miss Universe Organization (MUO) has decided not to renew its license with BPCI,” the organization said in a statement released Tuesday, December 10.

An organization or individual with a Miss Universe franchise or license has the right to select their country’s representative to the yearly international pageant.

“BPCI will continue to focus on its charitable initiatives and the staging of the annual Binibining Pilipinas Pageant – the fairest and most prestigious beauty pageant in the country,” it added. 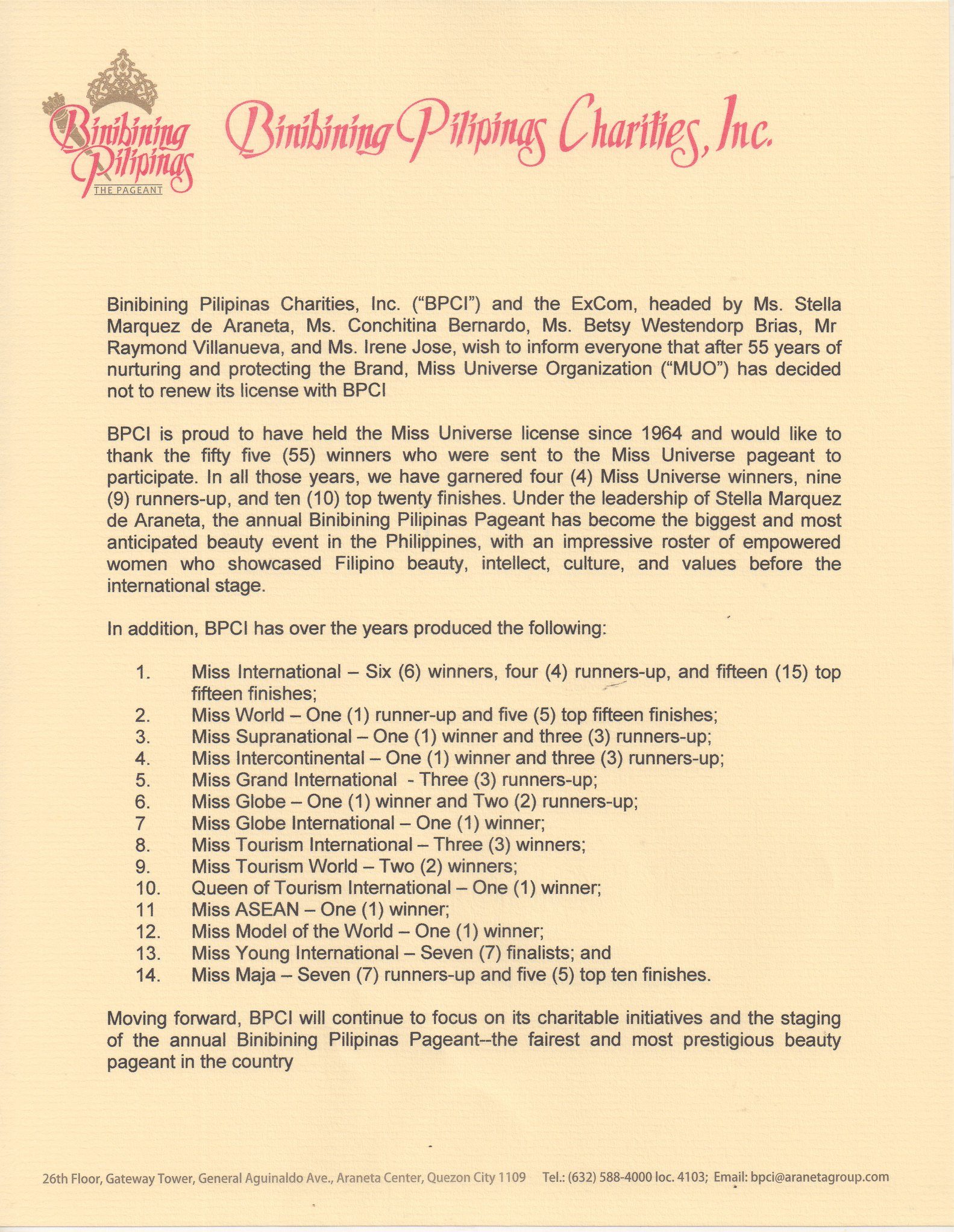 On Monday, December 9, the Miss Universe Philippines group announced that it would now conduct the search for the Philippines’ yearly representative. Miss Universe 2011 3rd runner-up Shamcey Supsup was announced as the national director of the group with renowned pageant coach Jonas Gaffud as creative director.