iPhone to have larger screens? 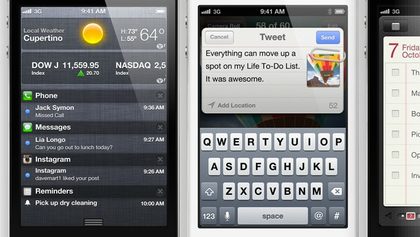 MANILA, Philippines – The next version of the popular iPhone may well have a larger screen, after Apple reportedly ordered bigger screens from its suppliers in Asia.

A report on the Wall Street Journal on Wednesday, May 16, quoting “people familiar with the matter,” said the company was working with several screen makers on the new phone.

The current models of the iPhone have 3.5-inch screens — smaller compared to some of its rivals, mostly running the Android operating system.

Phones such as the Samsung Galaxy Note and Motorola Droid have larger screens compared to the iPhone.

Production on the new iPhone could start next month, the WSJ added. – Rappler.com