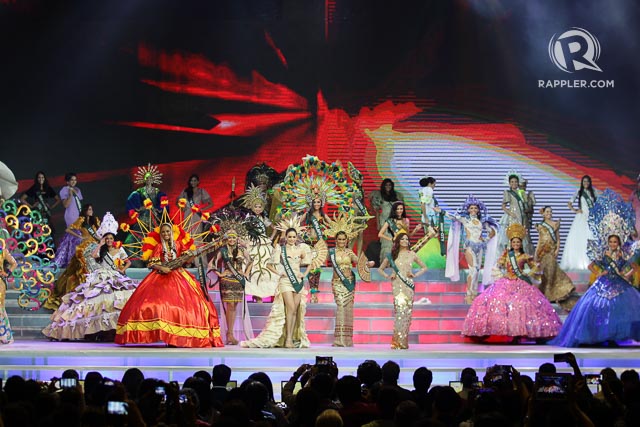 MANILA, Philippines – One of the most awaited portions of the Miss Philippines Earth 2015 pageant is the colorful parade of cultural costumes representing the different beautiful locations in the Philippines.

Host Robi Domingo said that the winning design chosen by the panel will be worn by the Philippine representative to the international pageant to be held later in the year.

Best cultural costume was awarded to Lipa City, with the gown designed by Chico Estiva and worn by Paris Silva. 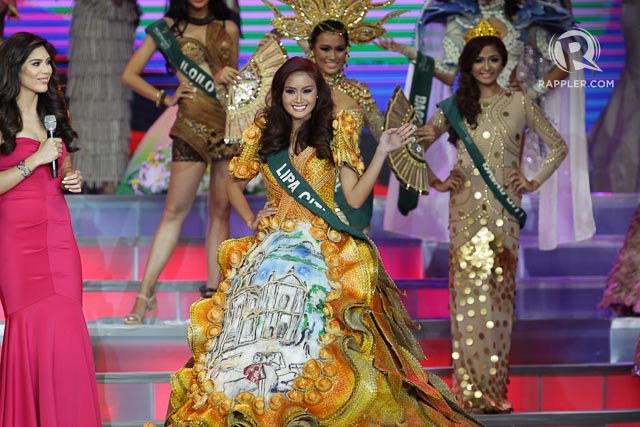 Here are photos from this segment from coronation night, held at the Mall of Asia Arena, Sunday, May 31. 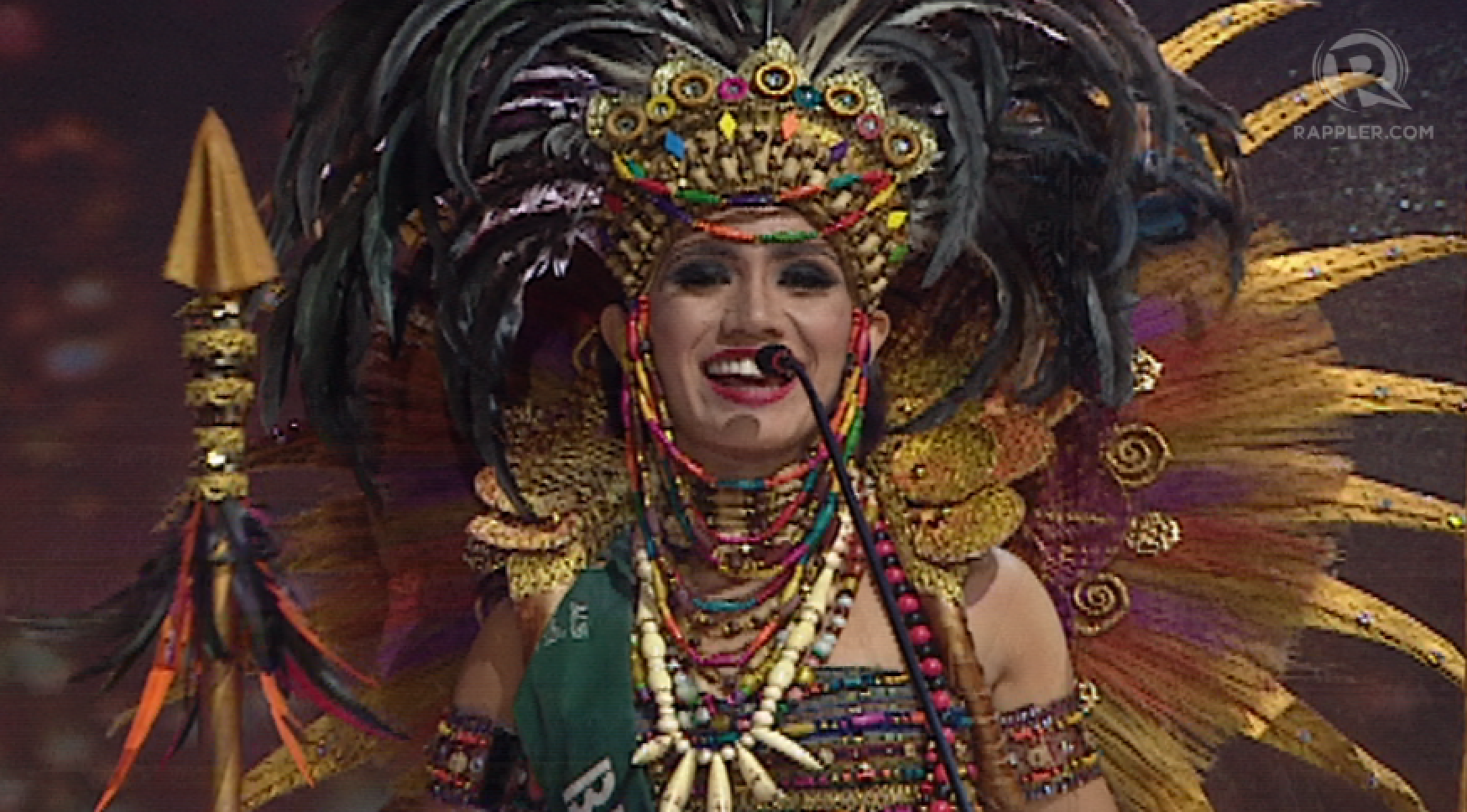 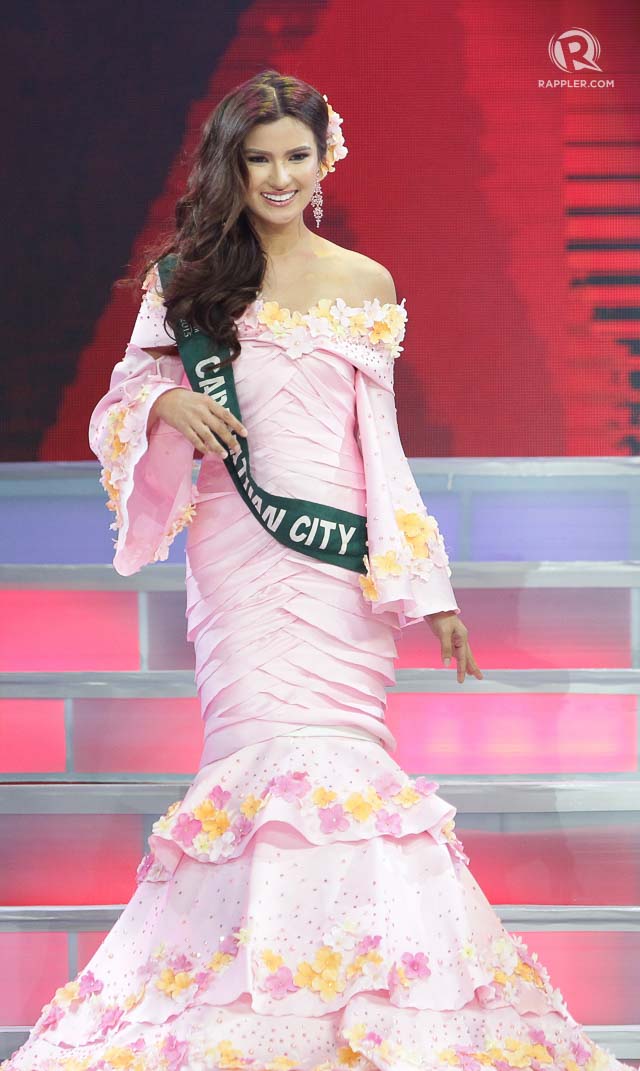 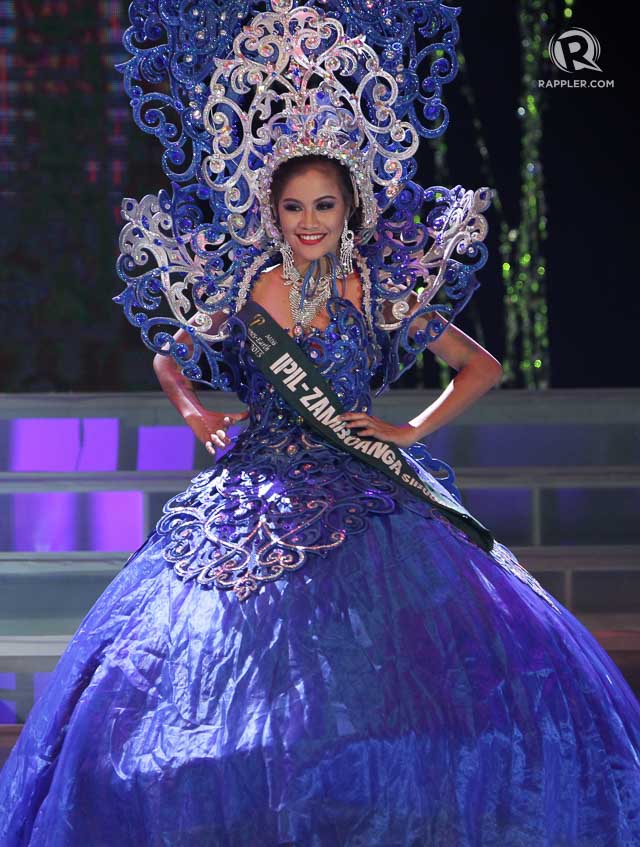 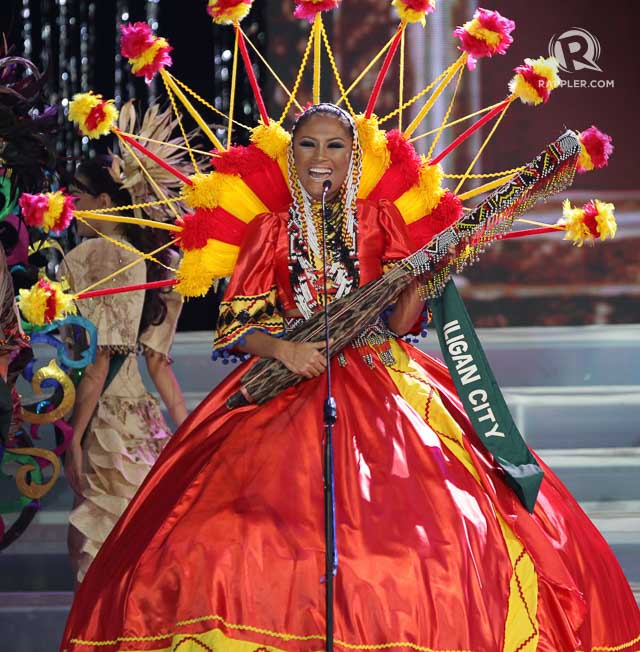 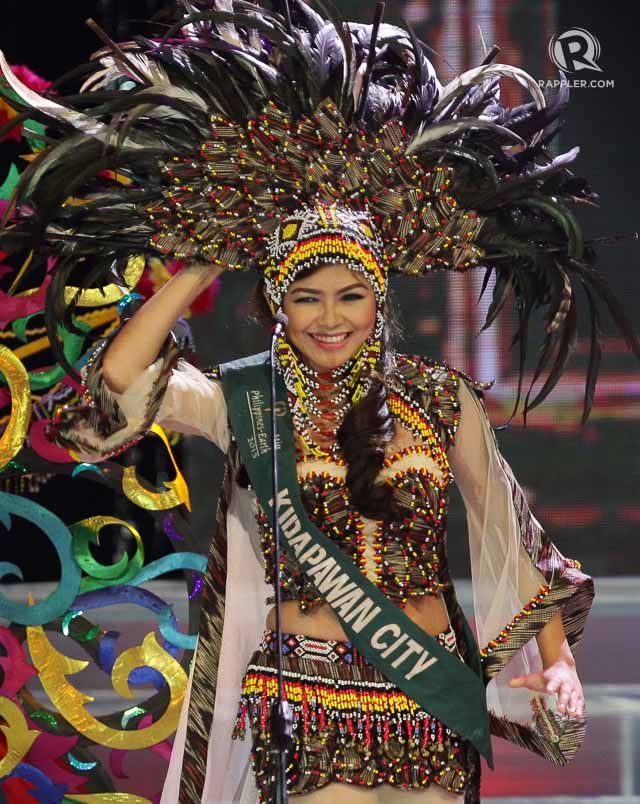 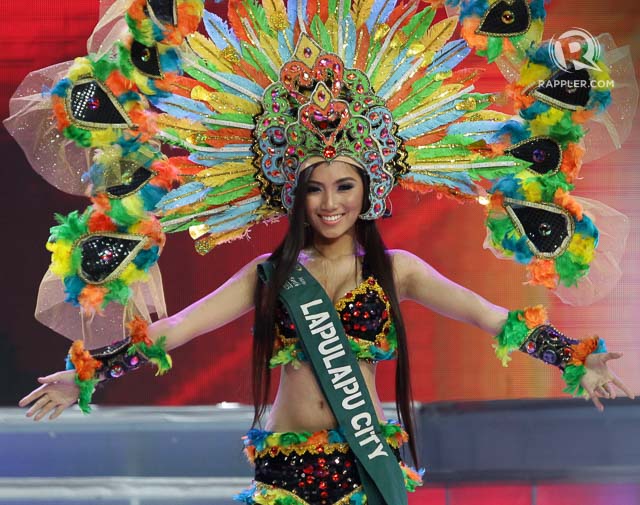 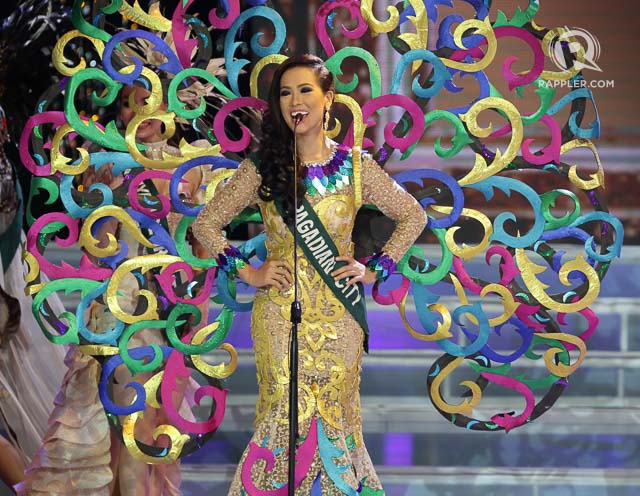 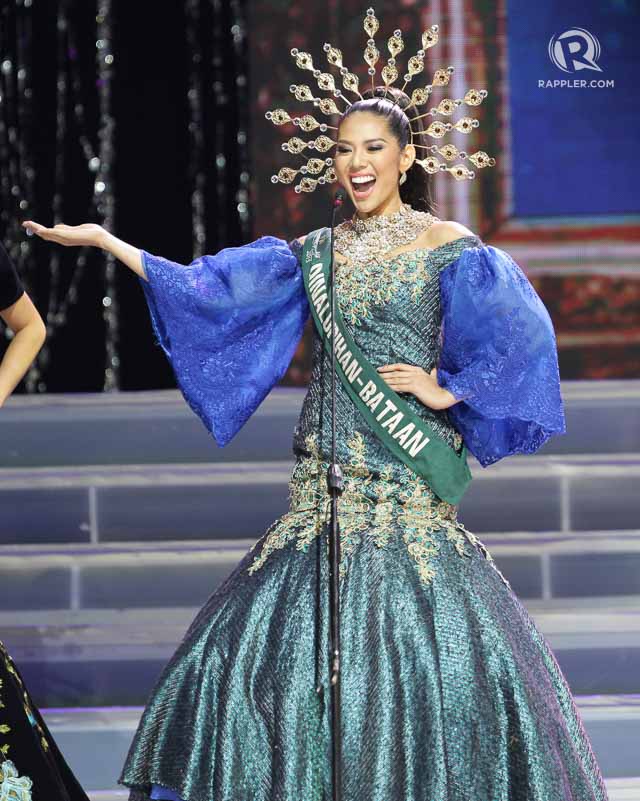 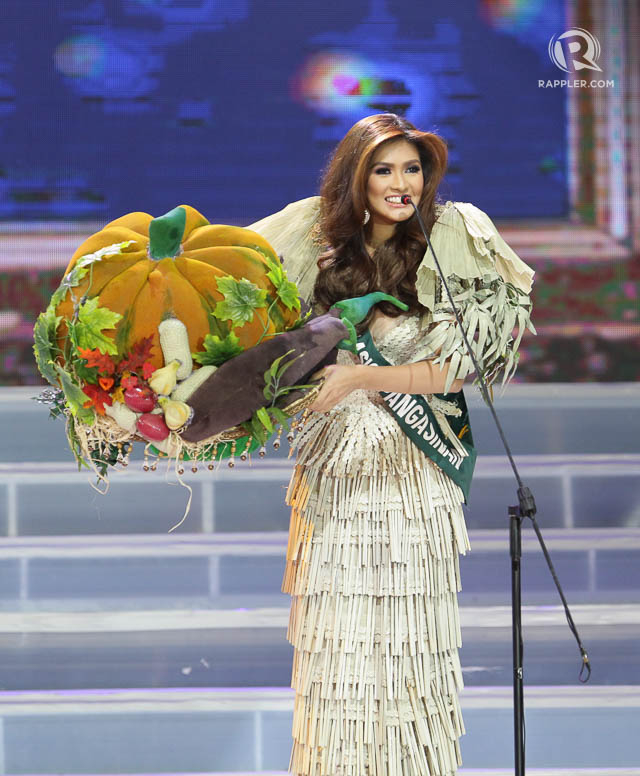 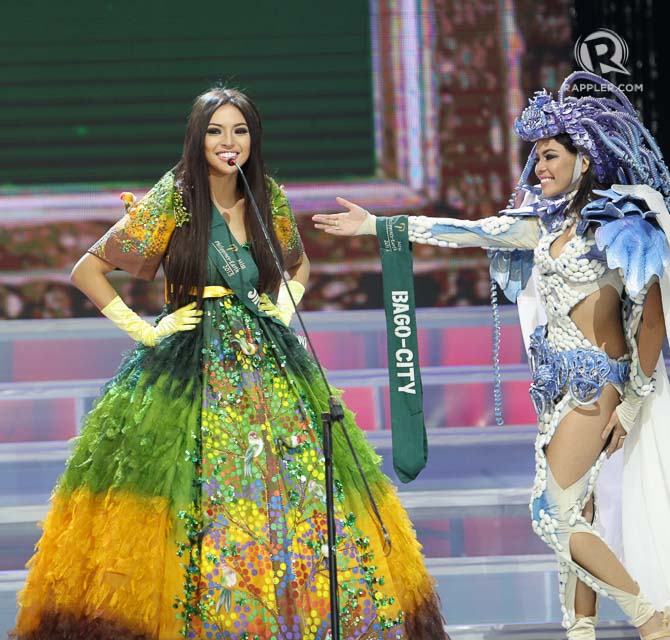 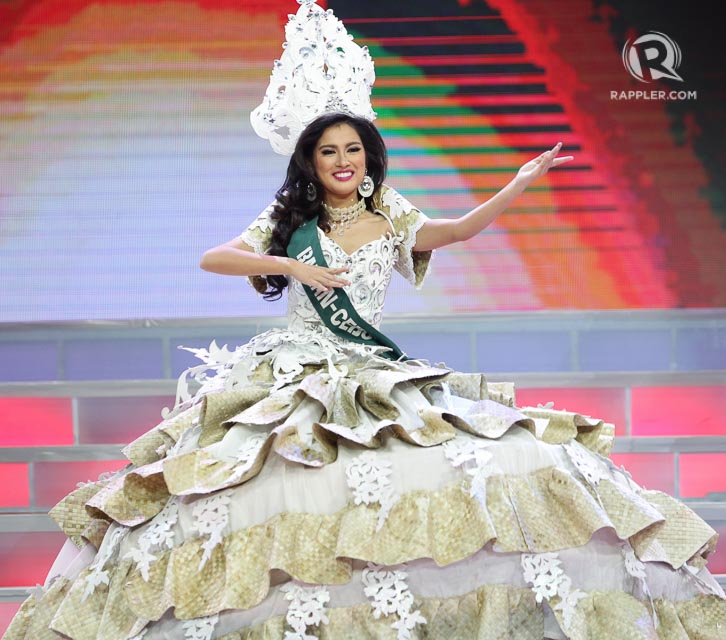 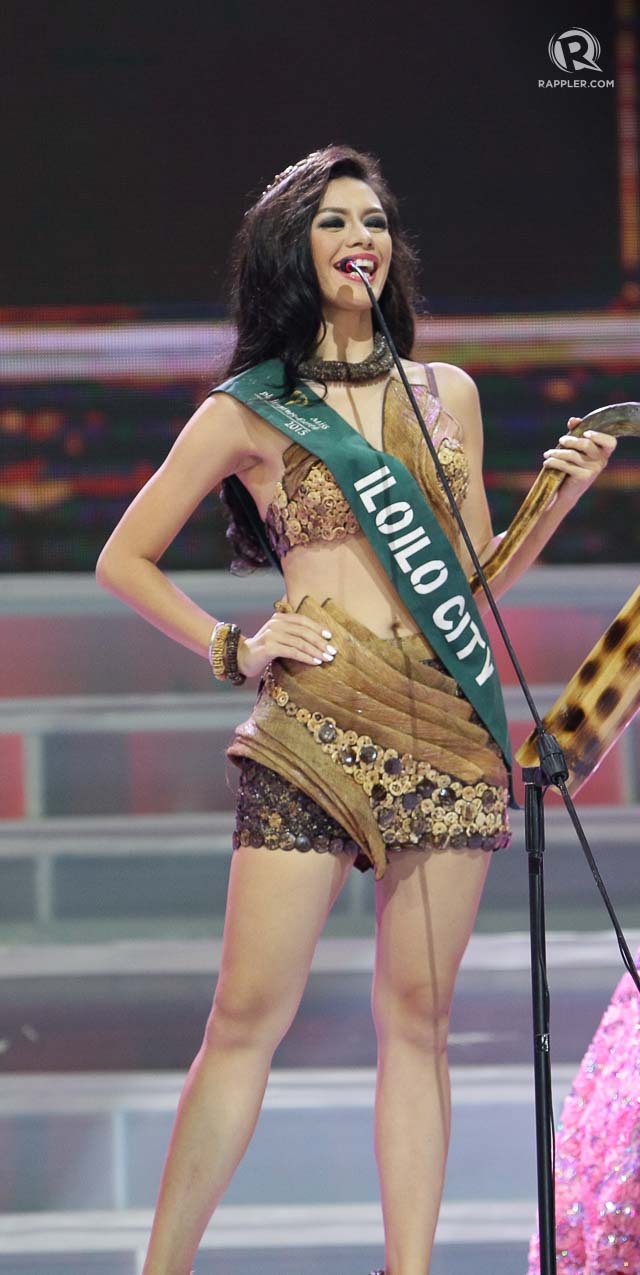 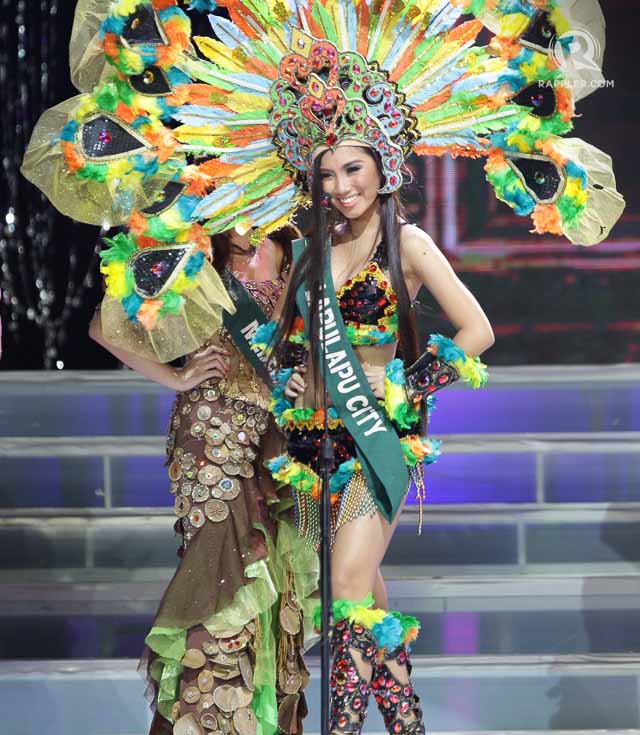 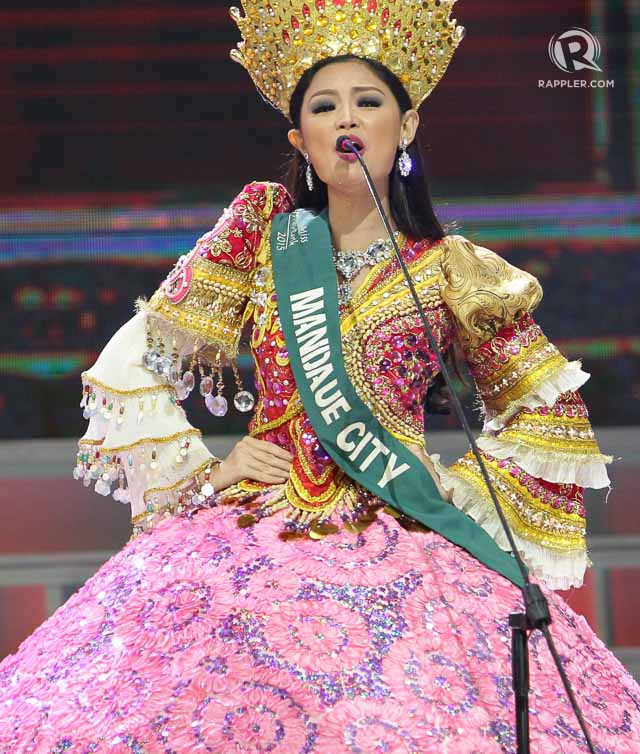 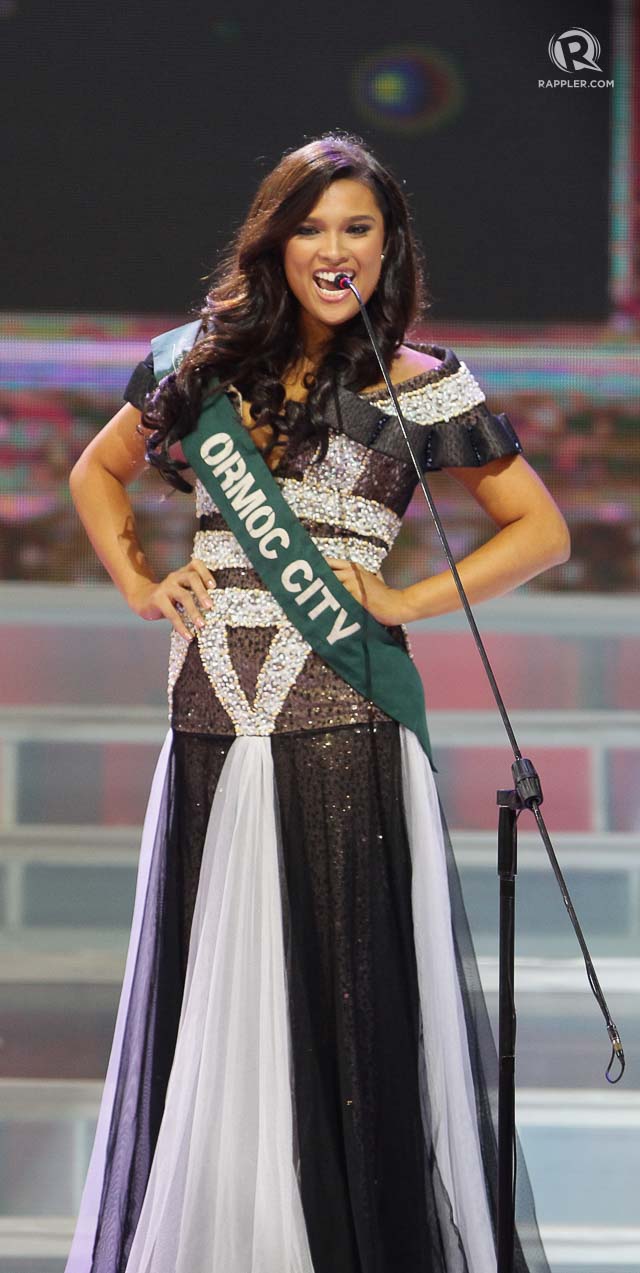 What do you think of the costumes? Let us know in the comments below! – Rappler.com