The evening began with the ladies appearing in their various cultural costumes representing where they were from. After a colorful turn around the stage and their brief introductions, hosts Karla Henry, Ginger Conejero, and Robi Domingo were introduced.

Robi said that the design chosen by the panel will be worn by the Philippine representative to the international pageant to be held later in the year.

Best cultural costume was awarded to Lipa City, with the gown designed by Chico Estiva. Winners of the special awards followed: The top 15 were then introduced:

Followed by the swimsuit competition: 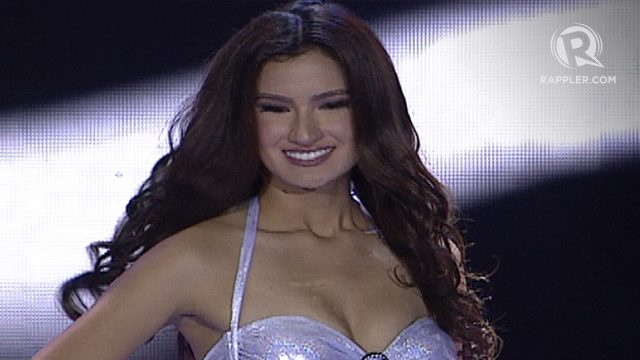 After a look at the ladies’ Miss PH Earth journeys, the top 10 were announced.

This was followed by the Q&A portion.

This was the winning answer from Angelia Ong from Manila, who was asked by Zsa Zsa Padilla how she felt about same sex marriage: “If the person feels he or she needs to be married to show his or her love then i don’t mind having [same] sex marriage…If you feel that that is love, then so be it,” she said. Did you enjoy the show? Let us know in the comments below. – Rappler.com