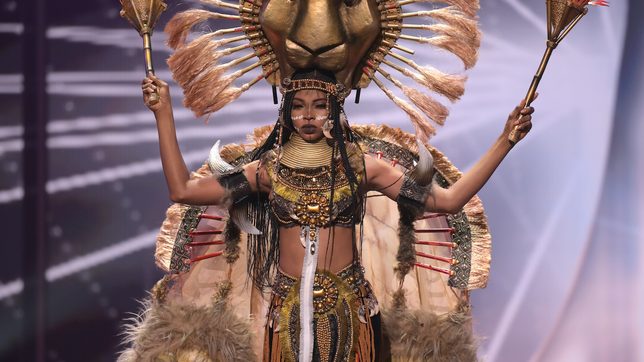 Inspired by Cameroon’s national animal, the elaborate ensemble included a massive lion headdress, a backpiece that fans out into two lion faces on her sides, a gold neckpiece, a beaded top and bottom, and furry shin warmers.

Angele previously sang praises for Kennedy, saying he was “a very young talented man who also deserves this opportunity.” She said that her gowns for the pageant were also made by Filipino designers.

The national costume competition was held in Florida on May 13 (May 14, Manila time). The finals night will be held on May 16 (May 17, Manila time), with Rabiya Mateo representing the Philippines. – Rappler.com