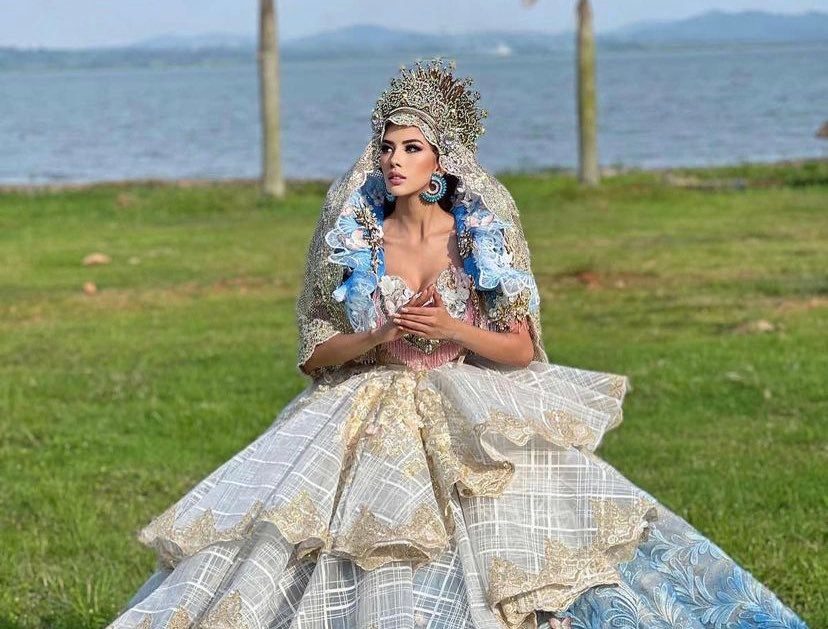 Designed by Marbin Garcia, Herlene said that the ensemble is completed by a big ball that lights up, which symbolizes the Pearl of the Orient Sea. The silver gown is complemented with blue and pink highlights and accompanied by an intricate headdress.

Herlene added that the ensemble was their team’s “Plan B,” as her original costume – the “Karitela ng Kalabaw” piece by Patrick Isorena – was damaged during her flight to Uganda.

The Miss Planet International 2022 was supposed to be Herlene’s first time to represent the Philippines in an international pageant, but she had to withdraw due to “pageant debacles.”

It was later revealed that the delegates were allegedly not provided with any food and accommodation during their stay in Uganda. The Miss Planet International organization has since announced that the pageant has been postponed to January 2023 and will be held in Cambodia instead.

Herlene, who rose to fame as the “Sexy Hipon Girl” from the variety show Wowowin, was named first runner-up in the Binibining Pilipinas 2022 pageant in May. – Rappler.com