Rappler Talk: Rabiya Mateo on humility, inspiration during a pandemic 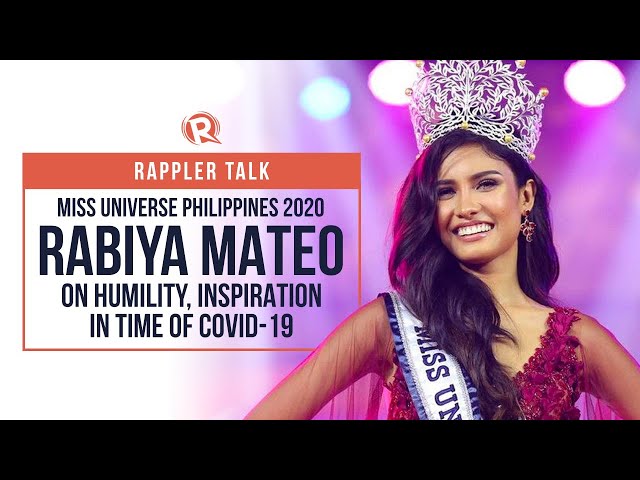 With the Ring Light series, an 8 episode show that documents the journey of the candidates, they instantly became the most-streamed set of candidates in Philippine pageant history. Becoming the first-ever titleholder under the new franchise is no easy feat. Taking into consideration all the time preparing to apply for the national pageant and the 9 months for the MUP journey, it has been at least one year in the making for many of the candidates.

The pandemic and its effect on the pageant – as with all industries – were tremendous. This was not a pageant for the faint-hearted as it was no longer just about styling, beauty, and body. It was for the women with a steely determination and mental fortitude fighting for a dream to represent the country in the world’s most prestigious pageant, Miss Universe.

In this one-on-one interview with Rabiya, you’ll understand why this young woman triumphed. Learn how Rabiya refocused her mindset and leveraged social media to gain popularity and momentum in a social media-driven pageant.

Recent media postings have shared and revealed the very humble beginnings for this woman. When the MUP Organization shifted its core and purpose in response to the pandemic, they sought to find someone who could become a rallying point, a role model, and a harbinger of hope.