‘I was deteriorating’: Pia Wurtzbach reveals struggles during reign as Miss Universe 2015 Facebook Twitter Copy URL
Copied
'What happens is when you win Miss Universe, you’re usually given a psychiatrist because you need that. When your life suddenly changes overnight, you need help,' she says.

MANILA, Philippines – Miss Universe 2015 Pia Wurtzbach opened up for the first time about battling mental health problems, which led her to self-harming and anorexia, during her reign.

Wurtzbach uploaded a video of her first-ever TED talk on her YouTube channel on Friday, December 10, wherein she revealed that she was struggling while fulfilling her duties as Miss Universe.

“For the longest time, I never wanted to admit I was sad, out of fear that people would judge me or say that I’m being ungrateful. Kahit ako napapaisip (I was thinking, too), how can someone like me, who looks like they made their dream come true, still be depressed?” she captioned her video.

Wurtzbach started the 15-minute video by detailing the hardships she went through even before she was named Miss Universe 2015. She talked about being raised by a single mother, being their family’s breadwinner at the age of 11, not getting the big break in her modeling and acting career, having an abusive boyfriend, and joining pageants thrice before she was named Miss Universe Philippines. 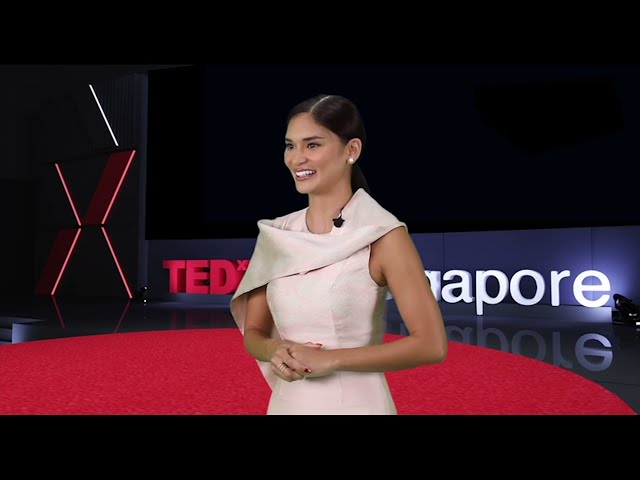 “What people saw after my reign was a Cinderella story and a happy ending. But I was struggling more inside…. Maybe from afar it did look perfect, but the reality was far from it. What happens is when you win Miss Universe, you’re usually given a psychiatrist because you need that. When your life suddenly changes overnight, you need help,” she added.

The beauty queen recalled that after her crowning moment in the prestigious international pageant, she received thousands of death threats. It was then that medical experts diagnosed her with general anxiety disorder and major depression.

“All of the pain and suffering that I’ve endured all my life has manifested in an ugly and self-destructive way,” she said.

Wurtzbach continued that despite struggling mentally, she pretended to be fine and still fulfilled her duties as Miss Universe.

“Nobody saw it. I was always on time. I never missed a day of work and I just kept going. But as soon as the doors of my room closed, I was a different person,” she said.

Wurtzbach then admitted that she harmed herself and suffered from anorexia, an eating disorder where a person starves oneself, during her reign.

“I had unhealthy coping habits. Plural. And I’ll say it straight up. I became anorexic. I was self-harming. I was pulling my hair, a condition called trichotillomania. And in the four corners of my room I also abused alcohol. I was deteriorating. I would just sit there dwelling in my pain, crying. I felt so alone. It was nothing like the people thought I had. I realized that all of the things that I didn’t address when I was younger came back to me in a big and harmful way.”

Wurtzbach explained that she decided to keep her personal battles private to avoid disappointing her supporters, especially since she was seen as a symbol of a strong woman.

“All my life my purpose was to please others, to fit in, to be the Miss Universe everybody wanted me to be. And so I kept it all to myself even though I was slowly deteriorating inside…. Imagine being celebrated as a strong, resilient, determined woman, but deep inside you’re going through that,” she said.

She then thanked the Miss Universe Organization for helping her throughout the whole ordeal by bringing her professional help. “I was determined to stay strong, to continue my mission, my purpose, and to turn things around. I wanted to face my demons and finally take care of my heart,” she said.

Wurtzbach, 32, was the third Filipina to win the Miss Universe title. – Rappler.com