After 5 years, Steve Harvey will no longer host Miss Universe 2022 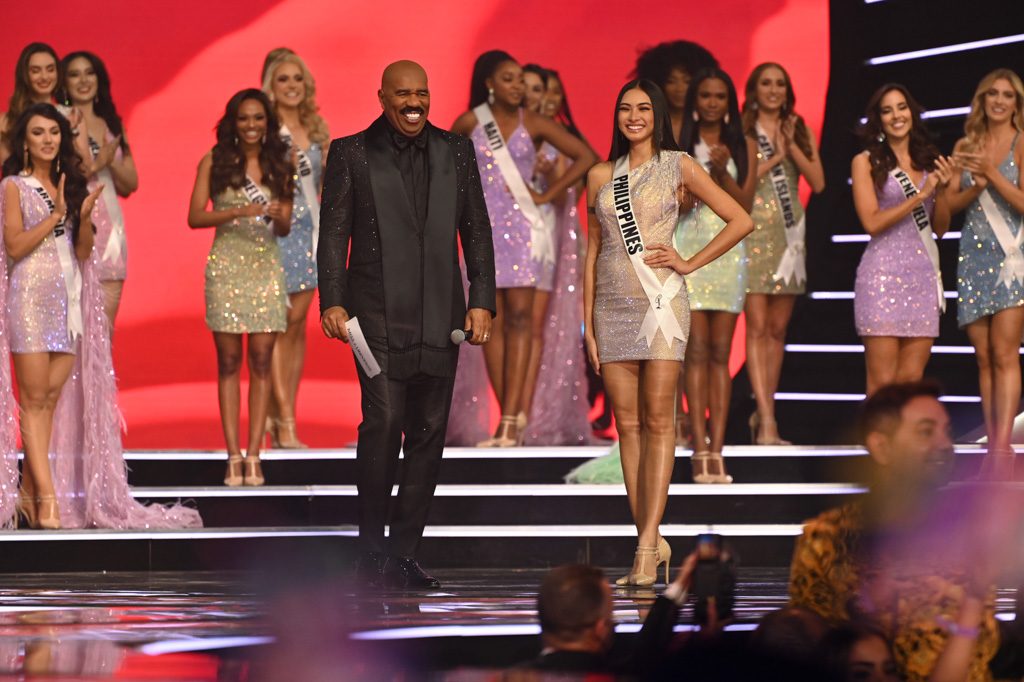 Beatrice Luigi Gomez, Miss Universe Philippines 2021 on stage in fashion by Portia and Scarlett as a Top 16 finalist with host Steve Harvey during the 70th Miss Universe Competition® on December 12, 2021 at the Universe Arena in Eilat, Israel airing LIVE on FOX and Telemundo. Contestants from around the globe have spent the last few weeks touring, filming, rehearsing and preparing to compete for the Miss Universe crown.

MANILA, Philippines – Miss Universe has seen a series of changes in recent months, with the latest being Steve Harvey no longer hosting the pageant.

According to a Variety report posted Tuesday, December 6, Miss Universe organization CEO Amy Emmerich confirmed that Harvey will no longer return to host the 2022 pageant, and instead a female one will take his place. She added that the new host will be announced in the coming weeks.

“My goal was really to make sure we led with a female lens this next go-around,” Emmerich said. “It was a rare opportunity to be able to kind of restart in a whole new place.”

Most pageant fans knew Harvey as the host who mistakenly announced the wrong winner in the Miss Universe 2015 pageant. Instead of calling Philippines’ Pia Wurtzbach as the titleholder, he initially announced that the crown belonged to Colombia’s Ariadna Gutierrez.

After that, Harvey hosted the pageant for five more years as part of Miss Universe’s deal with the FOX channel. Following the end of the deal, the Miss Universe pageant will also move its streaming to the Roku channel.

In October, it was announced that Thai billionaire Jakapong “Anne” Jajkrajutatip was the new owner of the Miss Universe franchise.