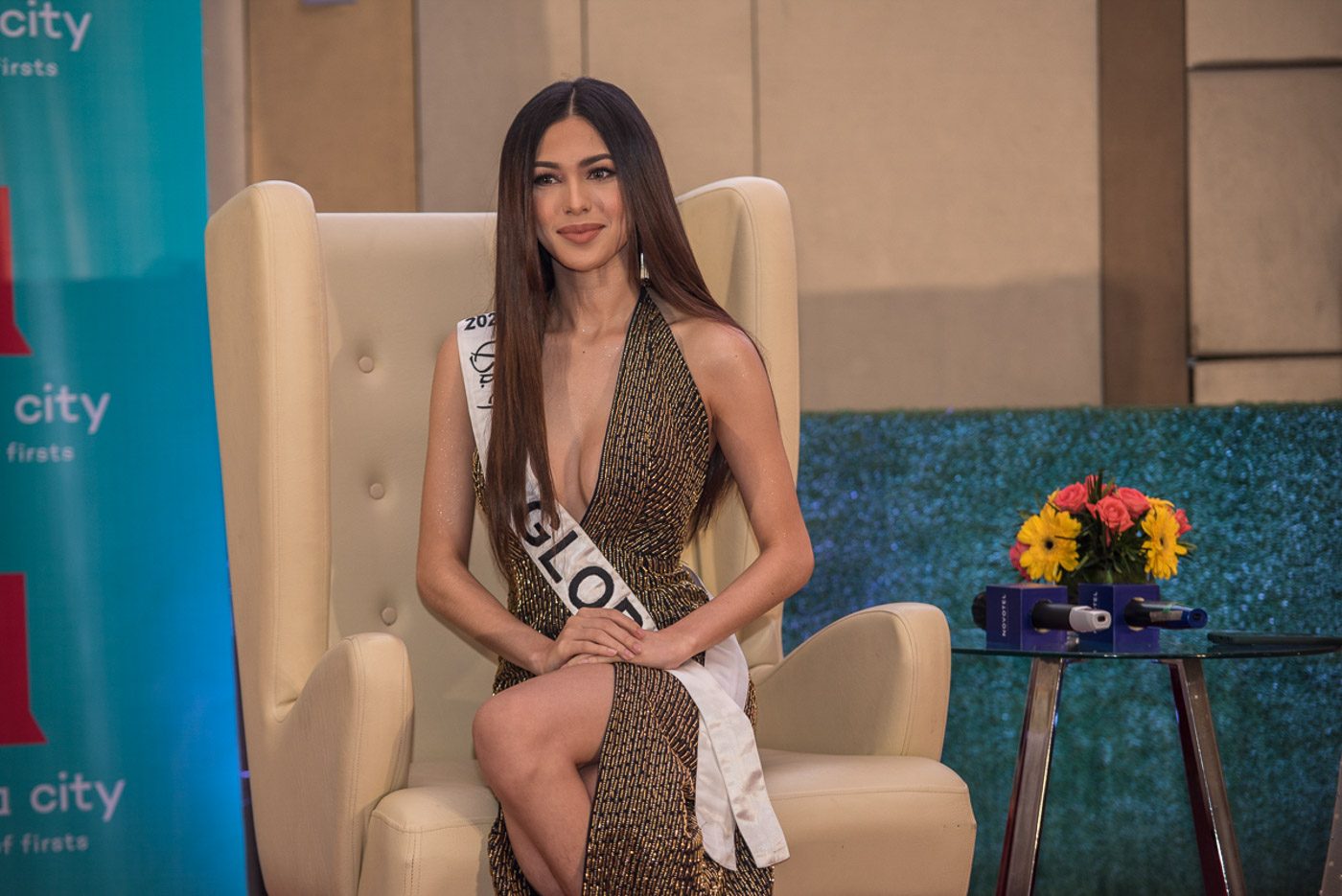 Back-to-back wins might be a hard feat to achieve in international pageants, but Binibining Pilipinas Globe 2022 Chelsea Lovely Fernandez still has her eyes set on the crown.

“I have to admit that a back-to-back [win] is hard. It’s a difficult task. However, it’s not impossible to achieve it,” Chelsea said during the Binibining Pilipinas send-off party on September 19. “ With all of our hard work and determination, we could definitely get it.”

PH to the Globe

At 22 years old, the Tacloban beauty queen already has several pageant wins under her belt – she was Reyna ng Aliwan Fiesta 2018, Miss Philippines Earth-Water 2019, and Miss Bikini Philippines 2020. There’s no surprise then when she quickly became one of the early favorites during her Binibining Pilipinas 2022 stint.

“I’ve been representing Tacloban City for how many years already and now that I’m given the chance to wear a Philippine sash, hindi ko po sasayangin (I won’t waste this opportunity). I’m ready,” Chelsea said during the send-off event.

In her introduction video for the Miss Globe pageant, Chelsea put a spotlight on her advocacy of empowering women and children.

“Since 2019, I have established partnerships and collaborative works with various groups in the Philippines that advocate for ecological protection and preservation of empowering communities, especially among the youth through ecological rehabilitation efforts and humanitarian relief and resilience initiatives,” she said.

A quick scroll through her Instagram profile also shows Chelsea being involved in such projects. “Education is important because it empowers the future. I wish that all Filipino children would have access to education so that they can pursue their aspirations in life,” she wrote in one post.

She also received a question about education during the Binibining Pilipinas Q&A segment, wherein she was asked, “How important is it to look back at our history and learn more about the personalities about our past in order to build a better future?”

In a separate Instagram post, Chelsea explained why she deems it important to empower women and children. “The violence of any kind has no place, regardless of gender or social standing. May we continue to be kind and share empathy to make this globe a better place to live in,” she said.

Aside from being a beauty queen, Chelsea is also a model. In her Binibining Pilipinas candidate profile, the mass communications student shared that her interests included making a documentary film about the “lives of the people [she] have helped during the pandemic.”

She said that her dream was to become a broadcast journalist, but according to her, God has bigger plans for her. “He wants to know that I want to influence others on another stage where I can use my youth empowerment advocacy,” she said.

Chelsea also mentioned that she loves to travel and dreams of becoming an international diplomat.

Chelsea is currently in Albania in hopes to become the country’s third Filipina to bring home the Miss Globe crown. The Philippines’ Maureen Montage is set to crown her successor on October 15. – Rappler.com