Among the crop of candidates in Binibining Pilipinas 2021, Meiji Cruz, 27, stood out for her strong walk, her stage presence, and her bright energy.

It came as no surprise that the beauty queen breezed through each round of the pageant, and ended the night with a Best in Swimsuit title and second runner-up crown.

It may seem like Meiji’s road to the crown was a smooth ride, but she’s had to go through her fair share of challenges to get to where she is today.

The 2021 competition is not Meiji’s first pageant experience. She competed in her hometown pageant Binibining Valenzuela in 2010, where she placed first runner-up.

She joined again in 2011, where, at 17 years old, she won the crown after speaking out about the problem of overpopulation in the Q&A round – a statement that was considered controversial at a time when the reproductive health bill was being deliberated.

Buoyed by her success in the local pageant, she joined Binibining Pilipinas in 2012 – the year that saw Janine Tugonon take the crown and go on to become first runner-up in the Miss Universe pageant. When Meiji’s first attempt at a Binibining Pilipinas title ended early, she turned her focus to family.

As the eldest daughter, she took on the responsibility of helping out her parents after their business failed and left their family in dire straits.

(When my parents’ business failed, I saw how they struggled. My mother went home to the province because of depression. My father returned to being a tricycle driver.) 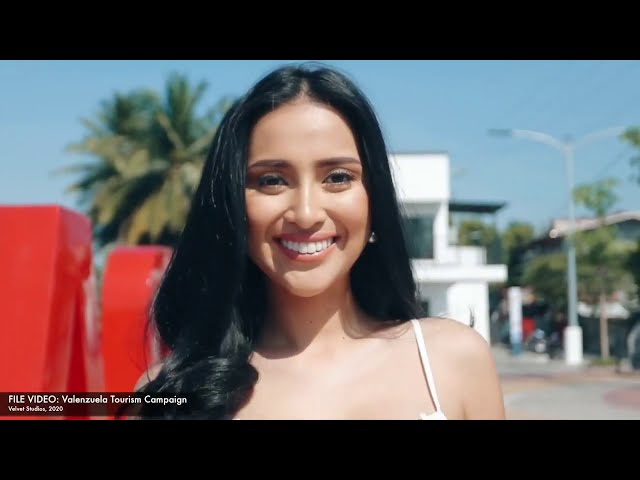 She then put her college education on hold so she could work, and picked up various modeling jobs to earn money.

“I supported my family’s expenses. I sent my sister to college, and I saved up for my mom’s placement fee to go abroad. Just two years ago, sa pagtutulungan namin, naka-ahon kami (by working together, we were able to bounce back),” she said.

She graduated from St. Scholastica’s College Manila in 2019 with three degrees: broadcast journalism, psychology, and guidance and counseling.

After her graduation and almost a decade since her first run, the road was clear again for her to take another crack at the Binibining Pilipinas crown – which she now proudly wears alongside her fellow queens.

Caring for herself and others

Throughout her journey, Meiji credits yoga for reminding her to take care of herself too. She also believes that yoga inversions and meditation have helped her cope with the anxiety brought about by the pandemic.

Even as she pursues her own dreams, Meiji continues to have a heart for helping others. Her social media feed is peppered with posts raising awareness about various causes – from mental health awareness to LGBTQ+ equality.

Her efforts go beyond the internet, and she has regularly volunteered for relief operations with Gabriela, which she has been supporting even as a working student.

Her Binibining Pilipinas journey may have already reached its fairy-tale ending, but with her grace, smarts, and battle-tested grit, it’s only just the beginning for Meiji. – Rappler.com