MANILA, Philippines – The Miss Universe Philippines 2022 coronation night is set for Saturday, April 30, and Filipino pageant fans can catch the show as it streams live, for free, starting 7 pm on ABS-CBN Entertainment YouTube Channel, iWantTFC, and The Filipino Channel.

“We’re ready to bring the Universe a #UniquelyBeautiful digital viewing experience,” the organization said in a social media post on Monday, April 18. “Everyone around the world can now watch the coronation live and for free.”

Bamboo, Sam Concepcion, and Francisco Martin will be performing.

Those interested to watch the coronation night live at the Mall of Asia Arena can also purchase tickets; passes range from P950 for General Admission to P13,500 for VIP Premium.

The pageant finals will also be available on a delayed broadcast on GMA on Sunday, May 1, from 9 am to 12 pm.

Prior to coronation night, the Miss Universe Philippines 2022 preliminary competition is set for April 27. Additional details have yet to be announced. – Rappler.com 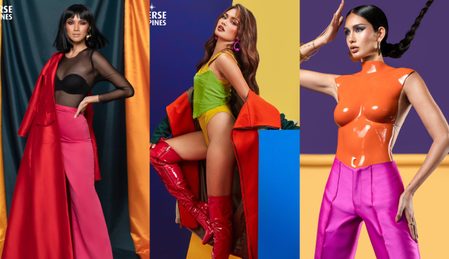