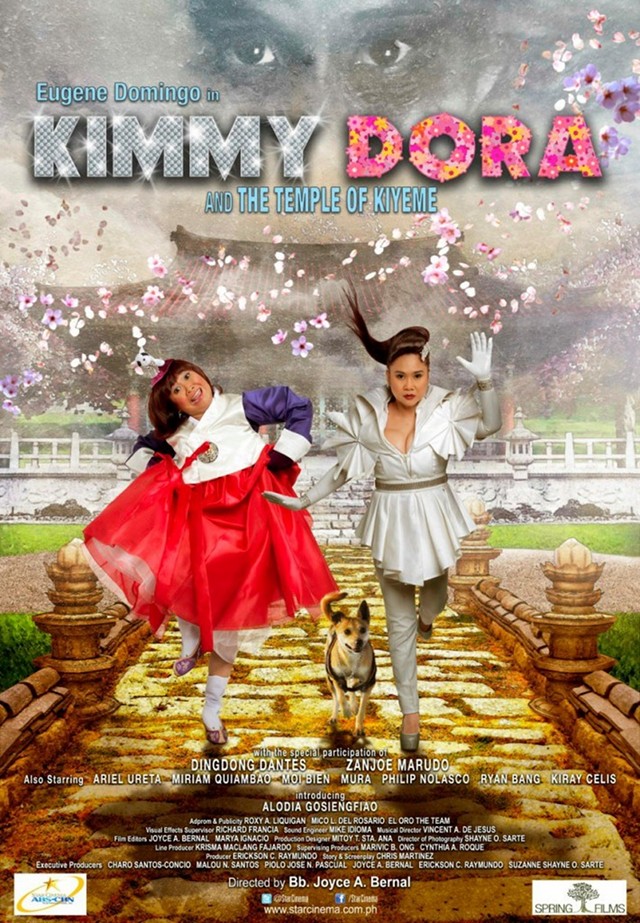 MANILA, Philippines - There are many reasons why the second installment of Kimmy Dora is much anticipated. The most compelling of them is its predecessor, which created waves of laughter and attention and made a lot of money when it was shown, catapulting Eugene Domingo into full-blown stardom.

But the sequel received lukewarm reaction both from reviewers and ordinary moviegoers. To be completely generous, crisp laughter and applause were like rain showers in Kimmy Dora 2 compared to the thunderous claps and mirth enjoyed by Kimmy Dora 1.

There is no need to critique the film. A movie like Kimmy Dora does NOT require an eloquent plot. In fact, this is where I think it went kaput.

By introducing a slightly complicated plot, it lost its charm.

Instead of riding into waves of well-constructed situations where Eugene can completely wow us with her magic, the latest installment chose to give us a back-story, some flashes of foreign sceneries and a dust of scare factor here and there.

My verdict? First 15 minutes of the film was hilarious. The middle can be skipped and the end credits where it showed the bloopers should have made the final edit!

The fact that people weathered the storm over the weekend to catch Kimmy Dora is an indication that they want to be entertained.

It’s not a surprise that it has some big shoes to fill in and a bigger expectation to slay. Props to Eugene and the makers of the film for even daring to face this challenge.

I hope the producers and creators of Kimmy Dora would take serious caution in extending the series more than it should and squeeze it with every single peso it can churn out--the same fate that happened to the Tanging Ina franchise which was brilliant when it first came out only to be completely undistinguished after the plot has been dehydrated and bastardized all in the name of profitability and MMFF.

Restraint is a hard lesson to learn. More so, if you are talking about millions of pesos, for the producers and millions of ideas, for the creators and director. - Rappler.com