MANILA, Philippines – Sam Tsui and Kurt Hugo Schneider, talented musicians who rose to fame via YouTube, and friends of the late Christina Grimmie, paid tribute to the slain singer at their Manila concert Saturday night, July 9 at the Smart Araneta Coliseum.

#JustADream for the wonderful @TheRealGrimmie, gone too soon. If you've ever loved somebody, put your hands up. pic.twitter.com/oi8IKCsANA — Wyatt Ong (@wyattcaraway) July 9, 2016

Christina, a rising star hard at work at growing her career, was killed by a gunman following an Orlando concert in June. She was only 22.

At their Manila show, Sam and Kurt played a slow version of Nelly's "Just A Dream" to honor Christina's memory. Back in 2010, Kurt, an all-around musician and producer, released a cover of the song, a collaboration between him, Sam, and Christina. It was a major hit on YouTube – the version on Kurt's channel has over 122 million views to date. It's an important song that expanded the following of all 3 stars. Kurt has said in the past that he's unlikely ever to tire of playing the song, especially its piano intro, one of his favorites.

"She was so talented, so beautiful in spirit, and we feel so incredibly fortunate to have known her and gotten the opportunity to make music with her," Sam told the Manila crowd before playing the song.

"So this next song is all about her, about Christina Grimmie, about love, about the power of music, and the power of love." 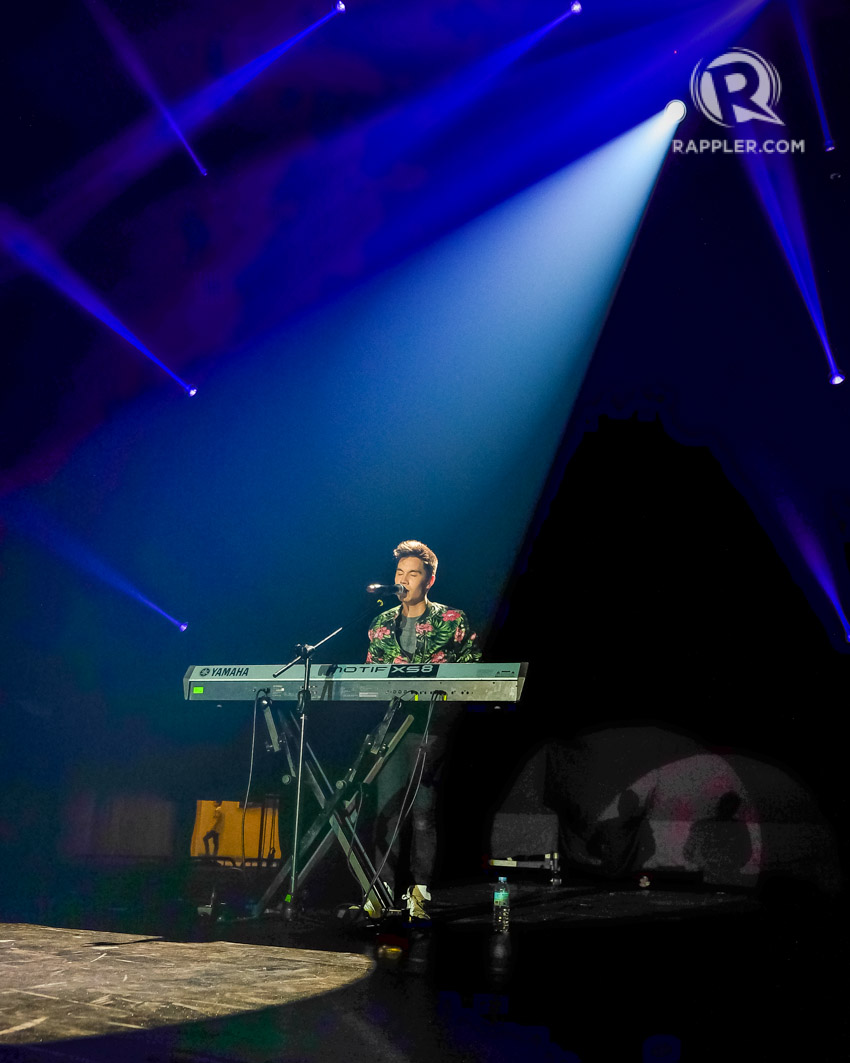 FOR CHRISTINA. Sam Tsui plays a slow version of 'Just A Dream' for his and Kurt's friend, Christina Grimmie. Their previous collaboration on a cover of the song by Nelly was a mega hit on YouTube.

The band Lynk, Max Schneider, Tiffany Alvord, and Leroy Sanchez all performed separate sets at that concert as well.

Sam and Kurt previously visited the Philippines in 2014, and Kurt visited again in 2015, attending YouTube FanFest in Manila. Christina also visited Manila in 2014, playing a series of mall shows for her Filipino fans. – Rappler.com