F4 THAILAND. The upcoming show is a remake of 'Boys Over Flowers.'

Boys Over Flowers tells the story of a girl from a working-class family who enters a school for the wealthy, ruled by a group of popular boys known as F4. The girl eventually stands up to the group, and their leader eventually falls in love with her.

The popular manga is also the basis for the Taiwanese hit show Meteor Garden, which turned stars Barbie Hsu and Jerry Yan into household names. The original Meteor Garden, its 2018 remake, and the South Korean series Boys Over Flowers all aired on ABS-CBN.

WATCH: The trailer for ‘F4 Thailand’ is out 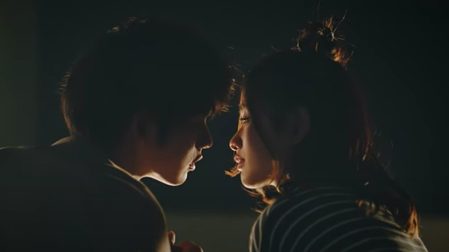 The show will also star Tu Tontawan as the lead girl, Gorya, and Dew and Nani as other members of F4. Cindy Bishop of Asia‘s Next Top Model fame, and former Miss Universe Thailand Maria Poonlertlarp will also be joining the cast.

F4 Thailand will be available on ABS-CBN platforms Kapamilya Channel, Kapamilya Online Live, A2Z Channel 11, and iWantTFC. A premiere date has yet to be announced. – Rappler.com