ABS-CBN announced on Friday, July 31, the launch of “Kapamilya Online Live,” an online entertainment channel that will be streamed for free on YouTube and on Facebook.

The new product, which will begin streaming on August 1, is available for free both on ABS-CBN Entertainment’s YouTube and Facebook pages.

Both old and new ABS-CBN programs will be streamed on the new channel but will only be available in the Philippines.

Unlike iWant, ABS-CBN’s on-demand streaming platform, “Kapamilya Online Live” on Facebook features regular time timeslots for its programs, as well as breaks between timeblocks. The day’s stream will be available for replay 24 hours after it was first aired live. 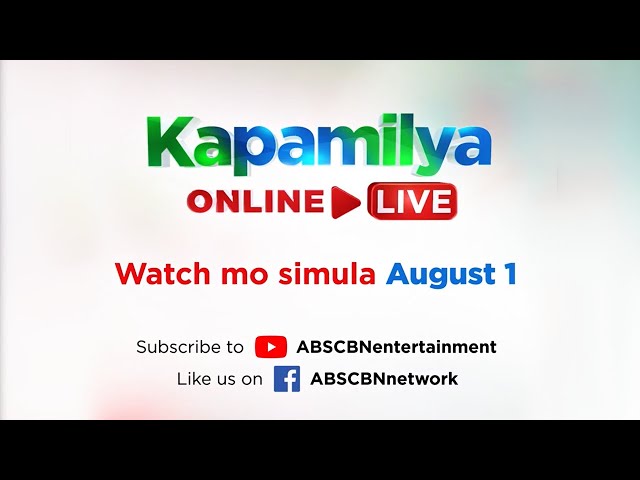 Programs from Monday to Friday include:

TV Patrol and The World Tonight will still be streamed live online, but through ABS-CBN News’ YouTube and Facebook pages.

The new online channel comes as ABS-CBN shifts efforts to digital and cable platforms after they were denied a franchise that would allow them to air on free TV.

ABS-CBN’s Channel 2 has been off-air since early May, following an order by the National Telecommunications Commission. ABS-CBN’s franchise had expired because the House of Representatives failed to act on it. On July 10, a House committee voted against granting ABS-CBN a new franchise.

ABS-CBN is the country’s biggest media conglomerate and employs over 11,000 workers. The denial of its franchise has resulted in massive retrenchments across its different units and divisions. The network earlier launched the Kapamilya Network, a channel that airs both old and new ABS-CBN shows but is available online via cable. – Rappler.com