WATCH: Donny Pangilinan, Belle Mariano fight for their love in ‘He’s Into Her’ season 2 trailer

COMING SOON. 'He's Into Her' season 2 is set to premiere in April.

MANILA, Philippines – ABS-CBN’s iWantTFC released on Saturday, March 19, the full trailer for the highly-anticipated second season of He’s Into Her, starring Donny Pangilinan and Belle Mariano.

The almost three-minute clip teased fans with more kilig, drama, and heartache as Deib and Max (Donny and Belle’s characters) struggle to continue their relationship amid unresolved issues.

The video shows that Deib will try to get approval from Max’s father, and that he will also face a bullying complaint that could lead to expulsion. The rivalry between Deib and Randall (played by Jeremiah Lisbo) also continues, which eventually causes a rift in Deib and Max’s relationship. 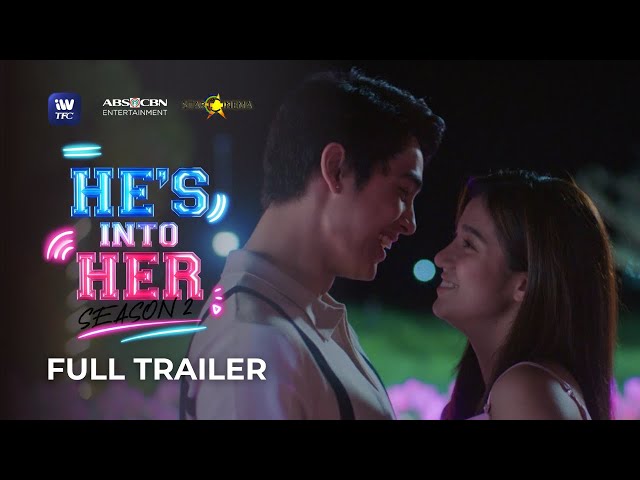 Based on the best-selling Wattpad novel by Maxine Lat, He’s Into Her follows the story of Max, a girl from a small town who agrees to live with her wealthy father in Manila. There, she stands up against Deib, the school’s varsity captain. The two start out as sworn enemies but their relationship grows as they’re forced to work together for a project.

He’s Into Her season one, which premiered in May 2021 and ended in July 2021, had high ratings during its run. It marked the debut of Donny and Belle’s love team, DonBelle.

The second season of He’s Into Her is set to premiere in April but a final release date has yet to be announced. – Rappler.com