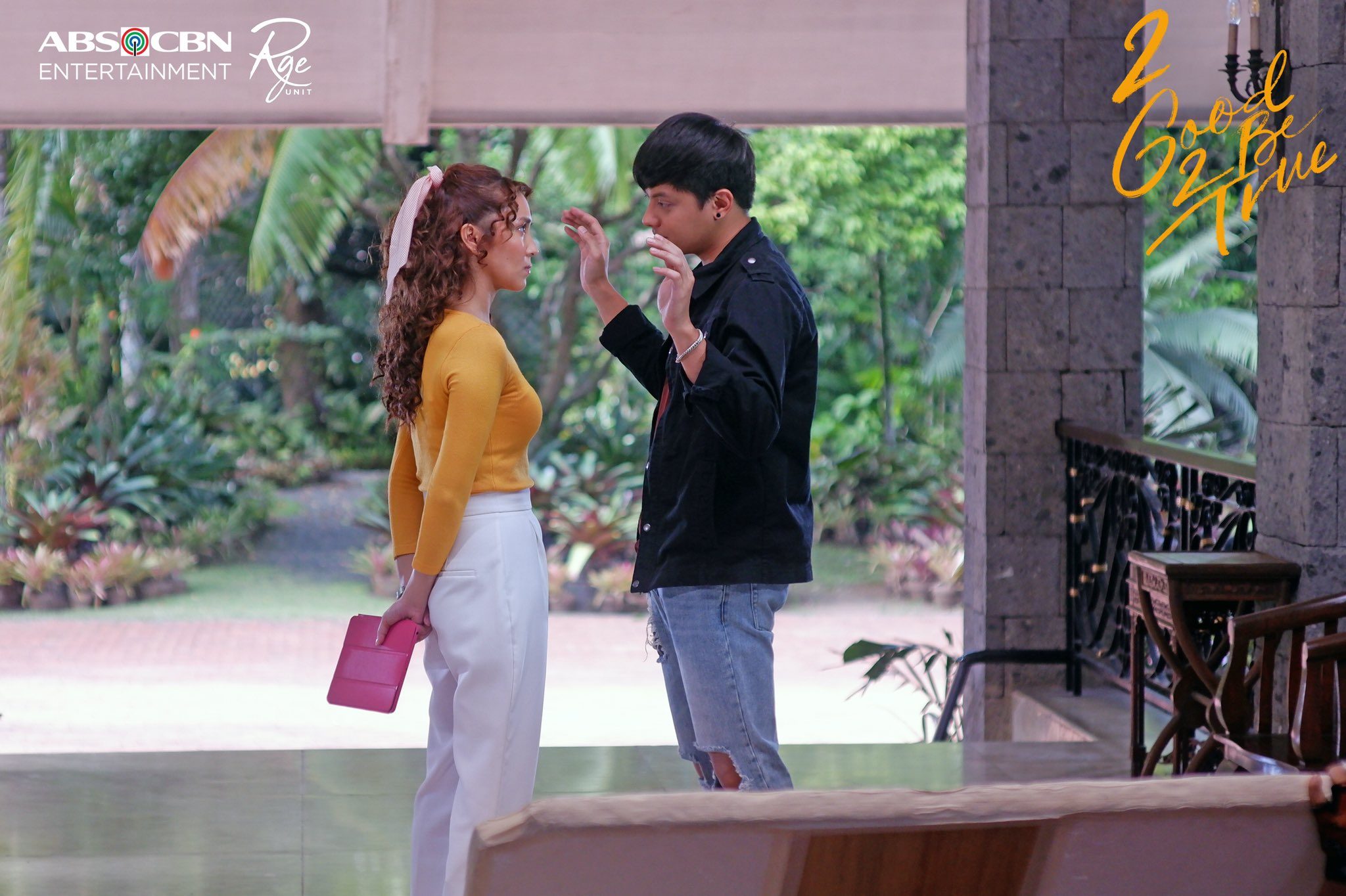 SOON. Kathryn Bernardo and Daniel Padilla team up for their teleserye comeback '2 Good 2 Be True.'

MANILA, Philippines –  Fans of Kathryn Bernardo and Daniel Padilla have been blessed with a new teaser of 2 Good 2 Be True, the real-life couple’s teleserye comeback in four years.

The 55-second video released on Sunday, March 7, reveals more of Kathryn and Daniel’s characters, which are slightly different from their glammed-up versions shown in the first teaser. It hints at a developing love story between the two after getting acquainted at a crime scene in a hotel and in several other locations.

Aside from the teaser, ABS-CBN’s RGE unit also released behind-the-scenes photos of the series’ lock-in taping, which began in October 2021.

On her Instagram account, lead actress Kathryn shared several photos from the filming of their series. In one post, she posed with co-star Ronaldo Valdez, whom she called her “favorite actor.”

2 Good 2 Be True serves as the love team’s primetime teleserye after their fantasy series La Luna Sangre, which aired in 2017. Both Kathryn and Daniel have said that they specifically chose a romantic comedy for their next project, saying that they’re hands-on with this series.

Kathryn and Daniel last starred in the digital movie series The House Arrest of Us which aired from October 2020 to January 2021. They also recently released a 90-minute documentary to mark their 10th anniversary as a love team.  – with reports from Euna Regaspi/Rappler.com