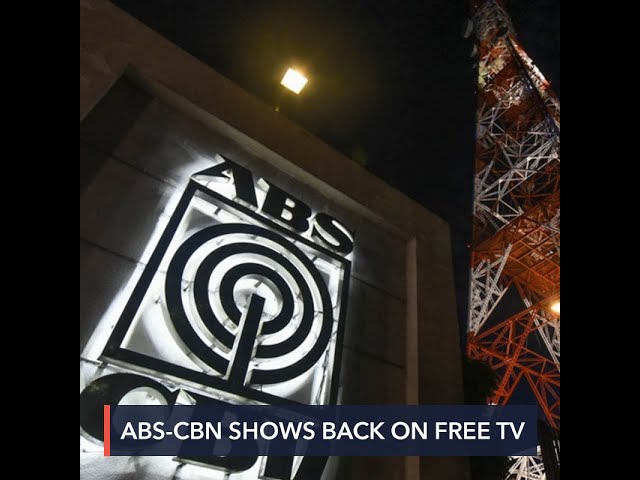 Several ABS-CBN shows and films are set to return to television as they air on the Zoe Broadcasting Network’s A2Z channel 11 beginning Saturday, October 10.

The network has yet to announce the full line-up of shows that will be airing on the channel, but a previous post on the Kapamilya Online World Facebook page said that noontime variety shows It’s Showtime and ASAP Natin ‘To will be among them.

A2Z channel 11 is a free TV channel available on analog TV in Metro Manila and nearby provinces. It can also be viewed via Sky Cable channel 11 and Cignal TV channel 183.

“ABS-CBN and Zoe are committed to work together to provide entertainment, public service programs, and educational content to the public,” ABS-CBN said in a statement.

ABS-CBN’s flagship channel 2 went off air on May 5, following a cease-and-desist order from the National Telecommunications Commission after its Congressional franchise expired on May 4.

The network’s application for a new franchise was rejected by Congress on July 10, forcing the company to retrench many of its 11,000 workers.

Since going off-air, select ABS-CBN news and entertainment programs have been available online via Kapamilya Online Live on YouTube and Facebook, and on cable and satellite TV via the Kapamilya Channel. – Rappler.com