‘Unbelievable’: ‘All of Us Are Dead’ director reacts to series’ global success MANILA, Philippines – All of Us Are Dead, the latest zombie-themed series from South Korea, has topped Netflix’s international charts since it made its premiere on January 28, and director Lee Jae-kyoo is grateful for the viewers’ response.

According to reports by Soompi and Koreaboo, the director had an exclusive interview with E Daily to talk about the success of the series.

“It’s unbelievable how much love and support the show has been getting worldwide and I’m so grateful,” director Lee said. “I know this will mean a lot to the cast and staff who dedicated themselves to making this show happen over the past two years.” 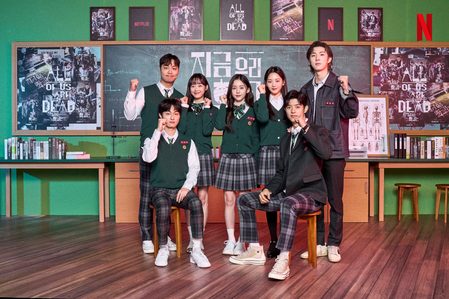 Based on the popular webtoon Now At Our School by Joo Dong-geun, All of Us Are Dead revolves around a virus-ridden school whose surviving students try to defend themselves from a zombie apocalypse. Viewers had since complimented the series adaptation for remaining faithful to the original webtoon.

“The original webtoon artist and I agreed to make All of Us Are Dead as zombie-filled as zombie shows get. I hope the episodes capture that direction we decided to take…. But I had a blast working on this, so I can hope that the audience can, too, see the passion and effort that went into the production,” director Lee continued.

Lee also commented on his decision for casting rising actors, instead of already established ones. “I thought that bringing on actors who were great at acting but still unknown to the public would add to the immersion of the series,” he said.

“I believe that [viewers] will find [themselves] falling more and more in love with both the characters and the actors who play them. It’s a testament to the appeal that each character has.”