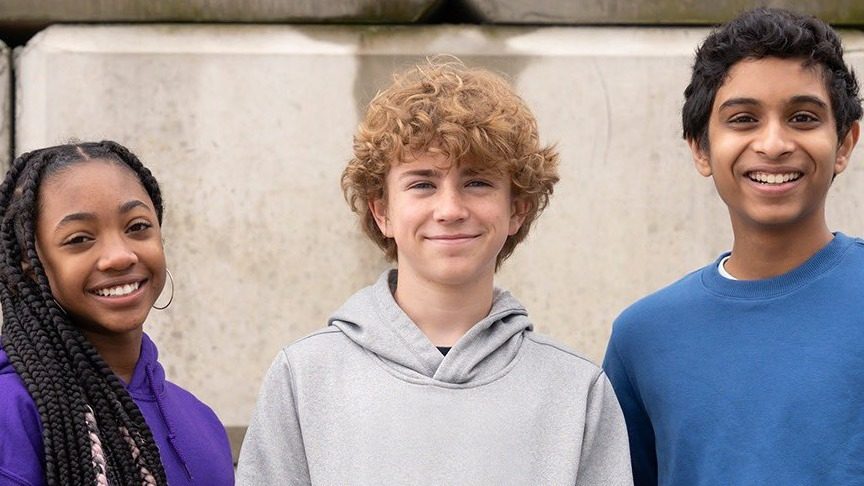 CAST. 'Percy Jackson' reveals the cast for Grover and Annabeth.

MANILA, Philippines – The gang is finally complete! Disney+’s upcoming Percy Jackson and the Olympians reboot series has finally found its Grover Underwood and Annabeth Chase – the two main characters and best friends of Percy Jackson will be played by Aryan Simhadri and Leah Sava Jeffries, respectively.

The franchise’s official Twitter account shared the announcement on Friday, May 6, welcoming home the demigods. In between Aryan and Lea is The Adam Project actor Walker Scobell, who was recently cast as the titular character for the new adaptation in April.

Disney+ also called them “heroes in the making”.

Leah is known for her roles in Empire and Rel, while Aryan appeared in Disney+’s Cheaper by the Dozen reboot series. Filming will reportedly begin in June in Vancouver, Canada.

The Percy Jackson and the Olympians series, which was written by Rick Riordan, revolves around young Percy Jackson, the half-human, half-god son of Poseidon who is first sent to Camp Half-Blood, where he meets fellow demigods Annabeth Chase and Grover. Together they embark on adventures involving the gods of Mount Olympus and other fantastical foes.

Disney+ first announced the news of the live-action adaptation in January 2022.  Riordan will write the series pilot alongside Jon Steinberg. Steinberg will also be overseeing the series alongside his producing partner Dan Shotz.

The first two books of the series were previously adapted into films, The Lightning Thief in 2011 and Sea of Monsters in 2013. It starred Logan Lerman as Percy Jackson, Alexandra Daddario as Annabeth, and Brandon T. Jackson as Grover, but the films received mixed reviews from critics and the fanbase. – Rappler.com