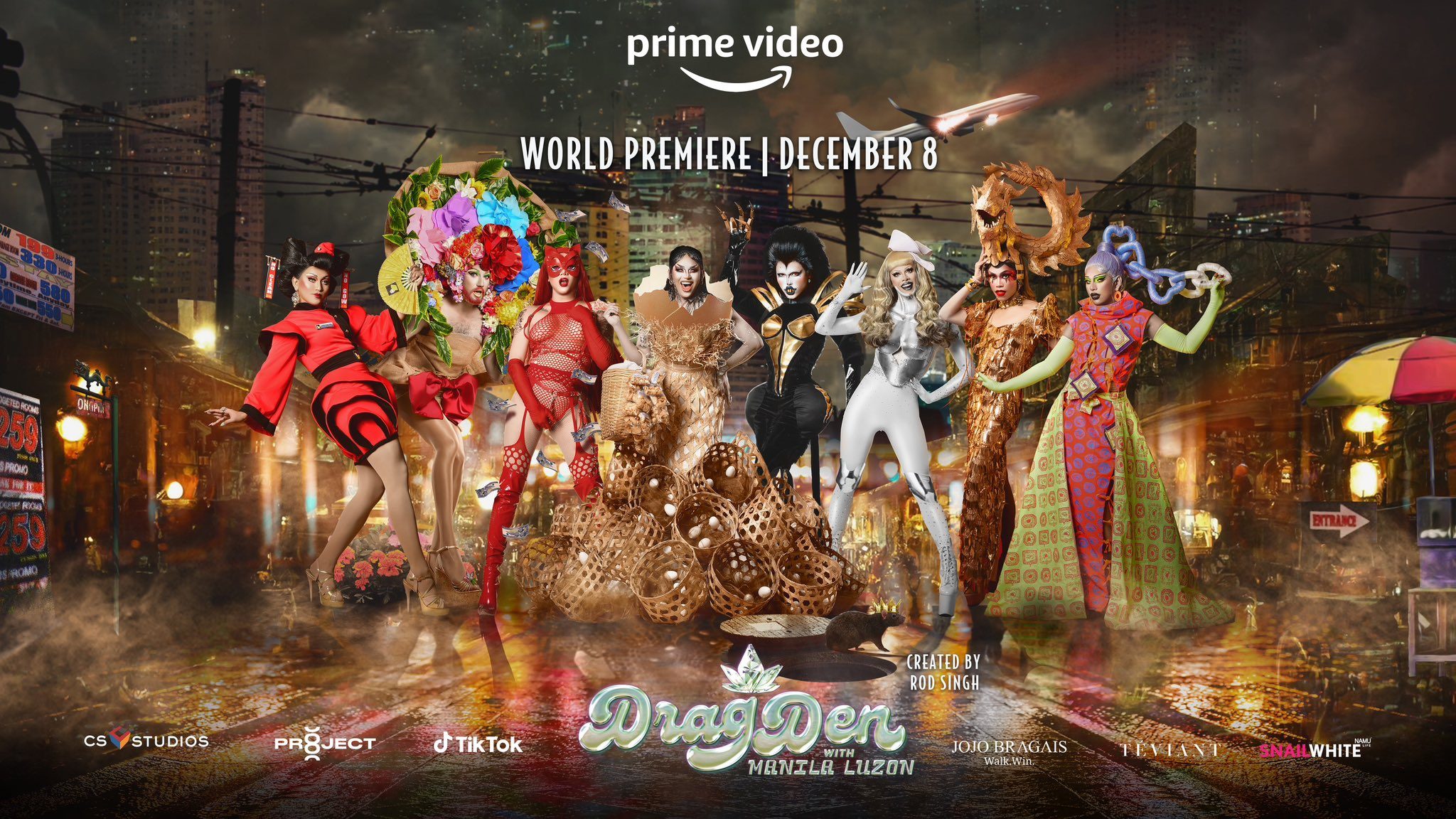 MANILA, Philippines – Ahead of its premiere, Drag Den Philippines got social media buzzing with the release of the official posters for its cast.

Since November 18, the drag reality competition series started sharing photos online of the queens posing for the theme “Manila by Night.”

OA, the Campy Chameleon of Parañaque, channeled the streets of Quiapo for her look.

Lady Gagita, the Internet Icon of Davao, drew inspiration from the streets of Sta. Mesa.

Pura Luka Vega, the Blessed Lady of Manila, emulated the flowers of Dangwa in her ensemble.

Shewarma, the Bright Fireball of Manila, brought Pateros to life with her outfit.

NAIA, the Sassy Youngster ng Las Piñas, remained true to her brand with her airport-inspired ensemble.

Barbie Q, the Pageant Showgirl of Quezon City, looked feisty as she portrayed Quezon Avenue in her ensemble.

And Maria Cristina, the Warrior Diva of Bulacan, channeled Binondo for her look.

Dubbed as a “drag pageant for Filipinos by Filipinos,” Drag Den Philippines will be hosted by RuPaul’s Drag Race star Manila Luzon.

The competing queens were first introduced on November 17 in a video. Aside from the queens, the video also revealed that Miss Grand International 2016 1st runner-up Nicole Cordoves and social media personality Sassa Gurl will be joining Manila Luzon in the competition series.

The show, which was first announced in July 2021, is produced by Cornerstone and Project 8 with Antoinette Jadaone and Rod Singh as creative directors and producers.